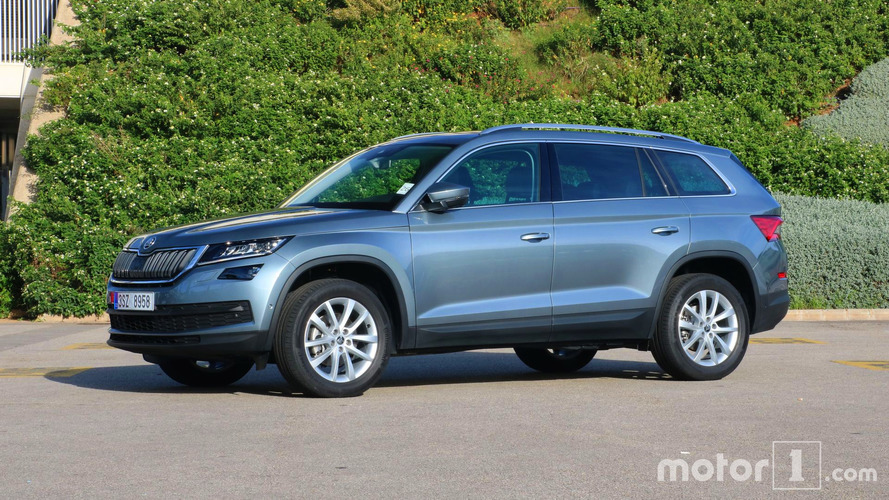 The early returns on Skoda’s first SUV are quite positive – even if we didn’t drive it near the Arctic.

Sadly, we aren’t breaking news about Skoda returning to the U.S. anytime soon. However, when Motor1-France got its First Drive of the brand’s first-ever SUV, we couldn’t help but translate it. Bound for America or no, ever since the Paris Motor Show, we’ve been dying to know how the Kodiaq acquits itself on the road. Read on for forbidden fruit fun.

With its first SUV, named Kodiaq, Skoda harbors the hope of significantly increasing its sales in Europe. Having sold 19,336 cars in France from January to October, the Czech brand already boasts a positive record since the start of the year, with a 7.2-percent rise in sales year over year.

Driven by its Fabia/Octavia/Superb trio, Skoda now hopes to revolutionize the SUV segment with an accomplished product that benefits from the Volkswagen group's savoir-faire and, "Simply Clever" solutions. In order to put the car through its paces, we went to Mallorca – quite a stretch from Kodiak Island (Alaska) and its Kodiak bears, after which the car is named.

Families will be thrilled by its very large trunk – up to 72.9 cubic feet when you take the second and third rows down. No car has a larger trunk in this segment, in Europe.

Unlike many SUVs nowadays, the Skoda Kodiaq is aesthetically interesting, drawing inspiration from the VisionS concept introduced in Geneva back in March. Front lighting is two-part, with full LED headlights framed by Audi-like lower elements. Skoda uses the same aesthetic for its new Octavia, which will be introduced next year.

The Kodiaq body bears a very sculptural figure, quite Germanic, with a bit of a stocky build and a stark waistline. The rear end is more conventional, with lights that draw inspiration from the recent Seat Ateca. Skoda also offers a wide range of wheels – although we might have drawn the short straw with 18-inch rims on our test car. Optional 20-inch rolling stock might make a lot more sense considering the car's beefy dimensions.

Being 185 inches long, 74 inches wide, and 66 inches tall, the Kodiaq is a most imposing SUV. Families will be thrilled by its very large trunk – 25.4 cubic feet in a standard configuration (five seats), and up to 72.9 cubic feet when you take the second and third rows down. No car has a larger trunk in this segment, in Europe.

There's even an umbrella in the door, Rolls-Royce style.

The interior of the Kodiaq is equally as satisfying as its dimensions. We were especially impressed by its painstaking design and sturdy build. The quality of the center console is remarkable, with the same soft-touch plastic as in other cars of the VW Group. Certainly the meticulously designed interior somewhat belies the stern external appearance.

The layout of the controls is good – you can easily and instinctively find all of the highest use items – while secondary controls are gathered in the new 9.2-inch touchscreen. That display is very complete, thankfully – for it will be included in the new Volkswagen Golf.

As usual at Skoda, engineers resorted to a few "Simply Clever" solutions with practical tricks. There’s a protecting strip on the top edge of the door, a travel pack with a blanket, an aviation-like extra headrest, and the In Car Communication system, which allows easy interaction. There's even an umbrella in the door, Rolls-Royce style.

Acceleration is good, though not extravagant, and the fuel consumption is well managed with an average around 29 miles per gallon.

We put the Kodiaq through its paces in the numerous tight corners that made up our route to the highest point on Mallorca Island. Having chosen a 2.0-liter TDI version – delivering 150 horsepower – with a seven-speed double-clutch transmission and all-wheel drive, we certainly didn't have the lightest car in this category. Indeed, it weighs almost 3,700 pounds without fluids. Still, we were convinced of the car's qualities as soon as we drove it.

Let's not forget this is not a dynamic car, despite the included sport mode. The Kodiaq still accelerates decently, although with an automatic gearbox and all-wheel drive, a 190-horsepower engine might have been better uphill. On conventional roads and highways, the 150-horsepower TDI engine is quite enough. Acceleration is good, though not extravagant, and the fuel consumption is well managed with an average around 29 miles per gallon after some uphill sections. On the highway, the real-time consumption was easily lower than 39 mpg, which is rather good considering the weight of the car.

Although the Kodiaq is an SUV, the body roll is nicely subdued thanks to the multilink rear suspension, which works marvelously. And, contrary to what one might think, it doesn't make the car any less comfortable. The Kodiaq currently seems to be the only large SUV to combine both comfort and dynamism, though one obviously shouldn't expect too much in the latter category.

The Kodiaq meets nearly all the criteria of European SUV buyers.

Unlike many cars on this segment, the Skoda doesn't dive under braking; the steering is quite consistent, even on center, which is quite rare for SUVs, too. Our sole regret may be another aspect of braking – the pedal is a touch too squishy for our tastes.

Available from €24,950 (roughly $26,000), the new Skoda Kodiaq makes a dramatic entrance into the very competitive SUV segment. It will be on sale from March of 2017 onwards, and will compete with the Hyundai Santa Fe (from €25,200), Nissan X-Trail (from €25,480), and future Peugeot 5008, which is also planned for next spring. Not to mention the upcoming Volkswagen Tiguan XL, though that will be more expensive.

Well designed, the Skoda Kodiaq will certainly be appreciated by customers who want to buy a serious car at a cheaper price. And at any cost, the Kodiaq meets nearly all the criteria of European SUV buyers.