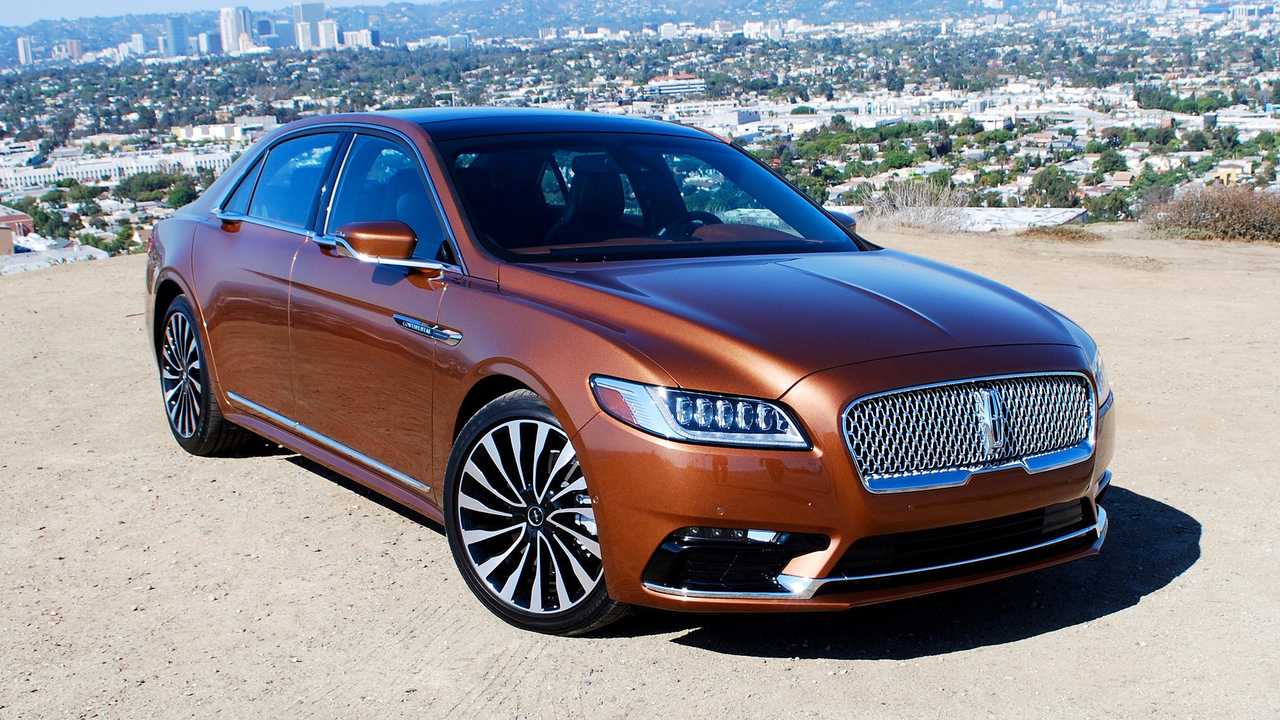 Time is cruel to some institutions.

Consider the penny: the U.S. currency we’ve long tossed into mall fountains, or accidentally dropped onto the ground and contemplated whether it was worth picking up. A penny costs more to make than it’s worth and calls to discontinue it have grown louder. This, despite it’s being the only coin with one of the most esteemed presidents in American history, Abraham Lincoln.

Now consider this Lincoln, the Lincoln Motor Company. Its descent was not so much because of inflation, but rather stagnation; a crowded house back when its parent managed a huge portfolio of prestigious brands and forgettable cars with forgettable names. Lincoln, the motor company, needed a hard reset.

Enter the 2017 Lincoln Continental, a memorable name on a car not at all trying to fit into a mold. Trying to carve a niche in an extremely crowded luxury market, Lincoln chooses to embrace quiet, comfort, and gadgets without going out of its way to please drivers who like to go sideways most of the time. Or bargain hunters, for that matter, as the Continental reaches new price levels for one of the company’s sedans.

Is this shiny new Lincoln worth every penny?

The Continental isn’t like other luxury sedans on the market right now.

Say what you will about the looks, which have been polarizing since the Continental Concept was uncloaked at the 2015 New York Auto Show. The new grille is big and shiny, if slightly jowly. There’s a nod to the Continental Kit hump on the back, but it’s not obvious. And in any case, you’ll be looking at the gorgeous lights at night.

Lincoln would like you to connect it to its stylistic high-water marks, specifically the Continental Mark II of 1956. I find it to be an attractive homage to ’70s and ’80s Lincolns. Others think it looks like a 2000s Taurus.

But the point is the Continental isn’t like other luxury sedans on the market right now, which is certain to appeal to those who don’t particularly like having to look at the back of the car to determine whether it’s a C-, E-, or an S-Class, for example. Plus you can get in a light brown color that sometimes looks like copper.

Cars on my drive in Los Angeles appeared to be put together well, a good thing because they’re just like the ones you can buy now at Lincoln dealership. The Continental has actually been on sale since September, but Lincoln is clearly slow-playing the roll out.

Reserve cars get 19-inch wheels, while Black Label models get 20s. Neither size is particularly audacious by today’s luxury sedan standards, but the 19s especially seem small in the Continental’s wheel wells. The 18s that come on lesser-grade Premiere and Select cars look even more diminutive.

Neither my co-driver nor I actually found a comfortable position in the $1,500 “Perfect Position” seats after several hours of driving.

The gadgetry begins even before you enter the car. Approach the driver’s door and the numbered keypad lights up along the window frame, now flush and touch-sensitive. With the most delicate click from the neatly integrated handles, the door slickly unlatches. Close the door and it quietly latches back up.

Soft-close doors aren’t exactly common on even luxury sedans, but all Continentals have them. The doors also require the push of a button to open from the inside, and that switch isn’t exactly obvious.

The optional 30-way power-adjustable front seats, however, take the award for most lavish feature on the Continental. Numerous door-mounted switches adjust parts of the seat that support places you didn’t know you had before. Seats with a comparatively paltry 24 ways to be adjusted are standard.

Thing is, however, neither my co-driver nor I actually found a comfortable position in the $1,500 “Perfect Position” seats after several hours of driving. Lincoln dealerships probably need to have chiropractors on hand to help new Continental owners find their optimal position and then set it in the set memory. Meanwhile, a Volvo S90’s seats are good to begin with and the controls are there primarily to make sure your feet reach the pedals.

Lincoln is also making a big push about its new 19-speaker Revel Ultima audio system. Again, tune it correctly and it’s impressive. It also comes with technology to make audio with crappy quality (i.e. satellite radio) sound good, and I can say Chris Matthews has never been so sonorous as in the Continental. Maybe it’s worth the $5,000 price tag.

This is clearly a passenger’s car, however. It’s longer than an A6/E-Class/5 Series, with noticeably better rear legroom. A large glass roof slightly impedes on rear headroom, but opt for the $4,300 Rear Seat Package and seats that have nearly as many tricks as the ones up front should make those in back comfortable.

And everyone can marvel at the pretty environment Lincoln has set up inside. Most materials look and feel attractive and it appears many details were sweated. But go for the Black Label cars to get more soft-touch and suede-like coverings.

Mercifully, Lincoln has stuck with the easy-to-understand Sync 3 system found in most Fords these days. The touchscreen system for controlling audio, navigation and basically everything is also free of a half-baked trackpad and responds quickly to your fingertip.

The way to drive this Lincoln is to leave it in the factory settings and glide along.

Most Continental buyers, according to Lincoln folk, will go for the mid-level, turbocharged 2.7-liter V6, with 335 horsepower and all-wheel drive. But all of the Continentals available for us to drive earlier this week around Los Angeles were the most powerful biturbo 3.0-liter models with 400 horsepower and the more elaborate torque-vectoring control for the all-wheel-drive system. A naturally aspirated 3.7-liter V6 serves as the engine for price leader models. All get a six-speed automatic and a set of paddles on the steering wheel.

And after driving the 400-horse version, you should be satisfied by saving some cash and gas on the 2.7. It’s certainly quick, but the 3.0T never feels brisk. You’re audibly alerted to some movement by the transmission’s downshift, but there’s little urgency. That’s not the Continental’s mission anyway, so stick with the smaller engine.

Deep into some submenus visible in the instrument panel are the ways you can alter the steering, suspension, and engine settings. Do that, and the Continental can change from a wafting highway cruiser to something that can hustle impressively down a canyon road. Yet the computer-controlled dampers keep the Lincoln’s ride downright plush, even on the 20s. Tire squeal was present on twisty Malibu roads, but lean and dive were minimal. A number of luxury sedans I’ve driven recently could only wish to have this ride. The adaptive steering also keeps up with most demands, even if it’s always a little overboosted. Obviously, the way to drive this Lincoln is to leave it in the factory settings and glide along.

But that hunt for drive controls revealed the minimalist instrument panel washes out severely in sunlight and the chromed steering wheel rockers have markings not even an owner’s 26-year-old grandson could make out. There are numerous hard keys along the center console for audio and air functions, but they’re small and oddly arranged.

The Continental scores not so much on aiming to be the best luxury sedan on sale today, but by being something special.

Not only can the Continental get into the league of the Audi A7 or the very accomplished Genesis G90, but it’s also up there with its crosstown rival, the Cadillac CT6. The Cadillac and the Lincoln go about their business in nearly opposite ways – the CT6 bowing little to heritage and charging at full-steam towards the German opposition, the Continental firmly rooted in every rosy memory of a Lincoln.

Behind Cadillac on the road to rehabilitation, Lincoln knows it has to be more creative. The Continental scores not so much on aiming to be the best luxury sedan on sale today, but by being something special. Some rivals are more well-rounded for the price, but very few are as memorable. And importantly, that character gives the brand relevance again.

The penny, meanwhile, continues to be irrelevant. The Continental proves the other Lincoln is worth saving.