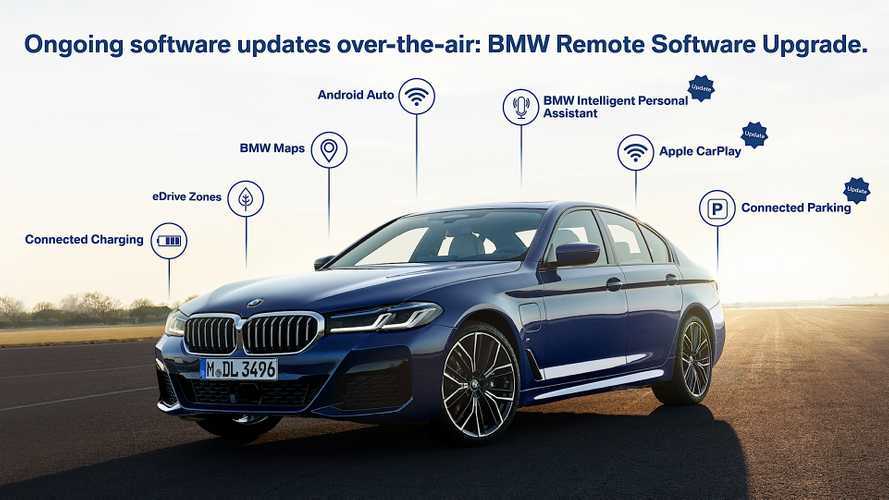 And there’s no mention of a subscription fee, either.

In 2012, Wired reported that Tesla would deliver the auto industry’s first over-the-air (OTA) update to more than 100 Model S sedans. Fast forward to 2020, and BMW has announced it’ll deliver a free OTA update to more than 750,000 cars in markets worldwide. BMW OS 7 and the Remote Software Upgrade tech allow the automaker to update existing features while introducing completely new ones, like adding wireless Android Auto for the first time.

Google’s in-car connectivity software joins Apple CarPlay that has already been available in BMW models, though there’s a lot more included in the update. BMW is updating its proprietary map software for an “entirely new navigation experience.” BMW says its cloud-based system can calculate routes faster by combining real-time info with forecast models. Even CarPlay gets some love with turn-by-turn directions and lane information that’s now viewable in the head-up display. Oh, and there’s no mention of an Android Auto subscription.

BMW’s other new features try to make the driving a bit less frustrating. BMW’s Connected Parking, which helps drivers find parking spots and shows the probability of a spot being open, can now consider the vehicle’s size when assisting. BMW’s eDrive Zones can automatically switch the vehicle to its pure electric driving mode through geofencing. So far, 90 European cities have established such zones. Even BMW’s Intelligent Personal Assistant is a bit smarter, distinguishing between whether the driver or passenger is speaking.

BMW’s Looks To The Future:

OTA updates for cars didn’t exist a decade ago. But today, BMW, Ford, GM, and others are offering it, or they will be offering it soon. It is just one example of how pure vehicles are changing, highlighting their rapid digitalization and increased connectivity, enabling a host of new and interesting features. Pair that with electric vehicles, and you have a rapidly changing automotive landscape. All you have to do is download it.