Who needs a Rebel TRX?

We are barely 24 hours out from the debut of the world's most powerful SUV. Everyone knew a Hellcat-powered Dodge Durango had to arrive eventually, especially since an SRT version with a 6.4-liter Hemi V8 already existed. The question now is, where does Dodge go from here? A possible solution could be nigh, courtesy of X-Tomi Design.

In the latest chapter of Hellcat all the things, this wacky rendering depicts the Durango not as a three-row family SUV, but a single-row muscle truck with attitude to spare. Unlike the forthcoming Ram Rebel TRX, this Hellcat-powered pickup seeks road-going domination and you know what? We rather like it. Ram is notoriously lacking any sort of midsize competition for the Ford Ranger and Chevrolet Colorado, and Dodge is now down to just three vehicles in its entire lineup. Perhaps now is the time for a new midsizer to step up and be recognized. 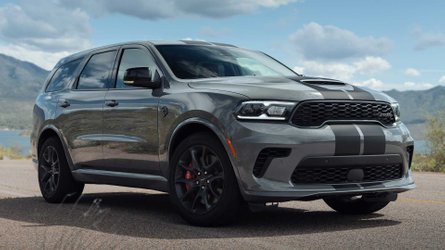 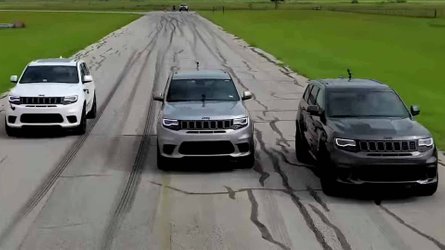 We also can't help but notice the on-road performance truck segment is dead – completely dead. Yes, there are aftermarket companies like SVE building modern-day GMC Syclones, but once upon a time you could go to dealerships and buy a new Ford SVT F-150 Lightning, a Ram SRT-10, or a Chevrolet Silverado SS. Such vehicles were never big sellers, and admittedly, the off-road F-150 Raptor is far more popular than the Lightning ever was. But it's still a segment that nobody is serving right now, and few engines have the marketing power that the Hellcat has. Are you listening, Dodge?

Let Ram have the Hellcat-infused Rebel TRX. Give Dodge this midsize Durango spinoff with full-time all-wheel drive and just enough ground clearance to make it useful on rough roads. You could even call it the Dodge Dakota, and with a 710-horsepower Hellcat V8 under the hood, we have to believe there would be some buyers out there.

What say you, Dodge? Don't you also want the most powerful pickup in the world as part of your fleet?