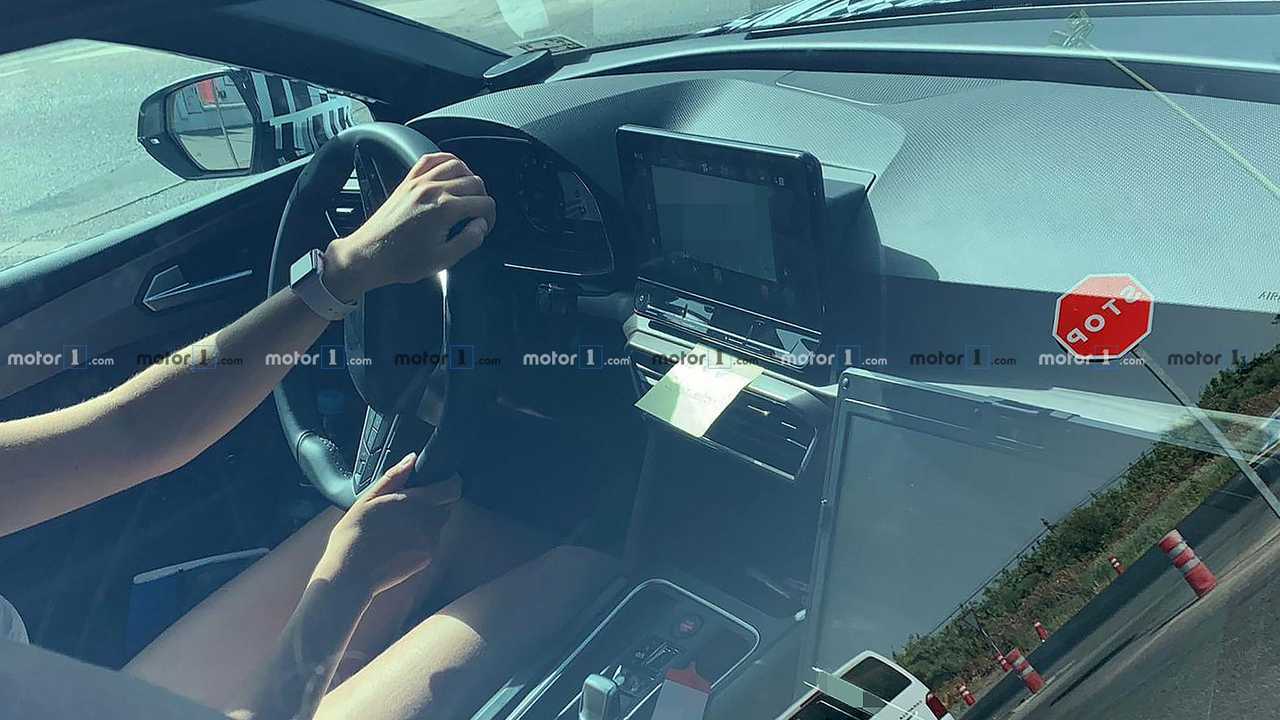 After months of seeing the next-generation SEAT Leon only from the outside, the time has finally come to take a look inside the cabin. The Spanish cousin of the Volkswagen Golf is spied by our photographers turning laps at the Nurburgring and three shots provide a sneak peek at the fully redesigned interior.

Interestingly, there’s almost no camouflage and just a small sticky note on the center console. We can clearly see the stack features a completely new design with a small gear lever surrounded by a few physical buttons. Up above is the infotainment system’s display, which appears to be unfinished in terms of design and buttons layout.

The instrument cluster of this prototype seems to be all-digital with a map view between the two gauges. That’s not really a surprise given the fact that Volkswagen Group has had this technology for years and we expect it to gain new graphics and probably updated software for the new Leon. In general, the Spanish hatch appears to have a more conventional cabin design than the upcoming new VW Golf.

Aside from the exposed interior, it’s a regular trial car with a lot of disguise covering the entire body. Still, the overall shapes are quite visible and the vehicle is wearing its production taillights and headlights. The MQB-based model will share a lot in common with its sister models, the Skoda Octavia, Audi A4, and Volkswagen Golf, but will feature a distinctive and sporty look.

As far as the oily bits are concerned, probably the most important novelty will be the addition of a plug-in hybrid powertrain for both the hatchback and wagon versions. In addition, Cupra will tune the system to deliver more than the estimated 242 horsepower (180 kilowatts) for its performance variant scheduled to arrive next year.

Look for a debut of the new Leon later this year, most likely during the 2019 Frankfurt Motor Show.