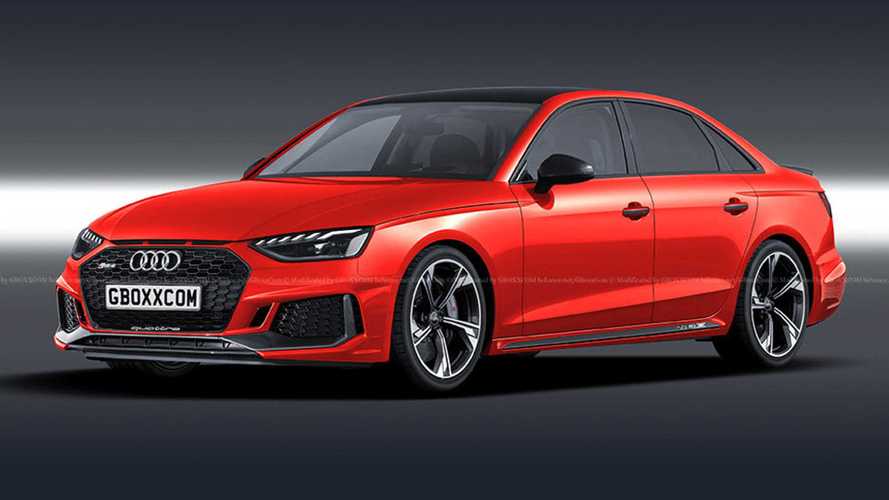 It’s been more than a decade since the last time Audi offered the range-topping A4 version in a sedan bodystyle. The RS4 from the B7 generation of the model had a 4.2-liter naturally-aspirated V8 engine and was available as a wagon, sedan, and a two-door convertible. In contrast, the current iteration (B9) uses a smaller 2.9-liter twin-turbo V6 and is offered only as a wagon. But what if the facelift of the performance vehicle brings a three-box variant? Highly unlikely but that doesn’t mean we can’t imagine a possible design for it, right?

Wagon Gets A Facelift:

This virtual drawing comes from talented designer Nikita Aksyonov and proposes a design for the successor of the RS4 Sedan produced between 2006 and 2008. The front is virtually identical to the current RS4 Avant with the only major difference being the headlights which now come from the facelifted A4 range. A few small tweaks to the lower bumper valance are also visible but these don’t make a huge visual impact.

At the back, the A4 sedan gains two massive exhaust pipes flanked by an aggressive diffuser lacquered in black. Above that, the taillights also feature the new graphics of the refreshed A4 and there’s also a small and stylish spoiler on the boot lid. If you look at the side profile, you’ll notice the wider side skirts and the set of 20-inch alloy wheels.

Of course, Audi has no plans to develop and produce such a vehicle but the good news is the German company might bring the facelifted RS4 Avant to the U.S. market. That’s not confirmed yet but a rather weird tweet from Audi USA hinted something is planned - we’ll have to wait a few months to find out what though. Until then, we can only hope that Audi will also resurrect the RS4 Sedan with the next-generation of the A4.