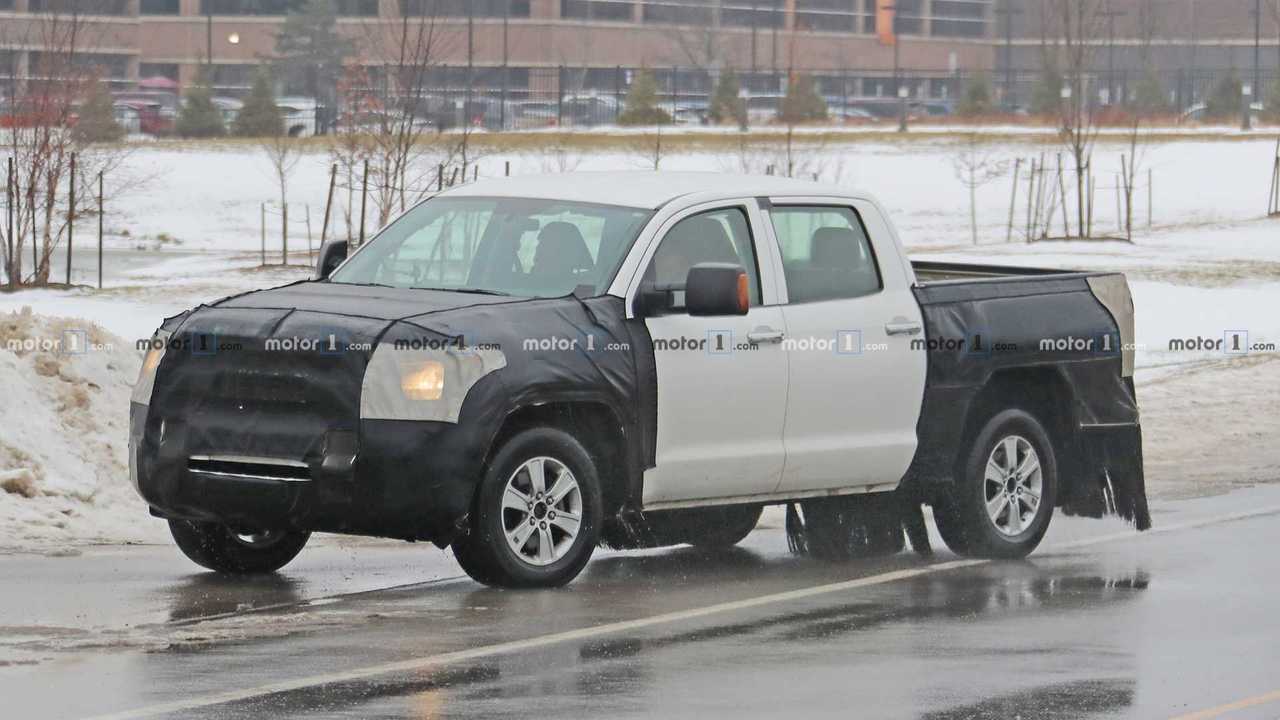 What's going on with the rear suspension?

Here’s our first look at Toyota’s major refresh coming for its Tundra pickup truck. This prototype was caught out and about in Ann Arbor, Michigan, rolling down the street with a new Ford F-150 that followed the Tundra into Toyota’s facility. It shouldn’t be any surprise that Toyota is benchmarking the segment-leading truck, and given the strange camouflage hanging beneath this Tundra, we suspect there’s more going on here than a facelift and tummy tuck.

A New Generation On The Way?

Toyota Will Build Future Pickups On A Single Platform

Take a close look at the rear axle. That’s actually a trick question, because engineers have it obscured with low-hanging fabric so we can't really see it. Furthermore, when our spy photographers got close for some pictures, the F-150 pulled up right behind to block access. Clearly, Toyota has something to hide back there. We don’t think it’s anything as radical as independent suspension – a couple of the photos reveal mounting points for shock absorbers that look typical for a solid rear axle. Toyota could have some air-ride components in there, however.

As for the rest of the truck, expect a fairly significant makeover. The front clip should be all-new, though the heavy camo prevents us from getting a close look at the details. The face should remain familiar to Tundra fans with an oversize grille flanked by smaller headlights, but a large single horizontal bar in the middle could replace the multi-bar arrangement on the current model. The bed will get some resculpting magic, and there’s almost certainly a new tailgate at the rear as well.

The Competition Is All-New:

Most of the changes are only skin-deep, as the Tundra will soldier on with its current skeleton and cab. The interior should get a makeover, however, with more tech options almost certainly on the table. We haven’t heard anything about powertrain updates, save for a new 10-speed automatic that should make its way to the Tundra. Minor power upgrades under the hood might join it.

Though this is our first sighting of the refreshed Tundra, we’re expecting to see it fully revealed later this year, likely in the late summer or early fall.