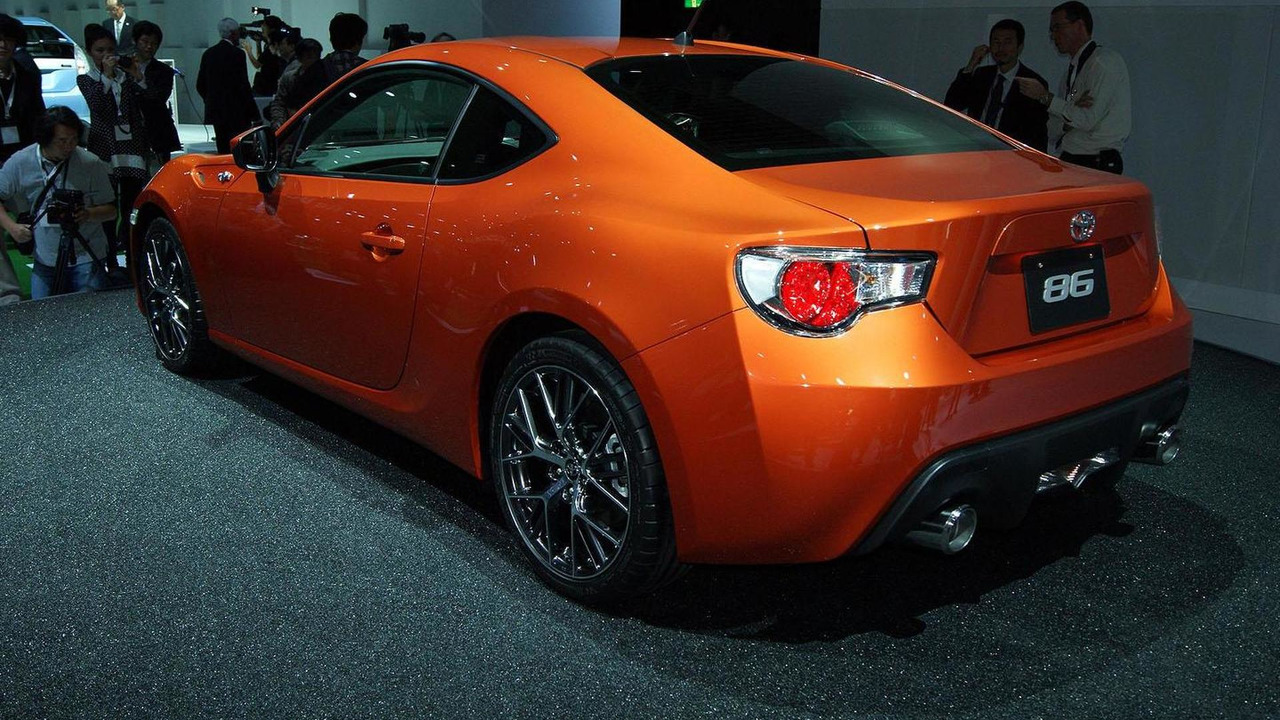 After countless teasers and a barrage of leaks, Toyota has unveiled the 2012 GT 86. It is the long-awaited successor to models such as the Sports 800, 2000 GT and Celica.

After countless teasers and a barrage of leaks, Toyota has unveiled the 2012 GT 86.

Described as a "driver-focused sports car" that captures the "fundamental joys of motoring," the 86 is Toyota's long-awaited successor to models such as the Sports 800, 2000 GT and Celica.

Looking low and menacing, the coupe borrows a few styling cues from the FT-86 and FT-86 II concepts. Notable highlights include a "scorpion" grille, LED-infused headlights and 17-inch alloy wheels. Out back, there's clear taillights, a rear spoiler, an aggressive diffuser and a dual exhaust system.

The sporty styling carries over to the interior as the model is equipped with a three-spoke steering wheel, aluminum pedals and carbon-effect trim. There's also a black roof liner, red contrast stitching and aviation-inspired rocker switches.

Power comes from a Subaru-sourced 2.0-liter boxer engine with 200 PS (147 kW / 197 hp) and 205 Nm (151 lb-ft) of torque. Toyota hasn't released performance specifications, but the company says the car will be "engaging" whether the engine is connected to a six-speed manual or a six-speed automatic.

In terms of handling, the 86 has a MacPherson strut / double wishbone suspension, a limited slip differential and a 53:47 weight distribution. There's also ventilated disc brakes and a specially-tuned stability control system.