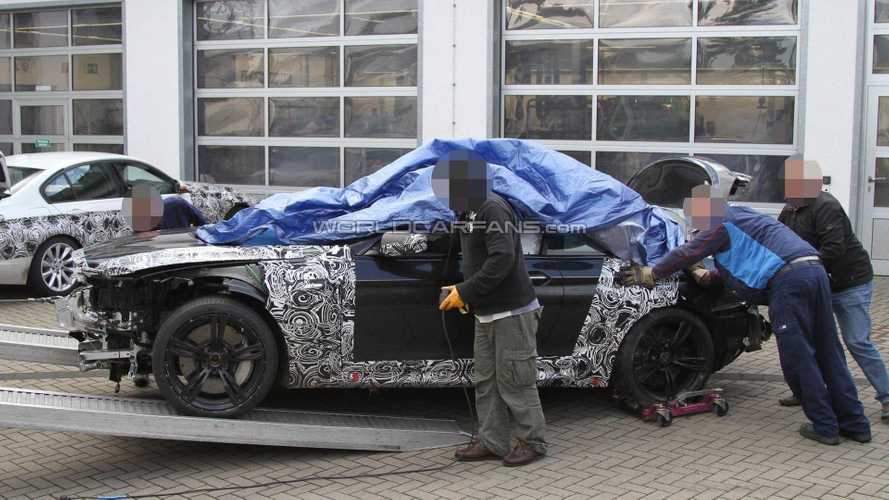 Accident occurred during a 300 lap endurance run by the 2012 M6 Coupe prototype.

Another BMW M6 Coupe prototype has crashed while testing on the Nürburgring-Nordschleife after a previous incident last August.

The crash, which took place last week, appears to have caused some pretty severe damage to the front and rear ends of the car, as we can see in the spy photos here.

Our spy photographers report that the car was undergoing a grueling 300 lap endurance test when the accident occurred - just eight laps before the finish. The driver apparently lost control of the car at the segment of the Nordschleife called Fuchsröhre (which translates into 'foxhole').

The photos were snapped as the BMW crew was loading the damaged car onto a transporter with a forklift. The rear axle could no longer roll, which is why the crew had some difficulty in getting the car onto the truck.