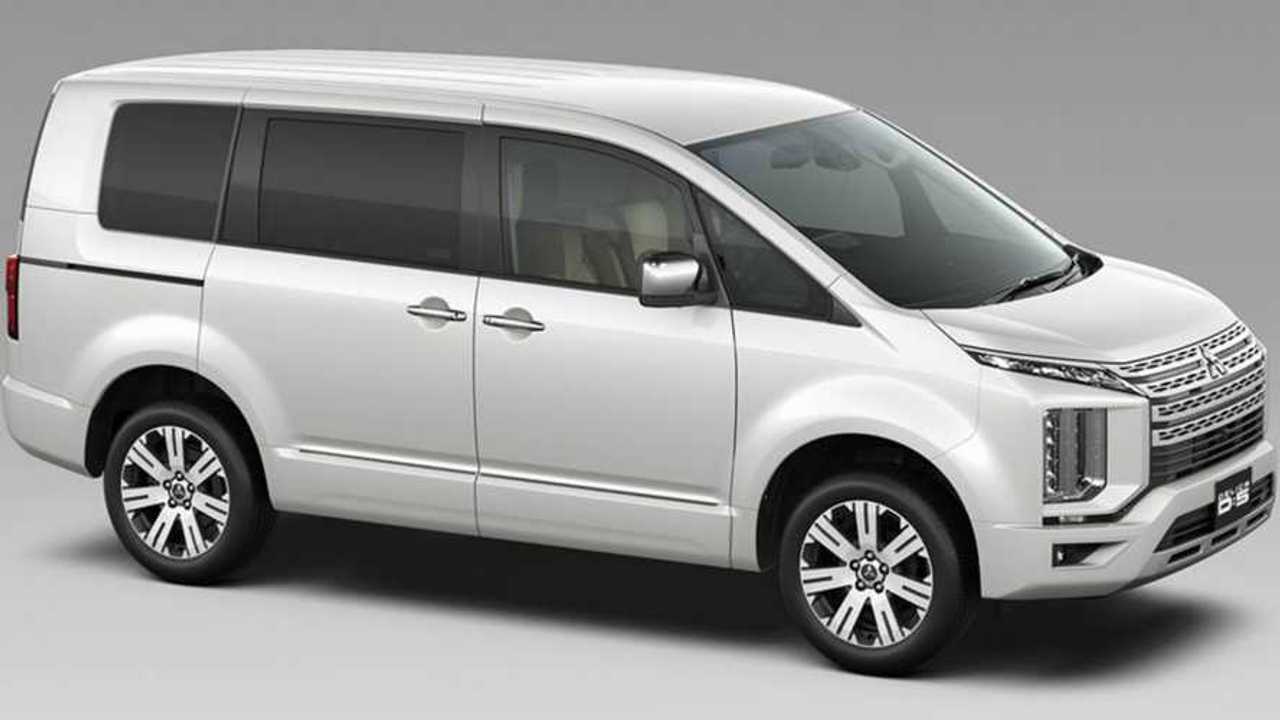 That's what happens when an SUV meets an MPV.

What is Mitsubishi’s answer to the booming SUV and crossover segments? It’s hard to explain exactly, but it’s a cool MPV-SUV-bus mashup called the D:5 Delica. If you are unfamiliar with that nameplate, it’s used by the Japanese manufacturer for a rugged six-seat people-hauler sold in Japan, Indonesia, Taiwan, and other Asian markets. It is now entering a brand new generation with bold new design and advanced technologies.

The production Delica looks a lot like the Delica Concept that was revealed last summer, at least in terms of overall proportions and dimensions. Interestingly, the design of the front end is now even more expressive with three rows of lights – LED headlights at the top, DRLs below them, and fog lamps at the bottom. At the back, the light signature is in the shape of the R letter or what Mitsu calls RR Combi Lamp.

As mentioned, the interior features a six-seat layout with six separate chairs in three rows. The dashboard is all new with a massive tablet dominating the center console. Just below that display, Mitsubishi has positioned the controls for the air conditioning, the drive modes selector, and the gear shift.

Speaking of the transmission, the new D:5 Delica uses a new eight-speed automatic that is mated to a 2.2-liter turbodiesel engine with 170 horsepower (127 kilowatts) and 290 pound-feet (392 Newton-meters). The latest generation of the DI-D motor uses selective catalytic reduction with AdBlue to further lower the NOx emissions. Power is channeled through the automatic to an all-wheel-drive system that has three modes – 2WD, 4WD, and Lock.

See the concept and Xpander MPV:

The new Delica is going on sale soon and will be offered in two versions – regular and the more expensive Urban Warrior. The latter adds a couple of visual tweaks to the exterior, new wheel designs, and more standard equipment, such as electric front seats, power tailgate, and leather seats.

Hit the source link below for more information.