All-New Mitsubishi Delica Is Not Your Typical Spy Photo Subject 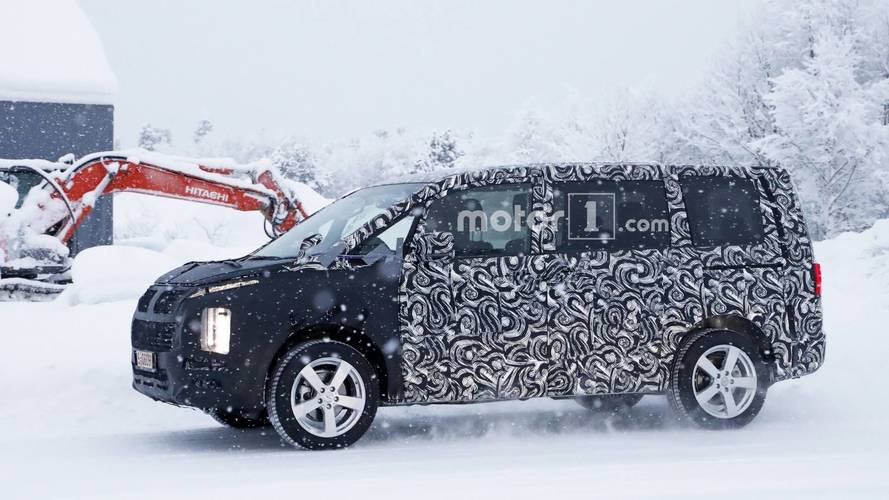 Literally every day we publish tons of spy photos, depicting upcoming new models from various automakers. Catching a mule out testing in the cold is not an easy task, so we are extremely happy that today we are able to deliver the first spy photos of a rare prototype.

If you think the attached pictures show the new Mercedes-Benz Sprinter or another light commercial vehicle from Europe, you are wrong. What you are looking at is the next generation Mitsubishi Delica, the Japanese manufacturer’s alternative to the booming SUV and crossover sectors.

Think of it as the only possible way to transport eight people to places which no other vans can reach. It’s more than just an MPV or a bus, as it is powered by all four wheels and has a rugged appearance.

These first spy photos reveal the next generation Delica, previously also known as the L300 and L400 depending on the market, will be heavily inspired by both the Delica concept and the Xpander production model (pictured above), revealed last summer. Given that, expect to see the same busy front end design with two or possibly three rows of lights.

We’ve already heard the new Delica won’t be offered as a FWD model and will come exclusively equipped with Mitsubishi’s S-AWC (Super All Wheel Control) 4WD system. Power is said to come from a new 2.2-liter diesel engine, delivering 170 horsepower (127 kilowatts) and 290 pound-feet (392 Newton-meters). We won’t rule the possibility of another engine option, namely the 1.5-liter gasoline unit with 105 hp (77 kW) from the Xpander. No information about the transmission choices have been disclosed yet.

The Outlander-based vehicle should be revealed later this year with sales in Japan, Indonesia, Taiwan, and other countries expected to start before the year’s end or early 2018. The previous generation Delica was introduced in 2007 and is assembled at Mitsubishi’s Nagoya plant in Japan.