Is BMW Preparing The 1 Series Sedan For European Launch? 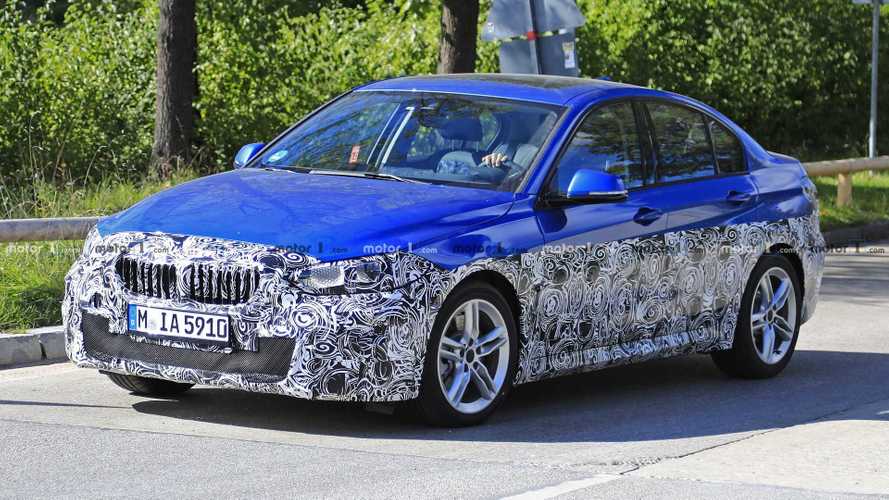 Or could this be just a facelift for the existing model?

BMW’s initial plan about its smallest sedan in the lineup, the 1 Series Sedan, was to sell it exclusively in China. However, in June this year, the Bavarian company changed its mind and launched the model in Mexico, hinting at a possible launch in additional countries. A new batch of spy photos comes to fuel such rumors once more.

The prototype from the gallery attached below was photographed in Munich, Germany, and features slightly camouflaged front end and even less disguised rear. We are unable to spot any design changes over the model that’s on sale in the People’s Republic and Mexico, but the camo foil could be hiding some minor revisions.

Nothing can be said for certain at this moment, but these spy shots could be indicating a Euro version of the premium sedan is in the works. The automaker from Bavaria doesn’t have a proper competitor of the Audi A3 Sedan and Mercedes-Benz A-Class Sedan/CLA, and the 1 Series Sedan could be just that considering its compact dimensions and sporty styling.

However, the possibility of BMW selling the small three-box vehicle on the Old Continent doesn’t seem high, as last year the company said it sees no business case for the car on this market. The demand for such a small but expensive vehicle is probably weak and the 1 Series Sedan could steal sales from the larger 3 Series sedan, which has better profit margins.

We will have to wait at least a couple of months until the next generation 1 Series hatchback arrives on the European market to know more about BMW’s plans. The new model will ride on the company’s UKL FWD platform and will share components with models from MINI’s portfolio.