And it won't be coming back.

At the end of October last year, Toyota announced that it would begin to gradually retire its diesel engines from the European market. Now, the company is living up to that promise by axing the four-cylinder, 2.0-liter turbodiesel powering the RAV4 crossover. While that means you can no longer place an order for a custom diesel-powered RAV4, if you hurry, you’ll still be able to get one as Toyota has a few of them remaining in stock.

It goes without saying the model we’re referring to is the previous-generation RAV4. Toyota took the wraps off the new one earlier this year at the New York Auto Show by unveiling the U.S.-spec model. When its European counterpart will be at a dealer near you, it will be a waste of time to look for a diesel engine in the specs sheet since Toyota will sell it only with a gasoline unit and a hybrid powertrain. 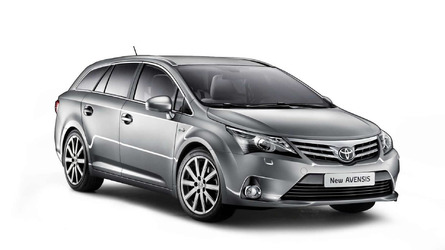 The news about the demise of the diesel-powered RAV4 follows a similar announcement made at the end of 2017 when Toyota discontinued the diesel Auris. Up until not too long ago, the Avensis was available with a diesel engine, but the midsize sedan and wagon was axed altogether approximately two months ago.

It means that if you really want a diesel Toyota in Europe, you’ll have to get Verso / Proace Verso minivan, Hilux pickup truck, Land Cruiser SUV or the Proace commercial van. It’s too early to say when Toyota will pull the plug on its diesel engines completely, but the fact that more and more models are losing the much-criticized type of engine goes to show the industry is changing.

An increasing number of customers are already looking at other types of powertrains, with numbers published by JATO Dynamics showing demand for diesel cars and SUVs fell in Europe last year by almost eight percent. Market share dropped to 43.7%, which was the lowest in the last eight years. That's a massive difference compared to 2011 when diesel sales peaked on the old continent, grabbing a market share of 55.5%, based on figures provided by Automotive Industry Data.