2012 Mercedes SLK reveals its nose on the Nürburgring 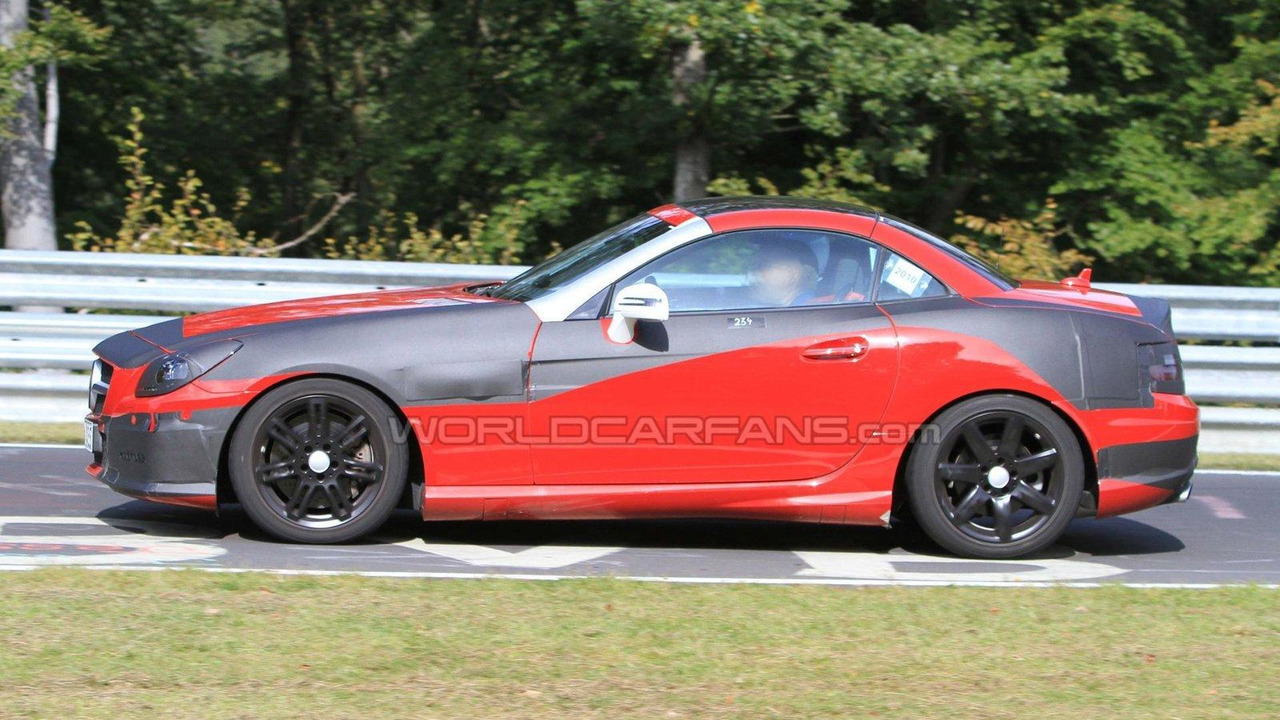 Nothing screams out more than a bright red vehicle against the backdrop of the Green Hell.

Nothing screams out more than a bright red vehicle against the backdrop of the Green Hell.  Performing a slow strip tease, these latest shots taken at the Nürburgring circuit show the third-generation roadster prototype with slightly less camouflage and some AMG equipment.

Compared to previous photos, slivers of black tape and padding have been removed from the sides and front end giving a much clearer look.  For the first time we can see the headlamp shape while the grille with single wing emblem resembles the SLS's.  Showing AMG design traits, the side sills are completely uncovered and around back the bumper fascia design is visible.  Wheels up front are AMG's while cross-drilled brake discs sit behind.

As for performance, Mercedes may want to offer a saucier, more mouth-watering SLK AMG than the current one. Rumors suggest a direct-injection turbo V6 with improved power and fuel-economy numbers is under development.

The 2012 Mercedes-Benz SLK is expected to debut sometime next year.