This Is What The Cheaper 2019 GMC Sierra SLE Looks Like

The new truck is revealed, but spy photographers are still keen to capture trim levels we haven't seen yet.

Catching this 2019 GMC Sierra pickup on the road isn’t exactly a super-secret spy-photo opportunity, but it does give us a new look at GMC’s latest truck wearing different clothes. The 2019 Sierra was officially revealed a couple weeks ago with its blocky front clip, larger-than-life grille, and carbon-fiber bed. The models we saw, however, were up-spec SLT and Denali variants. This is our first look at the entry-level GMC Sierra wearing SLE trim.

General Motors hasn’t released any information yet on the GMC Sierra SLE, but looking at this truck we can clearly see differences. The overall shape obviously doesn’t change, so there’s still the squared-off front with plenty of chrome. The grille features three basic horizontal bars compared to the cutout-bars for the SLT and the snazzy honeycomb bling of the Denali. The lower driving lamps are MIA as well, with the space filled in by rather unattractive plastic “vents” that we suspect are completely solid. 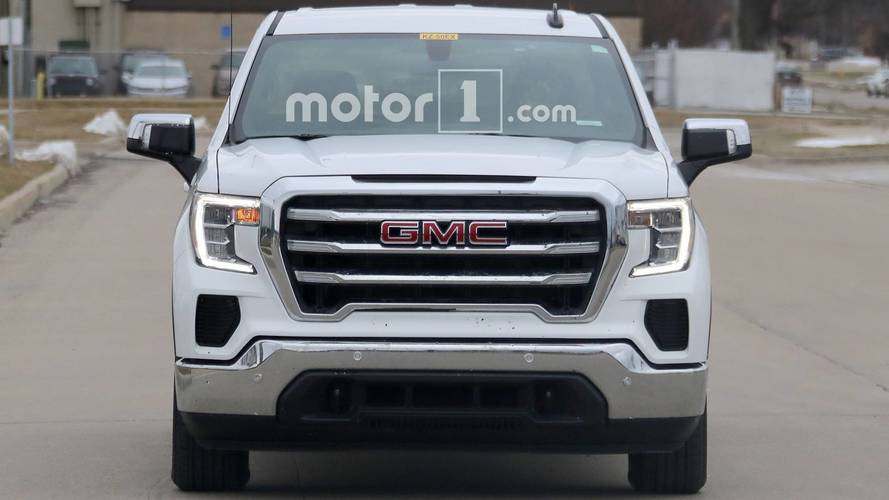 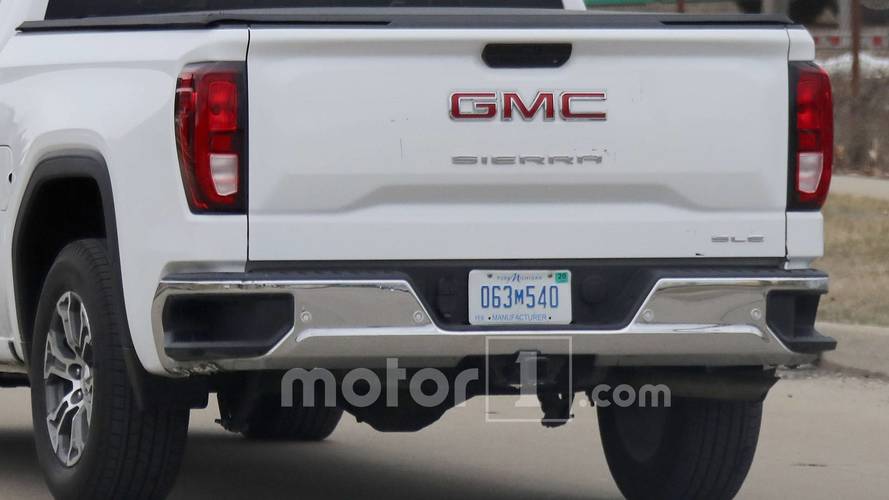 The wheels are definitely smaller and have a basic look about them. Both the Denali and SLT offer 22-inch rims, and if we had to guess we’d say these are 18-inch dimeter wheels at best. The tailgate also appears to be a solid piece as opposed to the trick modular gate on the other models. It’s mounted to a bed that is almost certainly plain-old steel instead of carbon fiber.

Badges on the side tell us this truck carries the tried-and-true GM 5.3-liter V8, which GMC told us would be available at the 2019 Sierra launch event. We also know a new 3.0-liter inline-six turbo-diesel will be available in the lineup, though horsepower figures haven’t been released yet. The 5.3-liter is said to be a new version as well; the current mill makes 355 horsepower (265 kilowatts) so presumably the new engine delivers more than that.

The new Sierra will go on sale this fall, so we’re sure to hear more about all trim levels – including the SLE – by then.

17 Photos
Photo by: Automedia
By: Christopher Smith
++
Got a tip for us? Email: tips@motor1.com