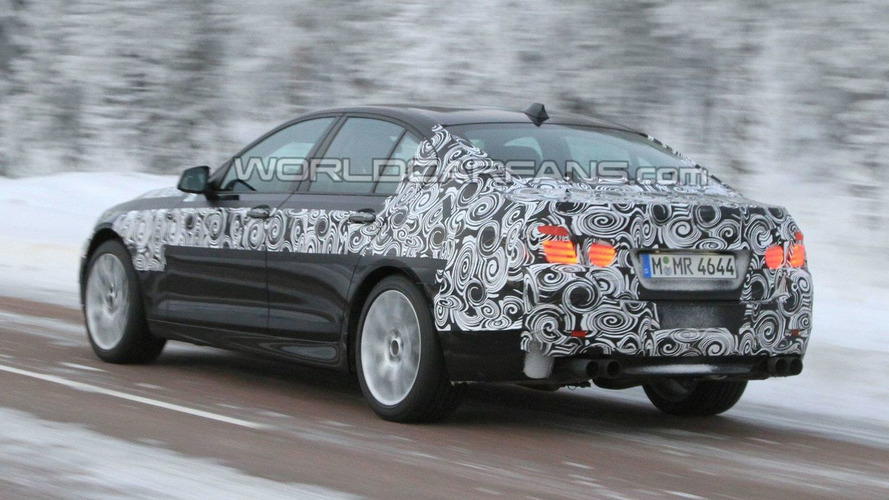 A new set of spy photos shows the 2011 BMW M5 during traction testing in Scandinavia. Revealed: side panels, side sills, and rear LEDs. Pics and details inside.

The latest round of spy photos featuring the 2011 BMW M5 show a car with sculpted door panels and sidesills uncovered by padding.  The kidney-grilled car was spotted in Scadinavia during traction control tests on snow and ice.

The new M5 could feature an offshoot of the kinetic energy recovery system developed by BMW's F1 team.  This, in part, will help improve fuel efficiency by 30% to 24 mpg.

BMW is expected to introduce the 2011 BMW M5 by the end of the year, putting the car on the market in spring 2011. Reports place an M5 concept at the Geneva Motor Show in March.