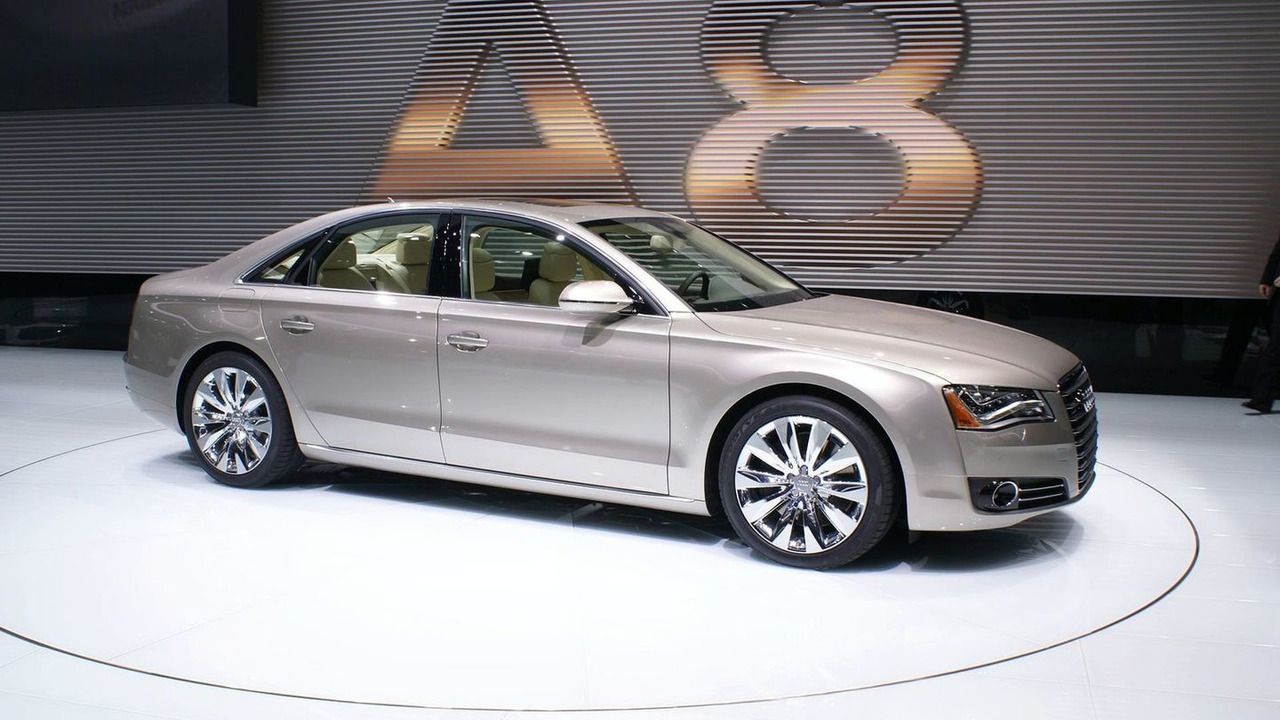 The 2011 Audi A8 has made its public debut at the 2010 NAIAS. Previously Audi had unveiled it to a much smaller audience during a function in Miami.

Audi showed us the all-new A8 at a private function in Miami last November. Now for the first time the luxury sedan has made its public show debut in Detroit.

The lightweight A8 is a primary competitor to the BMW 7 Series, and Mercedes-Benz S-Class while the Lexus LS and Jaguar XJ were identified as secondary rivals.

The V8 model, which has a 29.7mpg (UK) average, will soon debut at US dealerships with the standard 8-speed Tiptronic transmission.