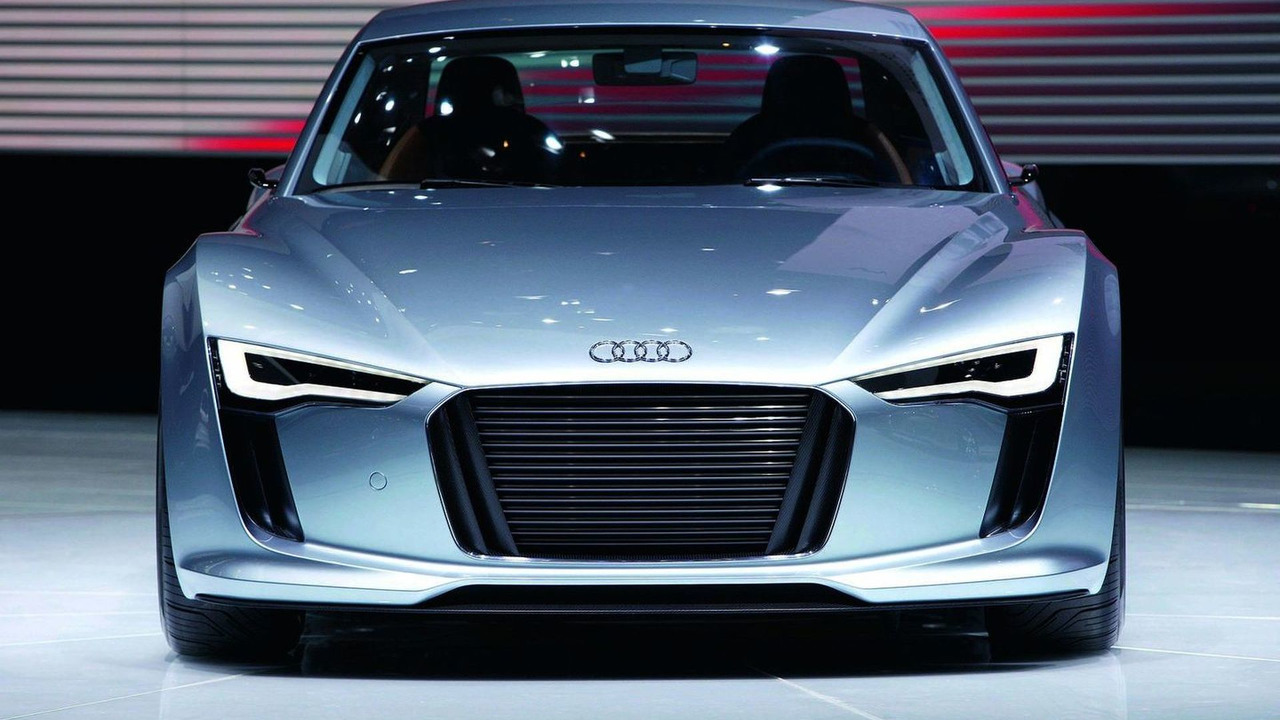 Audi shows off a variation of the e-tron Concept car in Detroit, albeit with less power and torque.

With such a significantly smaller profile, can it be speculated that the Detroit e-tron is actually a preview of the much rumored "baby R8" also known as the R4?  It was back in late 2007 that we received first wind of the R4 when an alleged leaked document containing the entire 5 year new product rollout schedule was published. Since then rumors have been inconsistent.

The lithium-ion battery employed can be recharged in around 11 hours from a household socket when completely empty, or in just two hours from a 400V source. An energy-recovery system is used to recoup wasted brake energy whenever the car's brakes are applied.

Audi's design team kept the trapezoidal single-frame grille with two large air intakes. LED lighting technology is used for illumination. Instead of foglights though Audi made the headlights to be variable, meaning they adapt to prevailing situations, whether it is extreme darkness, rain or fog covering the road. Wheels are 19-inch size with a 35-spoke design, 235/35 tyres up front and 255/35 tyres at the rear.

Inside, many of the components found in a petrol-powered car are absent, including components for the transmission. The MMI system is inspired by touch-screen smart phones and can communicate with the driver's cell phone from very long distances.