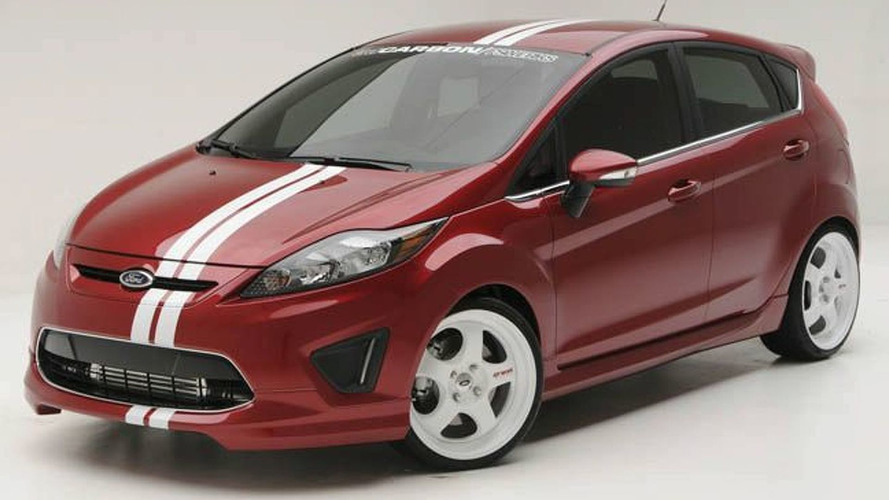 We have the full details about the North American 2011 Ford Fiesta, set for an official debut in LA later today.

Hours before it will be debuted to the public, Ford has sent out the official word on the North American version of the 2011 Ford Fiesta.  The Fiesta is already the highest volume sales Ford in Europe, something Ford will be looking to replicate in the US and Canada.

NA purchasers will not be able to choose from six different low-powered engine options, like European customers can.  Instead, the vehicle comes with a 1.6-liter, four cylinder DOHC engine that generates 119 horsepower and up to 109 ft-lb of torque.  With this engine, the automaker anticipates a fuel economy rating of 40 mpg on the highway.

Although this is better than the Ford Focus' 35 mpg estimate, the power available to the Fiesta driver is substantially lower.

Yesterday, we told you about the NA vehicle's exterior difference when compared to the Euro version.  A few changes were also made inside.  It appears the colored door inserts and matching dashboard cover are gone, with dull grey used in its place.  Swapping the fake-looking brushed aluminum-toned door handles for black does look better against the new inserts.  The only apparent change to the center console is the addition of a passenger airbag indicator placed above the HVAC controls.  Although Ford is still using bucket seats, the company looks to have eliminated bi-color seating choices.

Despite these changes, Ford did not significantly redesign this car for the North American market.  As the company searches for a global hit, only time will tell if the 2011 Ford Fiesta will be an American success.

The car goes on display in Los Angeles later today.