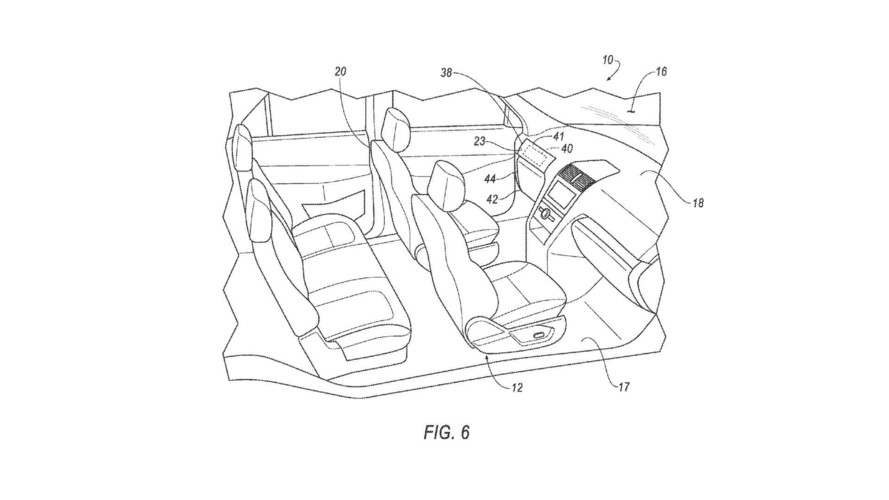 The end of the steering wheel might be a little closer.

A vehicle with this system would have a cabin with receiving niches for the steering wheel and pedals, and there would be locking points for securing the items into place. When not inside, trim pieces would hide the connection locations.

For driver safety, there would be two frontal airbags: one in the steering wheel and one in the dashboard. A sensor would detect whether the wheel were in place and deploy the correct safety device in a collision.

According to Ford, the removable steering wheel could still have a physical connection to the road by attaching via a splined shaft. Alternatively, using steer-by-wire technology is another option. This is potentially simpler but comes with other problems. Maybe in the future, innovations could make steer-by-wire better because the current iteration that Infiniti uses still feels artificial.

The situation is similar for the pedals. Ford describes potentially using fasteners and spring-loaded snap engagement for mounting the removable accelerator and brake pedal. These controls could be electronic as an alternative, too. “An electric actuator operated by software programmed to simulate brake pedal resistance and restoring force” is an option, according to the patent.

Ford filed for this patent on February 5, 2016, and the United States Patent and Trademark Office published it on August 10, 2017. This system wouldn’t hit the road until fully autonomous vehicles are available to customers. Even then, the Blue Oval might reserve this idea exclusively for a driverless model’s development.