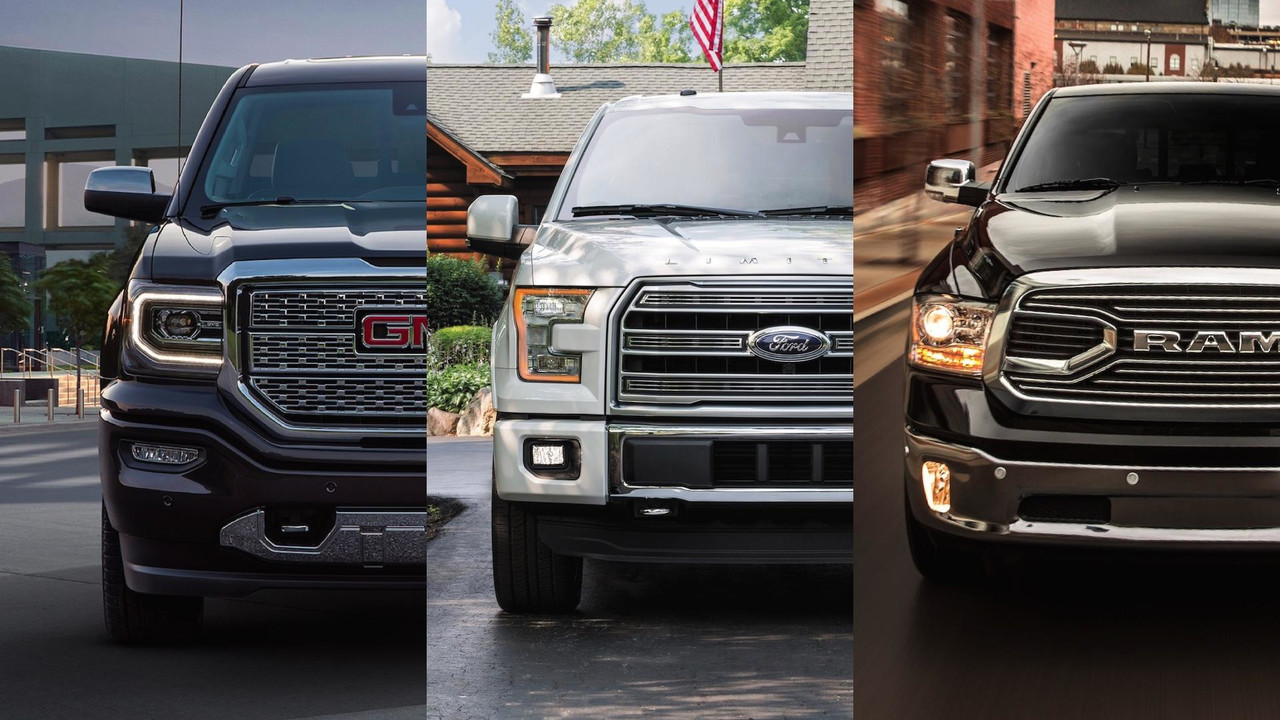 The Mercedes X-Class won't be sold in America, but these three domestic pickups are arguably better bang for the buck.

The debut of the new Mercedes X-Class re-ignited our desire for a luxury truck, following the demise of the less-than-stellar Lincoln Mark LT in 2008. Unveiled yesterday in Cape Town, South Africa, the X-Class will be available in markets like Germany as early as next year, and South Africa, Australia, and Brazil in just a few years. Sadly, it won’t be making it way to the U.S. anytime soon.

Though we won’t be able to get our hands on the new X-Class, we can always opt for luxury versions of already available pickups from the Big Three – Ford, GM, and Ram. Take a look at the charts below breaking down exactly how they compare to the smaller X-Class, what each one will set you back, and what kind of standard features they come with. For the sake of consistency, this list only includes non-performance, half-ton models – so no Raptor or Rebel.

Even though a base Ford F-150 will set you back no more than $30,000, the range-topping Limited variant can’t be had for under $60,000. But most would argue it’s well worth the asking price.

Under the hood is a 3.5-liter EcoBoost V6, good for 375 horsepower (279 kilowatts) and a towing capacity of up to 10,500 pounds (4,762 kilograms). In the cabin, a pair of driver and passenger 10-way power adjustable bucket seats come in your choice of leather, giving the workhorse a more upscale feel.

A set of 22-inch polished aluminum wheels can be seen on the exterior, and available colors like Shadow Black, Magnetic, Blue Jeans, and White Platinum Metallic tri-coat give the limited trim some added exclusivity over the base model.

In the cabin, driver and passenger are greeted by 12-way power-adjustable bucket seats and a magnetic ride control for added comfort. A heated steering wheel and a soft-touch instrument panel pairs with brushed aluminum trim, contrast stitching, and an eight-inch infotainment screen equipped with Apple CarPlay. The truck even acts as a 4G wi-fi hotspot.

Power comes courtesy of a 6.2-liter V8 producing 420 horsepower (313 kilowatts), making it the most powerful truck on this list, and pairs to a standard all-wheel-drive system, and an eight-speed automatic gearbox.

For a cool $52,875 (or $56,375 for the 4x4 option), the most expensive and luxurious truck in the half-ton Ram lineup is the 1500 Limited. Its upscale cues can be noted with the in-your-face chrome grille up front, the massive "Ram" chrome lettering on the rear tailgate, and the unique 20-inch wheels.

Power comes courtesy of a 5.7-liter Hemi V8 producing 395 horsepower (294 kilowatts) and 410 pound-feet (555 Newton-meters) of torque while returning a respectable 22 mpg highway. All that power is paired to an eight-speed automatic transmission, with available features like a four-corner air suspension and an optional anti-spin rear differential.

The cabin comes standard with black leather bucket seats and stitched trim with real wood accents. The center screen comes equipped with Uconnect, and the center console features with plenty of storage. A power sunroof can be added as an option.