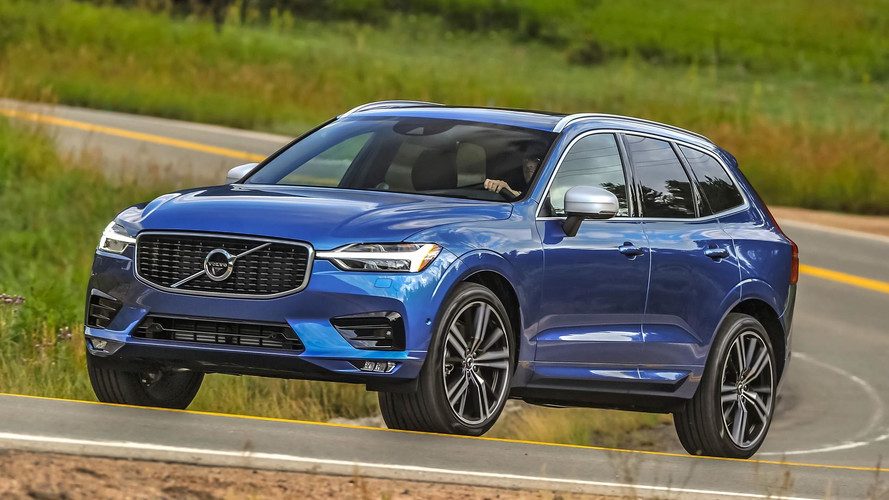 With its most successful vehicles, Volvo has always offered somewhat of an antidote to the standard set by German luxury cars. High design layered over breezy, comfortably capable Volvo driving characteristics are often great counterpoints to exacting BMWs and Audis.

I can’t think of a better segment in which to deploy that aesthetic than the luxury crossover world in which the all-new Volvo XC60 competes. Though the Germans all make bloody fast versions with which to lure the well-heeled and the macho – Volvo, too, has a massively quick T8-engined version of the XC60 that you’ll read about soon – crossovers tend to feel successful by way of amenities, ride quality, flexible function, and style. Based on those criteria, this revamped CUV seems poised for commercial success.

Sit back and luxuriate. When the more expensive XC90 launched a few years ago, it was roundly lauded for its plush-yet-tasteful design and tremendous comfort. I was therefore happily surprised that the smaller, less expensive XC60 seems to have brought its bigger brother’s interior over, whole cloth. Granted, the XC60 I drove wore the R Design specification meaning sporty, grippy, well-bolstered seats, but the experience was anything but hardcore. I love the “ribbon” of trim that runs along the dash, the look and feel of the perforated leather steering wheel, and soft touch points nearly everywhere I lay my hand. Sure, the Scandinavian vibe might be better achieved in Volvo’s lighter interior colors, but even the dark version you see here feels design forward and cozy.

Quiet cabin, cushy ride. Don’t let the big, 21-inch wheels fool you – the XC60 does a fine job squiring its occupants down the road in comfort and silence. I drove through downtown Denver, at 70 miles per hour and more on the highway, and out onto mountain roads, and rarely experienced crashy or harsh behavior from the underpinnings. Even without the optional air suspension, Volvo has done a fine job tuning the chassis for great comfort, without sacrificing too much in terms of handling fun. Road and wind noise are really controlled, too, which makes me more inclined to recommend the pricey, optional Bowers & Wilkins sound system with its 15 speakers and 1,100 watts. Crank the volume at a 50-mph cruise and you’ve basically got a rolling listening room.

Elegant... as expected. Volvo has been churning out some of my very favorite exterior designs for some time now, and the revamped XC60 doesn’t break the streak. As I found in the interior, elements of trim brighten a clean design, rather than simply tarting up a typical crossover. The designers haven’t reinvented the midsize crossover here, but the family elements of Volvo styling language – “Thor’s Hammer” LED headlights, rich-looking metallic grille, big, classic looking seven spoke wheels, etc. – evoke true luxury. Remember when Volvos used to be cool because they were nerdy? That’s no longer the case.

Valuable power. The most basic XC60 comes with the T5 engine – a turbocharged 2.0-liter making 250 horsepower and 258 pound-feet of torque. That vehicle lines right up with the power and pricing of the base versions of the Audi Q5, Mercedes-Benz GLC, etc. But the XC60 T6 is more interesting, as its gutsy 316-hp, 295-lb-ft engine (supercharged and turbocharged) puts it a power class above the 2.0T competition, for around three thousand dollars more. Basically the T6 seems to occupy a little niche between base versions of luxury CUVs, and fuller performance versions, which is great for a shopper looking for occasional thrills but without a $60,000 budget.

More aesthete than athlete. The XC60 doesn’t exactly mind being hustled around those previously referenced mountain roads, but it doesn’t love it, either. Even with a set of big-bolstered seats, you move around quite a lot as the CUV rolls through its suspension, at least when you’re pushing really hard. This won’t be a problem for most people – my guess is that if you’re looking for a tall wagon with hardcore handling chops you’re already leaning towards a Porsche Macan or Jaguar F-Pace. But, at least in the R Design trim, there’s a certain amount of sporty pretension not being backed up 100 percent on the road.

All-wheel only. I know, I know – all-wheel-drive versions of cars like this are typically more desirable, anyway. But the truth is I think there are a lot of people who would love a base XC60 T5 with front-wheel drive, at a more affordable price point. I expect that version of the vehicle to be coming at some point, but all versions are AWD at launch.