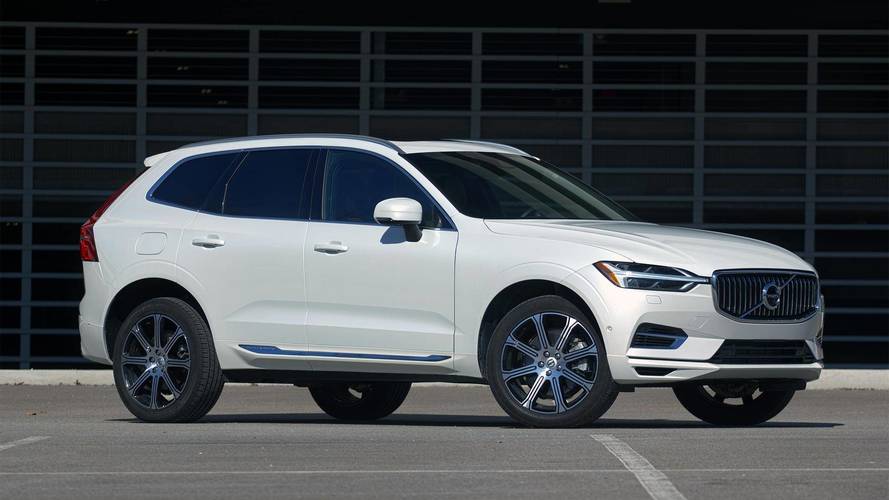 The 2018 Volvo XC60 T8 E-AWD is a great illustration of how far we’ve come since the days of the Benz Patent Motor Car. It’s an astonishing machine that achieves these two, seemingly irreconcilable, stats: the equivalent of 59 miles per gallon and 400 horsepower.

Its efficiency comes via a plug-in hybrid system with 18 miles of all-electric range, while all that muscle is generated from an electric motor working in concert with a gas engine that’s both super- and turbocharged. It sounds incredibly complex because it is, but like a Steve Jobs special, it just works, with the driver blissfully unaware of what’s making it all happen.

There’s more here to marvel at, including a trick all-wheel-drive system that uses separate powertrains for each axle, and enough safety equipment to survive a nuclear blast. Perhaps the only knock against the XC60 T8 E-AWD is its relatively high price. It’s true, though, that you get what you pay for, and with Volvo’s latest, greatest iteration of the compact SUV, you’re getting an awful lot.

For one, Volvo now fully competes on the same level as Mercedes-Benz, BMW, and Audi, all of which offer luxury compact SUVs that can reach this stratospheric range of pricing. Second, the XC60 T8 E-AWD Inscription is a technological tour de force, a plug-in hybrid electric vehicle (PHEV) powerhouse that can be gliding on electrons one minute and embarrassing Mustangs the next. If you have the money, it’s worth every penny of it.

Since it’s got a plug, the XC60 T8 E-AWD is also eligible for a federal tax credit of $5,002 and may be eligible for more state and local credits depending on where you live.

The XC60 has been completely redesigned, and where the last generation was all curves and bends, the new one adds sharper character lines and a smattering of creases. Still instantly recognizable as a Volvo, the new look was inspired by the XC60’s big brother, the XC90, and it very clearly works at 4:5 scale.

The XC60’s interior is a palace of Scandinavian design and exotic (at least for a car) materials. The components of its construction include Nappa leather, real metal, “Driftwood deco” accents with natural texture, and even crystal from Swedish firm Orrefors in the gearshift lever. As for the most common element in cars today – plastic – there are only trace amounts of it to see and feel in the XC60’s interior.

The XC60’s accommodations for passengers and cargo also do not suffer from the addition of a 10.4-kilowatt-hour battery pack. Indeed, head and legroom are very good for both front and rear passengers, and the cargo area is every bit as plentiful as the space inside non-plug-in competitors. The XC60’s optional $1,800 air suspension can also perform a trick to aid loading: press a button on the wall of the cargo area and the rear end drops half a foot.

Lastly, as a plug-in hybrid, the XC60 T8 E-AWD offers a completely serene driving experience while operating in pure battery mode; it can go up to 18 miles on a full charge. There’s no noise and no vibrations – just silent propulsion. When that’s expended, Volvo’s 2.0-liter four-cylinder engine that’s both supercharged and turbocharged comes alive. At this point, engine noise does become apparent and the volume is higher than traditional four-cylinder engines in some competitors, but it’s still well within the range of acceptable.

If impressive technology is what you’re after, the XC60 is the right vehicle for you. Let’s start with Volvo’s Sensus Connect infotainment system that features a Tesla-like vertical nine-inch touchscreen. The interface is beautifully designed and logically arranged, though the system could benefit from a bit more processing power; its responses can be sluggish. Apple CarPlay and Android Auto are, of course, present, as is an optional $3,200 Bowers & Wilkins sound system.

Other technological highlights of the XC60 include its aforementioned air suspension, a head-up display, 360-degree camera views, LED headlights that turn where you steer, massaging seats, an active park-assist system that works on both parallel and perpendicular spots, heated wiper blades, a hands-free liftgate, and a cooled glovebox. There’s actually more, but you get the point: the XC60, and particularly this top-end Inscription trim level, can’t be beat when it comes to cutting-edge technology.

The plug-in hybrid T8 E-AWD version of the XC60 has two personalities. In Pure electric mode, it’s a silent luxury pod that slips along with little urgency. In Power mode, where both the twin-charged four-cylinder and electric motor are working together, a muscle car-like 400 horsepower and 472 pound-feet of torque can be unleashed with a tap of your right foot. It’s amazing how these two diametrically opposed dynamics can exist within the same vehicle, but they do.

Truth be told, though, even with up to 400 hp on hand, the XC60 T8 E-AWD isn’t really a sport SUV. The suspension is too soft and the steering uncommunicative for such a label. That said, I’m still glad all that power’s available for things like hairy passing maneuvers and the occasional illicit stop light launch. And when not in use, the juiced up part of the powertrain’s personality is completely hidden.

There are a couple more cool things worth mentioning about this plug-in hybrid’s mechanicals. The first is that it features a through-the-road all-wheel-drive system, which means the gas-powered engine under the hood drives the front axle while the rear axle is driven by an electric motor. The axles themselves aren’t connected to each other mechanically; the car’s computers monitor which wheels are slipping and compensate accordingly. The benefit over traditional all-wheel-drive systems is having fewer moving parts and better fuel efficiency.

The second thing is that this plug-in hybrid can actually tow! Most PHEVs forego towing altogether, even if they’re still technically SUVs. The XC60 T8 E-AWD, though, still has a maximum tow rating of 3,500 pounds.

Volvo has a sterling reputation for safety that lives on in this latest generation of the XC60. My test vehicle features every example of both passive and active safety feature there is, which includes low- and high-speed automatic emergency braking and steering, lane keep alert and assist systems, adaptive cruise control, blind spot warning and steering assist, rear cross traffic alert, front and rear parking sensors, and a Level 2 semi-autonomous drive system. The latter means the driver, at times, can take both their hands off the steering wheel and feet off the pedals. Some other safety tech not often found on other cars includes a road sign recognition system that displays road signage in your head-up display, and a whiplash protection system for avoiding neck injuries in collisions.

My only gripe is that more of these features aren’t made standard on the XC60, but rather set aside in higher trim levels and option packages that cost extra. The only highlight is that Volvo’s CitySafety system for low-speed collision avoidance is standard on all XC60s. Still, more and more automakers are including a suite of advanced safety features as standard equipment on all their models, and it’s disappointing a safety leader like Volvo isn’t leading that trend.

The XC60 T8 E-AWD’s fuel economy depends entirely on how you use it. If you fully recharge the battery every night and live close enough to work that you can make it there and back on 18 miles of electric range, then your actual fuel use will be contained to errand runs and the weekend. The Environmental Protection Agency estimates you’ll experience the equivalent of 59 miles per gallon.

However, if you rarely recharge and use the T8 like a traditional hybrid, you’ll experience only slightly better fuel economy than gas-powered competitors: about 26 mpg combined. Vehicles like the BMW X3, Mercedes-Benz GLC, and Audi Q5 achieve 23, 24, and 25 mpg combined, respectfully.

Also, the T8 requires premium fuel to run, which, while typical for the class, does make it that much more expensive to operate.