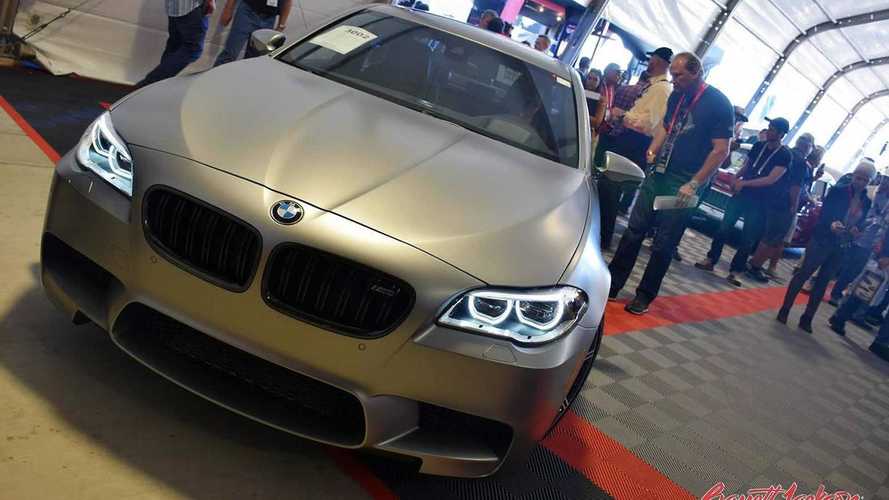 BMW's most powerful production model ever was limited to 300 examples but only 30 cars made it stateside. The last one was auctioned a few days ago by Barrett-Jackson and it went under the hammer for $700,000, with all the money going to the BMW Club of America Foundation which organizes teen driver safety programs among other charitable actions.

The winning bidder was none other NASCAR team owner Rick Hendrik who also has a BMW dealership in Charleston, South Carolina. You will probably not like hearing this but Rick said he isn't going to actually use the M5 "30 Jahre M5" as "this baby's going to go right beside the i8 in the museum. The only miles it's going to get are in the truck sending it from Arizona to North Carolina."

To refresh your memory, the special M5 packs a mighty 600 HP & 700 Nm punch from an upgraded V8 4.4-liter twin-turbo engine. It rockets to 62 mph (100 km/h) in 3.9 seconds and when equipped with the optional M Driver's Package it will do 190 mph (305 km/h) but it's all in vain for this particular car which will just sit in a museum showing off its Individual Frozen Dark Silver paint and dark chrome accents.