This is the most powerful tuned Urus we've seen so far.

When talking about quick SUVs, there are two nameplates that will surely come to mind first – the Jeep Grand Cherokee Trackhawk and the Lamborghini Urus. The Trackhawk is a crowd favorite, with its supercharged 6.2-Liter V8 Hellcat that produces 707 horsepower (527 kilowatts) and 645 pound-feet (875 Newton-meters) of torque.

But what if the Trackhawk had to face the Lamborghini Urus from HGP Turbonachrüstung GmbH? It would have been a totally different story. 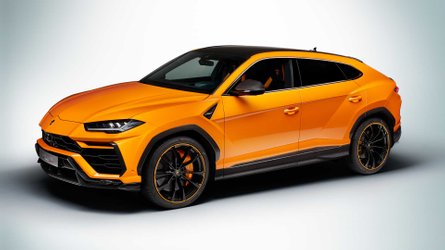 Surprisingly, HGP didn't have to replace the stock turbochargers on the Urus in order to achieve these numbers. With in-house chip tuning employed, as well as a new air intake system, an Akrapovic exhaust, and reprogrammed transmission controls, HGP was able to squeeze out almost 1,000 hp from the Urus' stock engine and turbochargers.

We all know that the Urus is something special, a supercar SUV, some might say. But with this HGP tuning, it nearly touches the hypercar territory.

Watch the video on top of this page for some acceleration runs and top speed tests on the Autobahn.