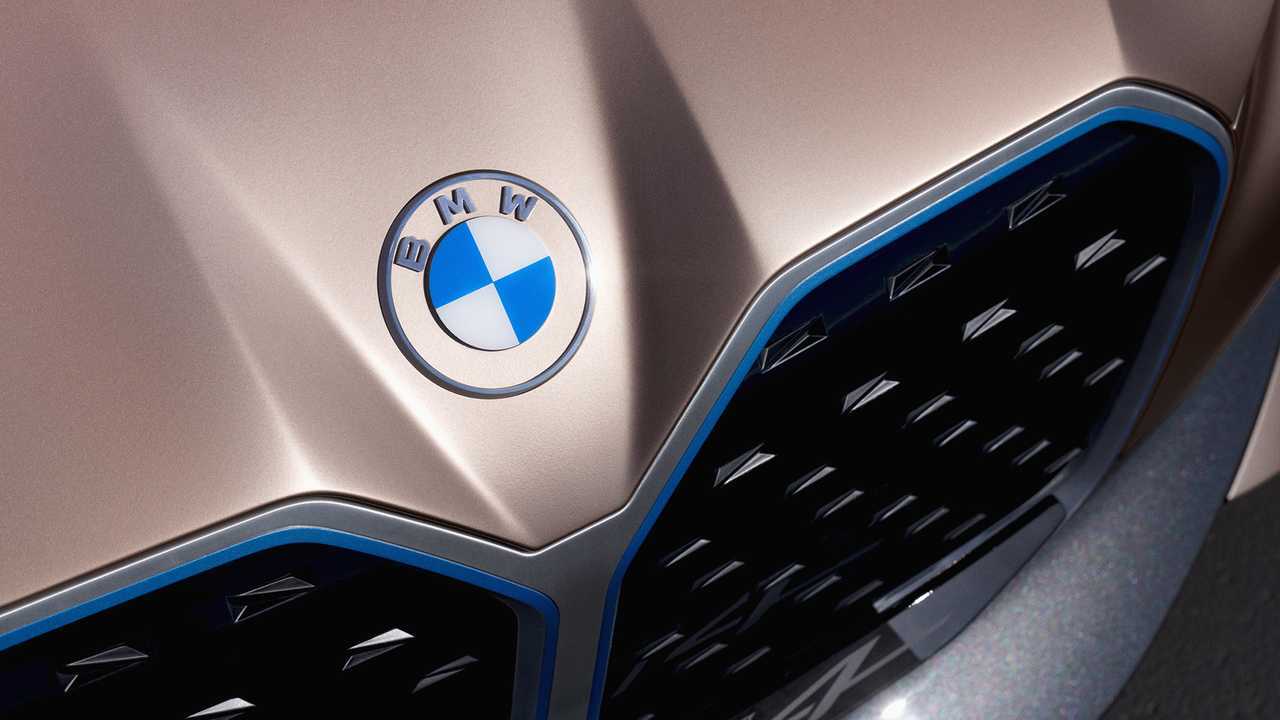 There’s been a noticeable shift in graphical and UI design over the last few years. As more of our daily lives take place on two-dimensional screens, it only makes sense for design to follow. Skeuomorphism attempted to design 2D graphics and user interfaces that looked much like their real-world, three-dimensional counterparts, but the flat design movement has since bucked that thinking. Apple, Google, and others have since adopted a flat design ethos, as have automakers. Last September, Volkswagen rolled out a new, flatter logo, and today, it’s BMW’s turn.

BMW introduced the new flat logo on the Concept i4 revealed early this morning, and there’s a lot to unpack. Gone is the iconic black ring that surrounded the blue-and-white pie inside. The ring is now transparent, letting the Frozen Light Copper of the concept shine through. It’d change depending on the car’s exterior color. The new logo is also flat, eschewing the old logo’s three-dimensional appearance, lighting effects, and shadows, though it’ll still look 3D on the vehicles. It won’t be a sticker.

Let's Have Fun With Logos:

Here's How The BMW Logo Evolved Through The Years

BMW has already updated its story about the meaning and the history of the logo with the new, 2020 one. Jens Thiemer, Senior Vice President Customer & Brand BMW, said the black wring is gone because the new logo will “radiate more openness and clarity” with its now transparent design. The new logo should also catch the eye of younger buyers, too, who are well-versed in navigating a digital world.

The new BMW logo will likely rile enthusiasts and fans, though BMW is unlikely to listen. The automaker already updated its logo on Facebook. It’ll be interesting to see if other automakers follow BMW and VW’s lead as automakers continue to grow their online presence. Even Kia recently introduced a new badge – and it’s flat, too.

Taking the first steps with the new BMW brand identity

In the course of the BMW Concept i4 presentation BMW is unveiling the brand’s new look for the first time. The new logo for communications also provides the basis for the badge on the BMW Concept i4. Its two-dimensional and transparent design ensures seamless integration and brings the special exterior colour shade Frozen Light Copper to even greater prominence. The concept car not only has the task of looking ahead to the future in terms of aesthetics, technology and innovation, it also explores the design potential within our BMW trademark.