Pagani Zonda Revolucion is the last Zonda ever 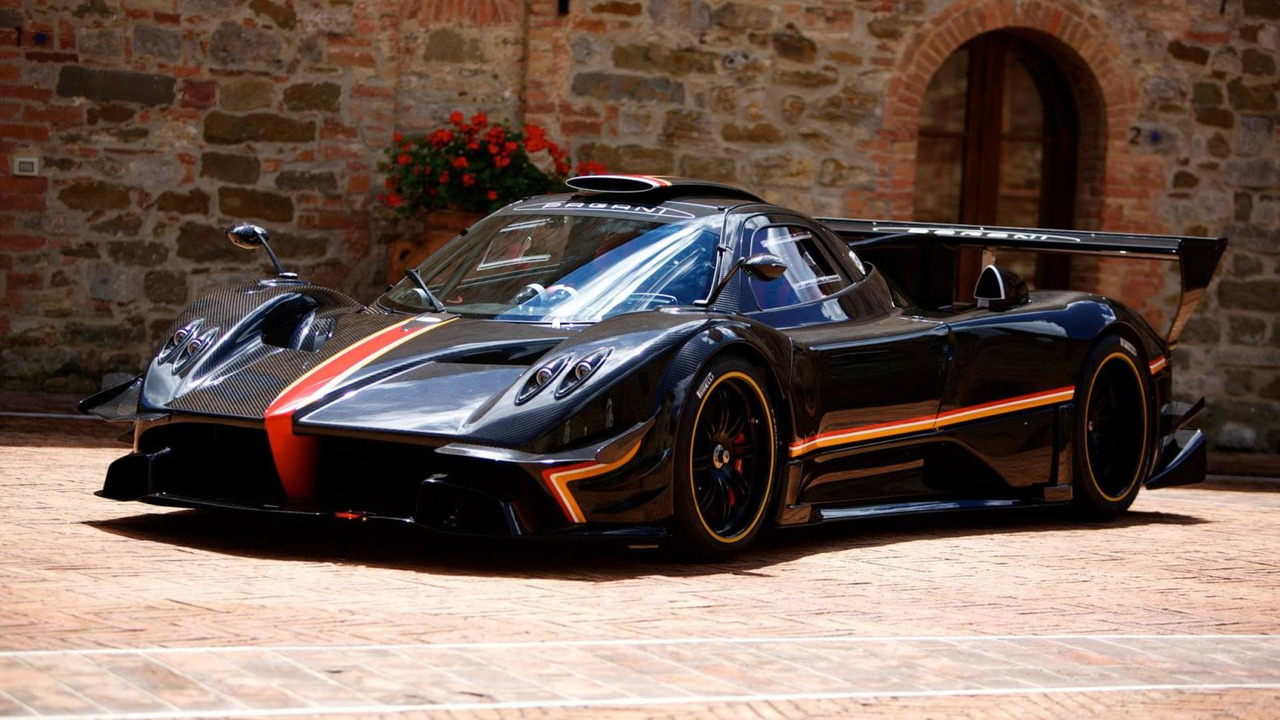 Pagani is saying goodbye to the insane Zonda with the Revolucion special edition which costs 2.2M EUR (plus taxes).

Pagani is saying goodbye to the insane Zonda with the Revolucion special edition which costs 2.2M EUR (plus taxes).

The Zonda R Evolution we showed about two weeks ago is in fact the Revolucion, a hypercar with a carbon-titanium monocoque allowing the vehicle to weigh just 1,070 kg (2,359 lbs). It's an amazing number for a car powered by a massive V12 6.0-liter engine outputting 800 bhp (596 kW) and 730 Nm of (538 lb-ft) torque, meaning the Zonda Revolucion has a power-to-weight-ratio of 748 bhp / ton.

Its magnesium-made six-speed transversal and sequential gearbox can change gears in only 20ms, while the Bosch-developed traction control has no less than twelve settings. Pagani has also updated the ABS system and fiddled with the car's aerodynamics by installing new deflectors on the hood and a vertical stabilizer on the rear hood. The rear wing also packs an F1-inspired Drag Reduction System (DRS) with two operating mods.

Stopping the car efficiently are Brembo brakes with F1 tech-derived CCMR discs that are 15 percent lighter than older ones, while at the same time providing increased stiffness and lower operating temperatures. Pagani says these discs can last up to four times longer than their predecessors and provide stronger braking power.

Since the less powerful Zonda R lapped the Nürburgring Nordschleife in 6:47 back in 2010, the Zonda Revolucion can probably do it in around 6:45.