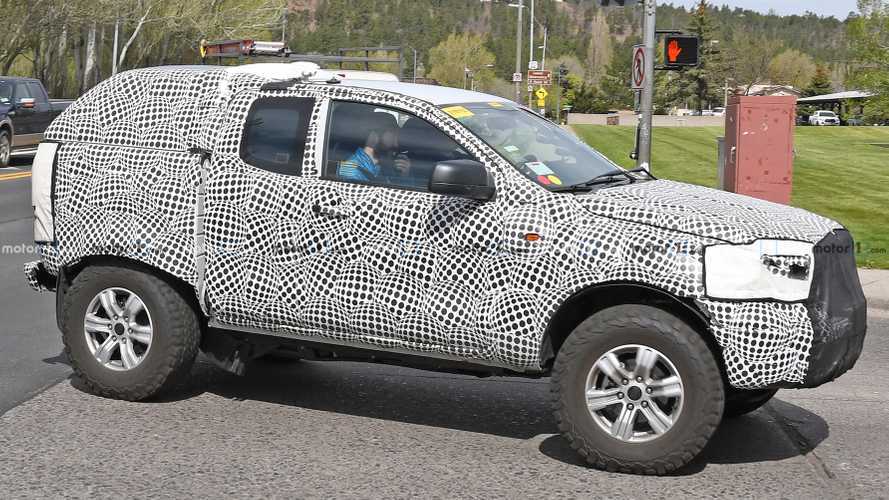 And Bronco Sport, too.

Digging through trademark filings with the U.S. Patent and Trademark Office can provide a peek at what an automaker is developing. Ford, for example, is readying the return of the Bronco, and this month, the company has filed a trio of trademarks that could indicate future trims or special editions of the new SUV. Ford Authority first discovered the Bronco Outer Banks while Motor1 found the filings for Bronco Big Bend. There's also a trademark for Bronco Sport.

Both Outer Banks and Big Bend, filed on July 25, are described as filings for, “Land motor vehicles, namely, passenger automobiles, pick-up trucks, sport utility vehicles.” However, Bronco Sport, filed on July 10, has a filing that goes far beyond that of the other two that includes “land motor vehicle parts for passenger automobiles” such as “shock absorbers,” “seat trim,” “exterior insignia badges,” and much more. It’s an odd differentiator, but Ford has its reasons for the distinction.

Ford is positioning – or wants to position – the Bronco as a direct competitor with the Jeep Wrangler that’s garnered quite a loyal fanbase thanks to its unmatched off-road capability. The Bronco Big Bend and Bronco Outer Banks could hint at models or trims that are similar to that of the Wrangler Sahara and Wrangler Rubicon – all four correspond to real-world places that'd be picturesque off-road paradises.

We’re still months away from the Bronco’s return next year even though we’ve spotted countless test mules and prototypes running around. Ford’s trademark filings could hint at what’s to come, or they are nothing more than corporate butt-covering. Companies file trademarks all the time that never see the light of day, and Ford’s trio of Bronco trademarks could be the same. However, if the automaker wants to take on the Jeep Wrangler, then Outer Banks and Big Bend are great places to start.