Porsche 911 Burns To Ash After Fiery Crash On German Highway 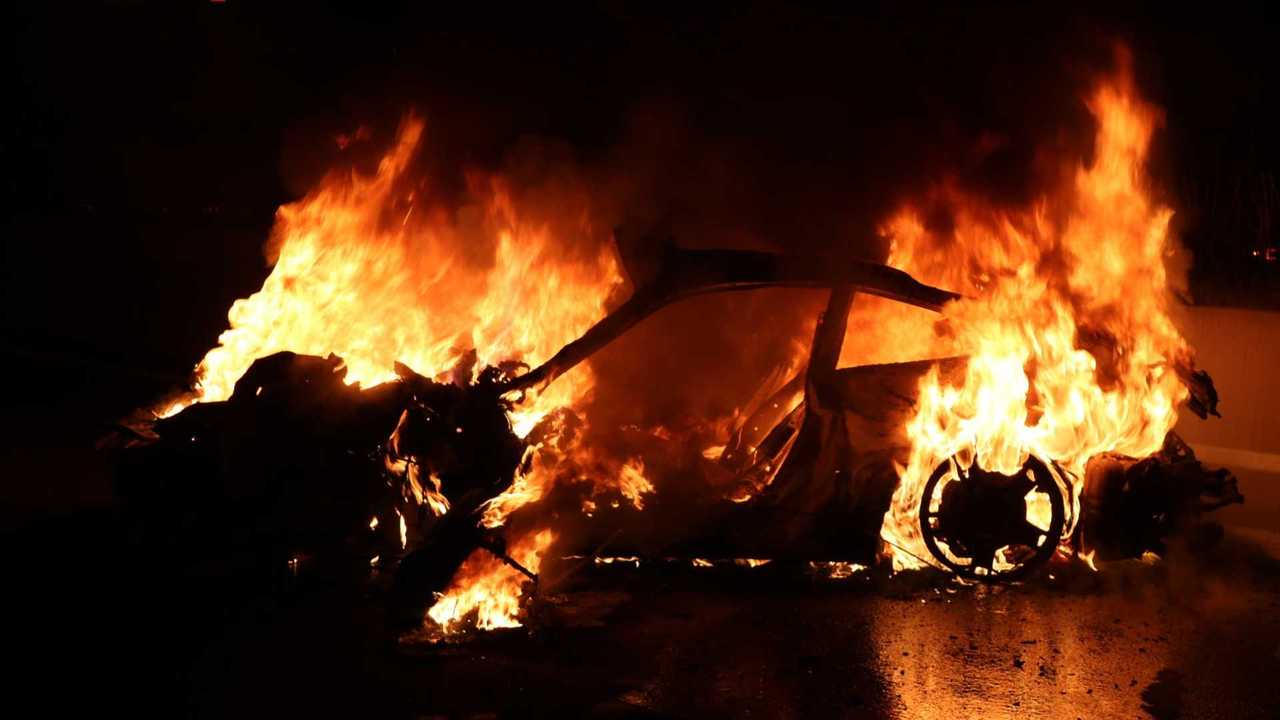 The driver managed to get clear of the blaze, but still went to the hospital with injuries.

A vehicle fire is never a good thing, but when it happens as the result of a crash it can be particularly terrifying. In this case, we’re very happy to say the driver of this Porsche 911 Carrera did escape the flames, but he was taken to the hospital for unknown injuries. When you see what’s left of the mangled, burned-out wreck in the photo gallery below, it’s amazing the driver wasn't killed. When you learn the story behind the accident, it’s a borderline miracle.

The crash occurred late at night on November 8 along a stretch of Federal Highway 9 in Germany, near the town of Dittersdorf roughly 50 miles south of Leipzig. It’s not clear if this stretch of highway was subject to speed limits, but it appears the 997-era Carrera was definitely traveling at a high rate of speed. According to the Fire Department Schleiz on Facebook the Porsche hit the guardrail hard, ripping up 160 feet (50 meters) of it before spinning and skidding nearly 1,000 feet (300 meters) on down the highway. It’d believed that the car also rolled onto its roof during the uncontrolled skid.

German magazine Auto Bild reports that the initial impact was so severe that it ripped the car’s fuel tank apart, which was apparently also quite full. The skidding and spinning sent fuel all over the road, and though a specific ignition source isn’t mentioned, there were no doubt sparks flying all over the place during the melee. In fact, the crash also left parts scattered all across the road, and the fire burned so hot that parts of the tarmac were damaged from the heat.

As for exactly what caused the crash, nobody knows for sure at this point. Auto Bild says the crash was “probably” due to a bad tire, though given the intensity of the blaze there isn’t much left to investigate. In any case, this is one Porsche that most decidedly will never see the road again. Hopefully the driver will make a quick and complete recovery.