Watch A Father Save His Son From A Burning Race Car

It only takes seconds for the car to go up in flames.

One of the most dangerous things that can happen on a race track is to have a car catch on fire. Not only does it put the driver in peril, but it hinders the rescue crew from getting close to the vehicle to save the driver. Often, fires spread quickly before fire crews can even arrive, leaving a few brief moments for rescuers to act. So, when some late model racing action left Mike Jones wrecked in the middle of the track with fire spewing from the engine bay, his father, Dean, did what any parent would – he hopped the pit wall, ran to his son's burning car, and helped pull him from the wreckage. 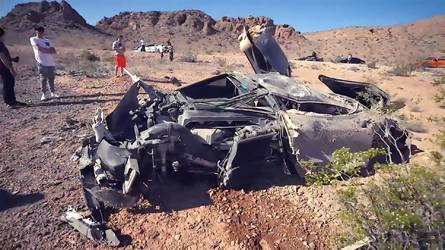 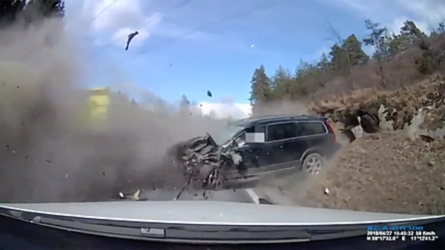 The video of the heroic incident is short. It takes just five seconds after the initial impact for the race car to catch on fire, which it does before it even comes to a stop after making contact with another vehicle. Dean is first on the scene, but by that point, another 10 seconds had already elapsed.

During that time, you can see Mike in the car removing his restraints as fuel pours down the track, helping to spread the fire. Luckily, it appears the engine bay contained the fire. If it had spread to the cabin, it would have been much more dangerous for Mike. It takes about another six seconds for Dean to help remove Mike from the burning car. By that point, fire crews arrived to start putting out the fire. Both escaped without any injuries.

The video is a chilling reminder of how quickly a crash can happen on the race track, and how fast it can go from a minor accident to a life-threatening scenario in seconds. Quick thinking by Dean and the swift action of the fire and safety crews helped make this accident one with a happy ending.