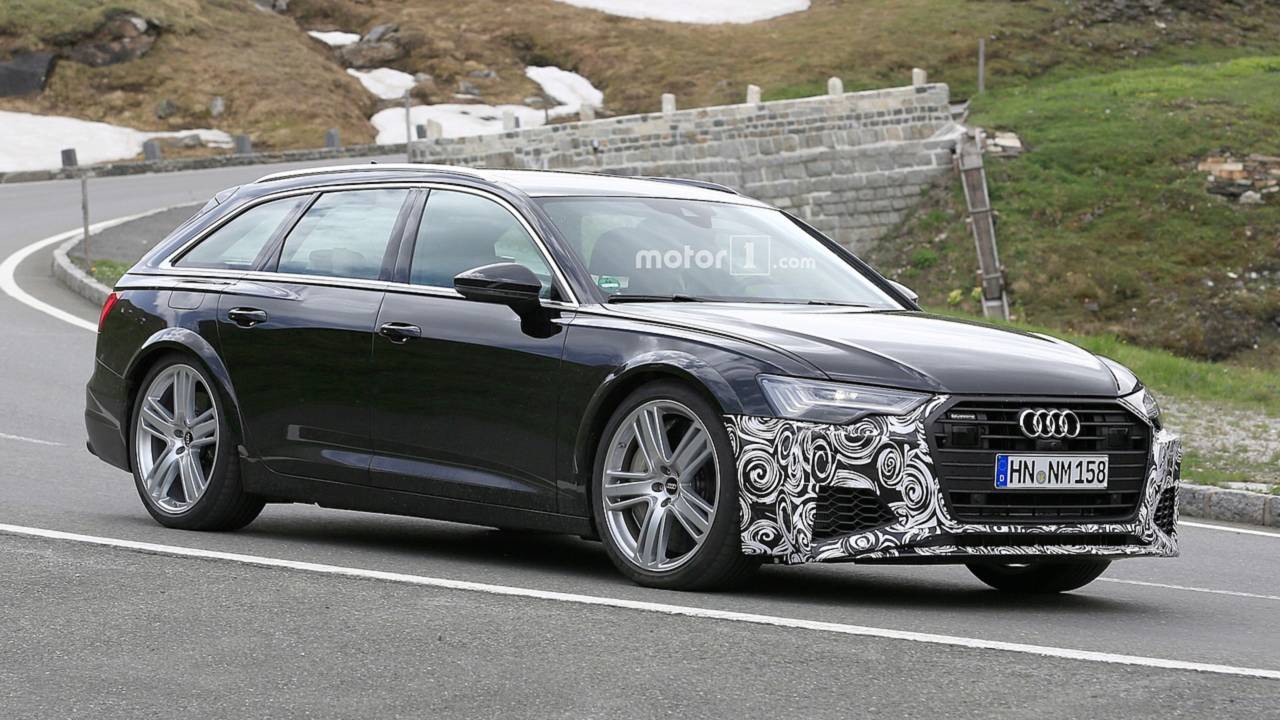 We should see the sporty wagon in full in 2019.

With the new Audi A6 already unveiled, and the more-potent Audi S6 and S6 Avant models already captured on the road, we knew it would only a matter of time before the hardcore RS6 Avant showed up, too. Our spy photographers captured the sporty Audi station wagon testing on public roads alongside the new RS Q8 SUV.

Most of the body remains uncovered, but the revised front fascia is still well covered up. The new look is more aggressive than the standard station wagon, naturally, and features two larger vents on each side, a lower diffuser, and some added body detailing below the headlights. Out back, the uncovered butt shows off a set of large dual exhaust tips and not much else.

Mechanically the new RS6 should share most of its components with the RS7 sedan. That means the sporty wagon could have an output somewhere in the neighborhood of 650 horsepower (484 kilowatts) courtesy of a biturbo V8 engine – which would put it well above the most-powerful RS6 Performance, which produces just 605 hp (451 kW).

But don’t count out a hybrid powertrain option just yet. Rumors suggest the RS6 could borrow the hybrid setup from the Porsche Panamera Turbo S E-Hybrid. That setup would allow it to produce closer to 700 hp (521 kW). The S6 Avant, meanwhile, will drop its V8 in place of a biturbo 2.9-liter V6 instead.

The new Audi RS6 should show up sometime in the second half of 2019. With companies like BMW shrinking its presence at next year’s Frankfurt Motor Show in September, it would be an ideal venue for Audi to debut its new performance wagon for the first time.