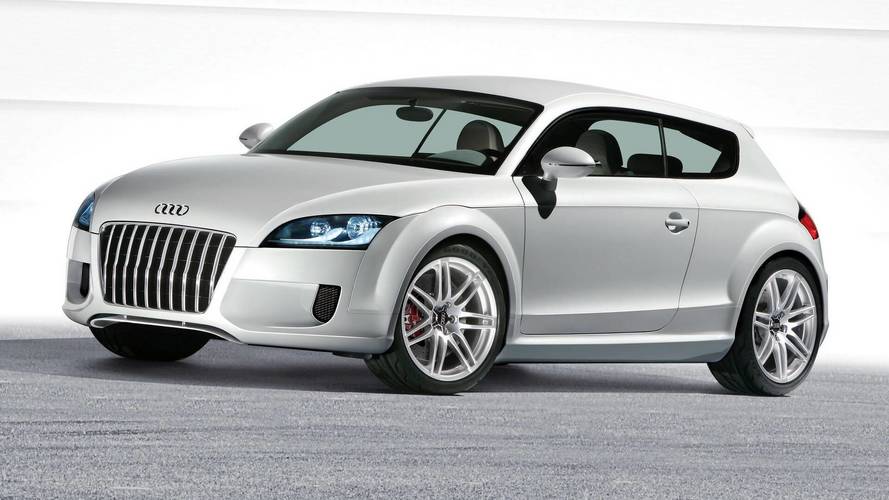 Unfortunately, neither of the two reached production.

The idea of a more versatile Audi TT is intriguing: combining the sportiness of the standard coupe with the extra practicality of a wagon.

During the second generation of the TT, Audi toyed around with the idea of altering the coupe’s roofline and modifying its rear end to free up more space inside the cabin by putting an emphasis on the cargo area. Back in the day, the company said the concept’s interior had sufficient room “for substantial transport requirements,” especially after folding down the rear seats to boost volume from 255 to 730 liters.

There was a lot to like about the TT-based Shooting Brake concept aside from its extra practicality. It had a large and punchy six-cylinder engine channeling 250 hp to both axles courtesy of the Quattro setup. High-tech features included an OLED display, adaptive damping, and LED headlights, which were a big deal 13 years ago.

Those 19-inch double-spoke wheels were borrowed from the RS4 of those days from where the concept also inherited the flat-bottomed steering wheel. Its sleek body came painted in “Electric White” and drew inspiration from the A4-based DTM race car as well as from the futuristic RSQ concept featured in “I, Robot.”

Fast forward to 2014, Audi revisited the idea of a TT-based shooting brake, but with an Allroad twist. The rugged concept was based on the third generation of the coupe and had a significantly different powertrain by mixing a 2.0 TFSI with a pair of electric motors. It was much more powerful than its predecessor and substantially quicker while following the same philosophy of blurring the line between a coupe and a wagon.

Longer, wider, and taller than the showcar before it, the Allroad Shooting Brake concept itself was followed later the same year at the Beijing Motor Show by yet another interpretation of the TT – a crossover. Just like the two previous concepts, the TT Offroad Concept (pictured below) never made it to the assembly line, although the Q4 coming next year will follow just about the same recipe.