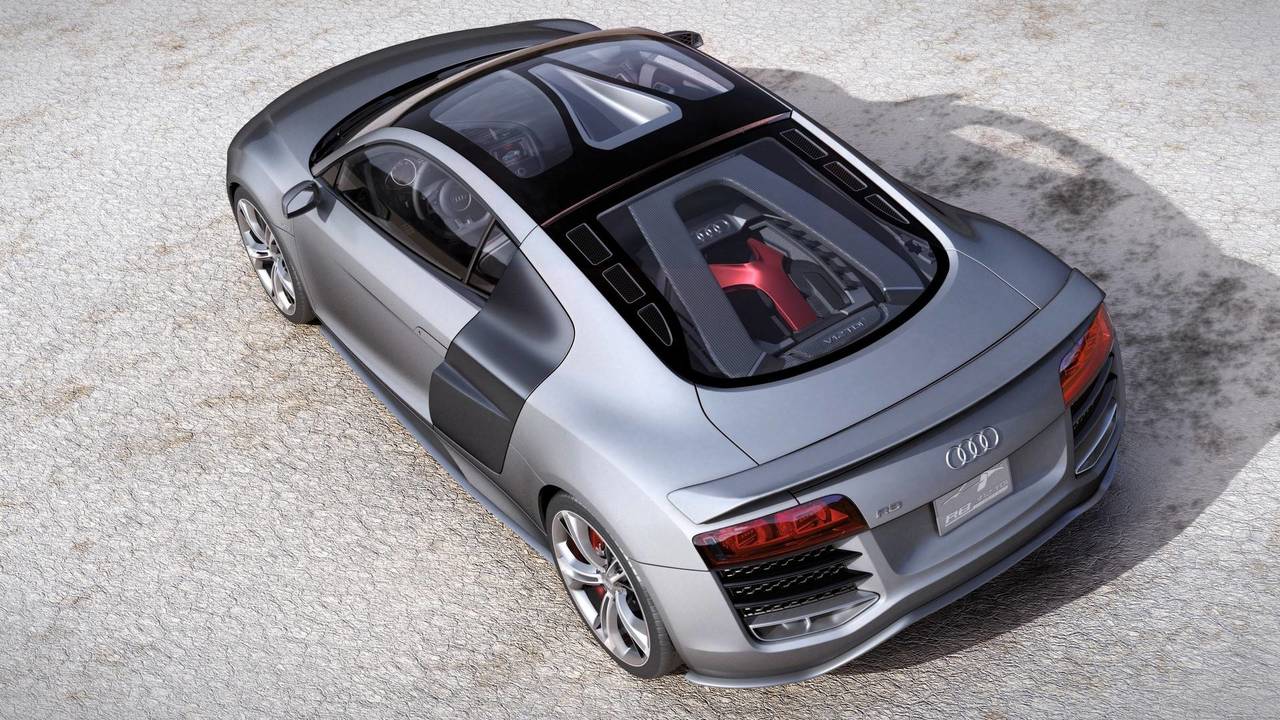 The diesel-powered supercar never made it as a production model, but its engine went on to power the Q7.

The idea of a V12 diesel-powered supercar might sound crazy nowadays in the aftermath of the emissions scandal, but things were significantly different a decade ago.

Having won two times at Le Mans, Audi was on a roll with the R10 race car and decided use an adaptation of its 5.5-liter V12 engine for a road-going supercar. Thus, the R8 V12 TDI concept was born with a 6.0-liter unit using a pair of turbochargers. Billed as being the world’s first supercar running on diesel, the concept offered a mountain-moving 1,000 Nm of torque from a low 1,750 rpm.

Despite being heavier than the V8-propelled R8 of those days due to its bigger engine, the unusual concept was actually a few tenths of a second quicker in the sprint to 100 kph and had roughly the same top speed. Back then, manual gearboxes were still prevalent in high-end machines, so the V12 TDI concept used a six-speed manual that had the difficult task of sending the immense power to a Quattro all-wheel-drive layout.

Other than the engine transplant, there were other changes compared to the standard R8, such as the implementation of a NACA duct in the center section of the glass roof. In addition, the familiar sideblades were widened and Audi also enlarged the air vents both at the front and rear, giving the concept a more aggressive look compared to its naturally aspirated counterpart.

Another upgrade over the normal version was the implementation of full-LED headlights, which were released for the street-legal model shortly thereafter. The R8 V12 TDI was first shown at the Detroit show back in January 2008 and renamed R8 TDI Le Mans for its European premiere at the Geneva Motor Show a couple of months later where it switched from a silver to a more appealing red paint.

After about a year of internal debate, Audi ultimately decided to pull the plug and the project was axed. Why? It would’ve been too expensive to build the car for what would have been a niche model. However, the engine did survive as it went on to power the Q7.

Several years later, the rumor mill indicated the second-generation R8 would be offered with a diesel engine (either a V8 or a V10), but it never happened.

Despite the costly Dieselgate saga, diesels are still very important for the Volkswagen Group and let’s keep in mind Audi sells an SQ7 with a V8 TDI engine, which can also be found in the Bentley Bentayga. Not only that, but the company with the four-ring logo will allegedly infuse diesel power in the next S6 and S7.