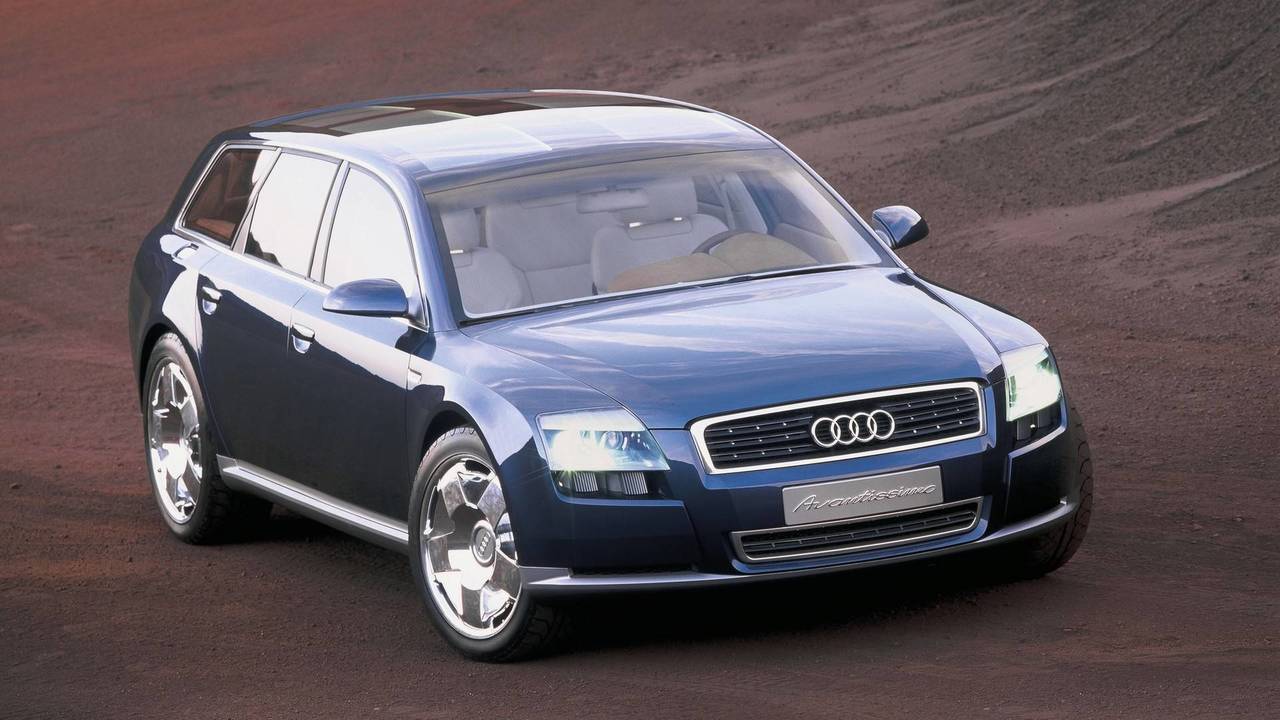 The A8 wagon that never was.

The idea of a large luxury wagon from Audi might pique the interest of some people not willing to go down the SUV road.

Remember when Audi toyed with our emotions back in 1997 by introducing an A8 Coupe at the Geneva Motor Show? It happened all over again four years later when the Avantissimo broke cover in Frankfurt to propose the idea of an A8-based wagon, but as it was the case with the coupe, the large luxury family hauler never hit the assembly line.

The Avantissimo was in fact a preview of two things: the second-generation A8 (D3) launched a year after the concept, and also a taste of things to come as far as the Multi Media Interface (MMI) infotainment system. Large and imposing, the showcar was a little over five meters (197 inches) long, 1.91 meters (75.2 inches) wide, and 1.43 meters (56.3 inches) tall, with a design that borrowed from the future.

Featuring an aluminum body to lower weight as much as possible, the Avantissimo was engineered with an intricate glass roof with panels incorporating photo-voltaic elements. The solar energy stored was then used to power the interior cabin’s ventilation system with the engine turned off, thus saving precious fuel.

Speaking of the engine, Audi’s engineers installed their then-new biturbo 4.2-liter V8 channeled to the Quattro system through an also new six-speed automatic transmission that came with paddle shifters behind the steering wheel.

Those massive alloy wheels with a polished finish were wrapped around in special tires that had a bespoke anchoring system, which effectively eliminated the risk of the tire detaching from the wheel rim. With built-in pressure sensors, the tires were of the run flat type, allowing the driver to cover more than 120 miles (193 kilometers) at speeds of up to 50 mph (80 kph) even with a flat tire.

The bi-xenon headlights were also quite special, featuring movable reflectors to enable a cornering function and thus boost visibility whenever the driver was steering left or right.

But at the end of the day, the Avantissimo was just that – a concept. With Audi now focusing on more and more crossovers and SUVs, it seems highly unlikely there will ever be a bigger wagon to slot above the A6 Avant. In fact, we should actually be grateful there will be a new one…