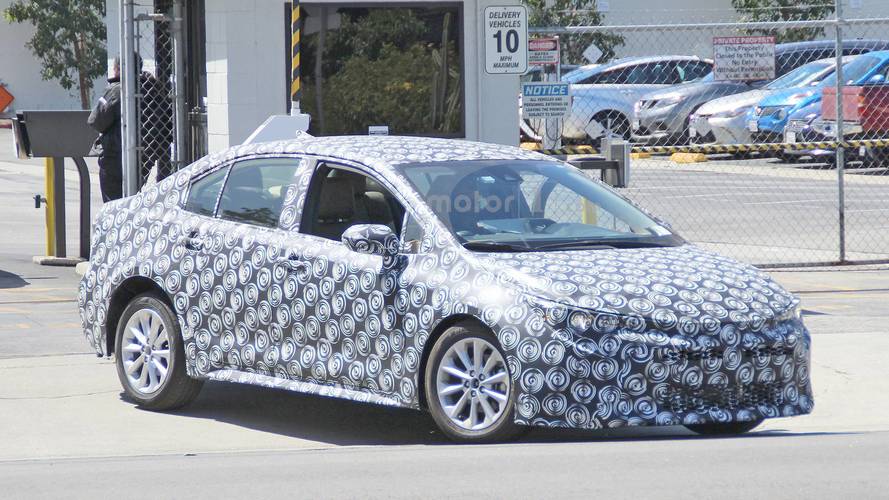 The production lines at the factory in Mississippi will be completely replaced.

Toyota assembled the very first Corolla at the factory in Blue Springs, Mississippi on November 17, 2011 and celebrated the 500,000-car milestone on February 12, 2015. Fast forward to December 12, 2017, the one-millionth sedan rolled off the line and now the company is gearing up for the next generation of the world’s best-selling car.

Likely scheduled to go on sale in 2019 for the 2020 model year, the all-new Corolla hasn’t been revealed yet. Like the hatchback introduced earlier this year, the popular sedan will switch to the TNGA platform, prompting Toyota to entirely replace the current production lines. $170 million are being invested in the plant and 400 new jobs are going to be created over the next 12 months.

Toyota’s decision to invest money into its Mississippi factory is part of a larger investment of $10 billion in U.S. factories over the next five years. More than $1 billion have been spent in the Blue Springs factory since 2007, a factory that was originally supposed to assemble the Highlander SUV before a decision was made to switch to the Corolla.

A total of 1,500 workers are putting together the current-generation Corolla and annual capacity stands at 170,000 units. With more jobs on the way and a revamp of the assembly lines, these numbers are all set to grow in anticipation of the twelfth-generation sedan.

It’s worth mentioning the all-new Corolla will be manufactured not only at the factory in Mississippi, but also at a new assembly plant Toyota is building in association with Mazda in Alabama. It’s set to be operational beginning 2021 following a $1.6-billion investment and will have an annual capacity of 300,000 cars. Up to 4,000 jobs will be created at the plant where Mazda will put together a new crossover to cater the North American market.

BLUE SPRINGS, Miss. (April 26, 2018) – It is springtime in Blue Springs, and plants – such as Toyota Motor Manufacturing, Mississippi – are growing. During a groundbreaking ceremony for Toyota Mississippi’s new visitor and training center, the company announced it would invest $170 million to build the 12th generation Corolla using Toyota New Global Architecture (TNGA).

“We will be able to respond quicker and be more flexible in order to meet market demands down the road,” said Toyota Mississippi President Sean Suggs. “I’m very proud of our team members and the partnerships we have developed across the state.”

TNGA
The $170 million investment in the Mississippi assembly plant will include a complete replacement of the current production lines allowing the facility to produce advanced vehicles more efficiently and better adapt to changing market needs.

TNGA is a new approach to the way Toyota designs, engineers and produces its vehicles. While retaining traditional Toyota values, such as exceptional quality and safety, TNGA improves performance of all models, including providing more responsive handling and a more comfortable, enjoyable feel while driving. It also shortens the development cycle for vehicle improvements and new vehicles by providing a more flexible production environment.

Today’s announcement is another economic development win for the state of Mississippi. It brings Toyota’s investment in this facility to more than $1 billion since 2007.

“For more than a decade, Toyota has been a valued corporate partner to Blue Springs and the state of Mississippi,” said Mississippi Governor Phil Bryant. “Toyota’s commitment to building a sense of community is illustrated by the company’s continued investment in its operations and philanthropic efforts throughout the region. This latest investment and addition of hundreds of new jobs reinforces Toyota’s dedication to excellence in Blue Springs for generations to come.”

New Jobs
Toyota will work with its hiring partner ResourceMFG to hire 400 team members to meet the growing demand for the world’s best-selling vehicle of all time, the Toyota Corolla.

“ResourceMFG will aid in recruiting approximately 400 new team members over the next 12 months,” Suggs said. “These jobs will support production of the all-new Corolla, and we are excited to build more of them for our loyal customers.”

Visitor and Training Center
Being competitive in the marketplace also requires both a strong workforce and talent pipeline. Toyota will continue “growing their own” by providing enhanced workforce development training at its new visitor and training center.

“Today is very exciting as we unveil the design and break ground on our future visitor and training center,” Suggs said. “Toyota knows that you have to put in the effort to get the results, and this is just the beginning of that effort.”

Scheduled to open in November 2019, the visitor and training center will be open to the public five days per week from 8 a.m. to 5 p.m.