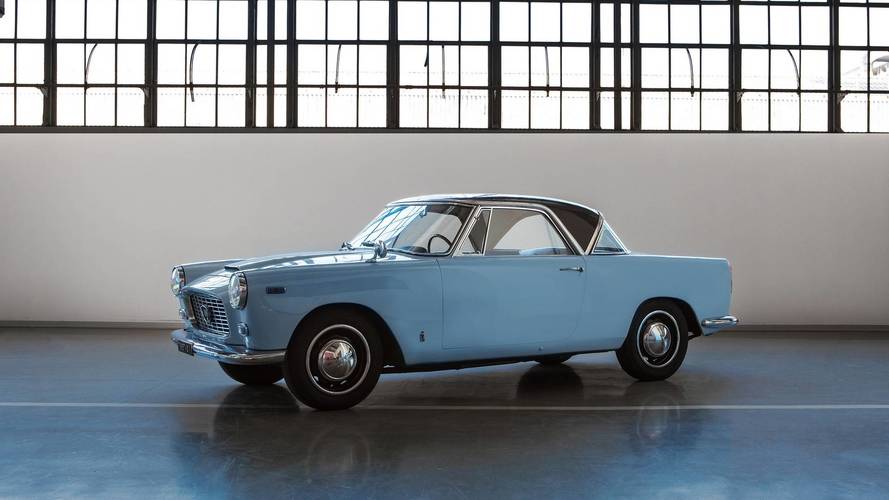 Fiat Chrysler Automobiles has introduced its new official restoration program for classic models of Alfa Romeo, Fiat, Lancia, and Abarth. The new division is called Reloaded by Creators and will sell carefully selected retro vehicles, “which have been restored to their original glory and guaranteed by the constructor.”

The newly established program will guarantee the authenticity of the selected cars with a certificate. The funds raised by the service will be invested into scouting other rare FCA vehicles, restoring them, and adding them to the existing historic collections of the automaker. This makes Reloaded by Creators, as FCA explains, “a real cultural project, inspired by the modus operandi of art museums worldwide.”

The announcement for the new sales service for lovers and collectors of classic Italian cars was made during the Retromobile classic car exposition in Paris by Roberto Giolito, head of FCA Heritage. There, FCA has the first five cars restored by the program on display and available for sale. These include two Alfa Romeos, a 1991 Spider and a 1989 SV, two Lancias, a 1973 Fulvia Coupe Montecarlo and a 1959 Appia Coupe, and a very special 1981 Fiat 124 Sport Spider Spidereuropa made by Pininfarina.

The Italian-American company says all five cars come with a Certificate of Authenticity and be on display at the Paris classic cars show until Sunday, February 11. Visitors will be able to “admire them and request information about the work done on them and purchasing procedures.”

If you are interested in any of these vehicles, but can’t visit Paris, FCA has a dedicated section on the official site of FCA Heritage. Click here to learn more about the five vehicles currently on sale, or check out the press release section below for more details.

Coinciding with the official opening of the Rétromobile show, at a press conference held today in Paris, Roberto Giolito, head of FCA Heritage, presented "Reloaded by creators", the new sales service for lovers and collectors of Alfa Romeo, Fiat, Lancia and Abarth classic cars. He also provided an overview of all FCA Heritage's other programmes for the safeguarding and promotion of the historic legacy of the Group's Italian brands.

The new "Reloaded by creators" project opens a new, original chapter in the FCA Heritage story: from now on, the Department will also be offering for sale a limited number of carefully selected classic cars, specially purchased by the Department, which have been restored to their original glory and guaranteed by the constructor (hence the name of the service). The sums raised will then be used to finance new scouting activities to add important new pieces to FCA's historic collection. This is therefore a real cultural project, inspired by the modus operandi of art museums worldwide.

FCA Heritage has selected and offered for sale five fascinating cars: Alfa Spider IV serie (1991), Lancia Fulvia Coupé Montecarlo (1973), Spidereuropa Pininfarina (1981), Alfa Romeo SZ (1989) and Lancia Appia Coupé (1959). The first three of these are "ultimate classics", meaning the last versions of their series to be built, the most "complete" in terms of engineering and design, while the other two offered for sale are "unusual" custom cars not everyone will know about. These three "ultimate classics" are also on display, from today to Sunday, at Rétromobile, where visitors will be able to admire them and request information about the work done on them and purchasing procedures. All five cars will be complete with the Certificate of Authenticity - meaning a genuine first for Alfa Romeo and Fiat brand certificates - and will be presented in the new "Reloaded by Creators", section, available from today on the www.fcaheritage.com website.

Alfa Romeo Spider (1991): The icon of "Italian style" convertibles, the Alfa Romeo Spider belongs to the last version of this glorious model to be built, launched in 1966 as the final work of Battista Pininfarina in person. The car, which has always belonged to FCA, was used for technical tests such as the custom-colour test, which makes it a virtually unique Alfa Romeo.

Lancia Fulvia Coupé Montecarlo (1973): the Lancia Fulvia Coupé was launched in 1965, based on a shortened version of the Lancia Fulvia sedan chassis, with lines inspired by those of Riva speedboats. The car offered for sale comes from the "Montecarlo" series, created as a limited edition to celebrate Munari and Mannucci's legendary victory in the 1972 Montecarlo Rally. The specific "Montecarlo" on sale is based on the 2nd series Fulvia Coupé, and it is equipped with a 1.3 90 HP engine. It was delivered to the Lancia dealership in Naples on 19 April 1973, and still has its original black registration plates.

The Spidereuropa Pininfarina (1981) represents the final act of the 124 Sport Spider... one of the longest-lived Fiat cars built in the last century. Designed by Pininfarina in 1966 and produced until 1985, the 124 Sport Spider lived a double life between Europe and the United States - from 1975 it was produced only in the USA. It only returned to this side of the Atlantic in 1982, when Pininfarina decided to launch the Spidereuropa. This exemplar was one of the first, and only drove 10,000 kilometres: for its 105 horsepower two litre engine, hardly more than the distance needed to run it in!

Alfa Romeo SZ (1989): the car was developed to return the Italian brand's technological brilliance to the large sports coupé sector. A car with immense personality, the Alfa SZ features bodywork made totally of synthetic materials, and was assembled by hand by Zagato on the chassis and mechanicals of the Alfa 75 3.0 V6. The rear-wheel drive uses the classic Alfa Romeo transaxle layout. It was produced only in the "Alfa Red" colour, in 1,000 numbered exemplars, sold originally at a price of over 100 million lire. The car bears the date 15 September 1989 (one of the very first), and hails from the circuit in Balocco, where it was used for testing and experiments. The difference between this and standard production cars gives it an almost prototypal status.

Lancia Appia Coupé (1959): a car which took its place in the annals of Italian cinema as the car driven by Sylva Koscina in Luigi Zampa's film "The Traffic Policeman". This is a 2 + 2 coupé designed by Pininfarina and built on the chassis used by Lancia for its custom-built cars. Its outstanding characteristics include the finely styled interior and the two-tone bodywork which emphasises the elegance of the roof, defined by the distinctive V pillar. The car showcased in Paris was manufactured on April 16, 1959.