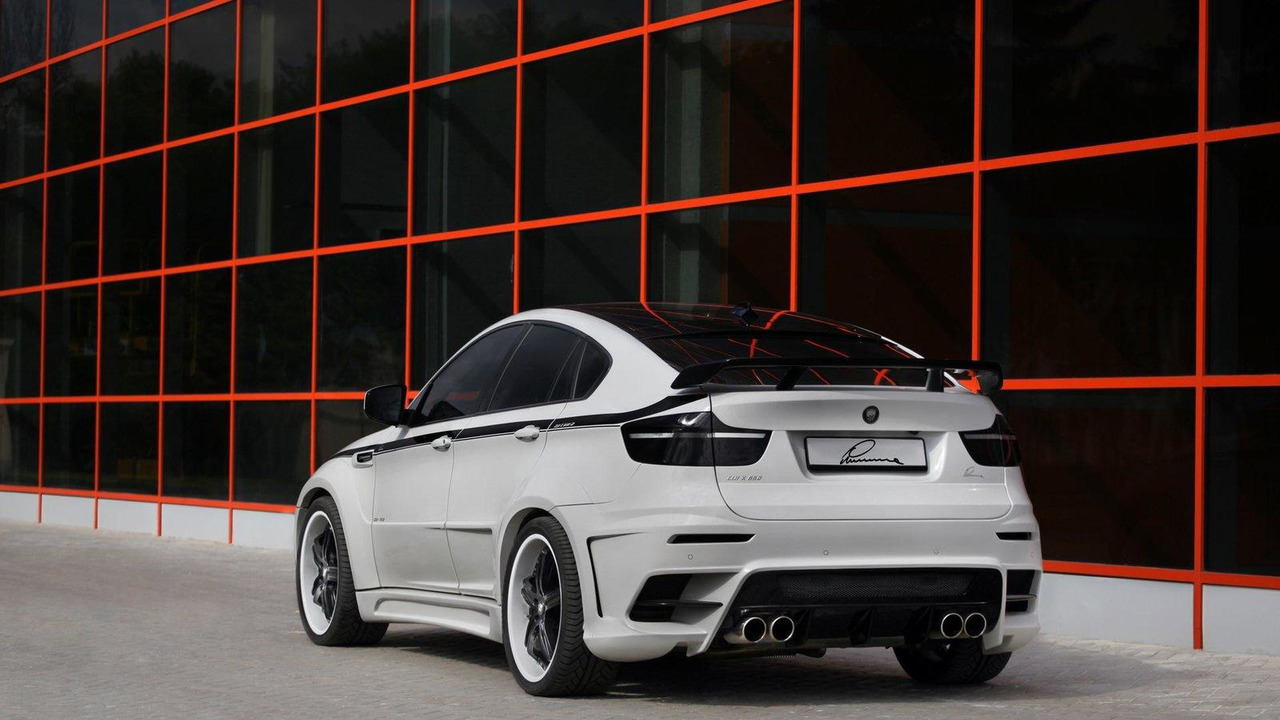 Engineers in Winterlingen, Germany, have finished a slightly revised design on the Lumma Design CLR X 650 M, based on the BMW X6. Looking truly inspired by some 1980s-era Rieger widebody tuning jobs, the SUV has a sort of ugly/cool quality.

The latest model features a three-percent increase in power, raising output of the engine to 670 horsepower (493 kW). Torque, which had been expected to max out at around 830 Nm, will instead peak at 850 Nm. This represents over a 20 percent boost in horsepower, and a 25 percent improvement in torque when compared to the standard BMW X6 M.

The improvement over the previous Lumma CLR X 650 M package is due to a new high-performance exhaust system that is finished with quad tailpipes. The crossover is now capable of reaching speeds of 194 mph (312 km/h).

Exterior modifications to the vehicle include a redesigned rear skirt and wing, along with the already-available three-section front spoiler with daytime LED runners, flared fenders, and revised sidesills. A new carbon and Kevlar hood is also attached. Meanwhile, the model was dropped by 45 mm via lowering springs. Racing IV alloy wheels were then added. The 9.5x20-inch units are wrapped in performance tires. Interior mods include quilted leather upholstery, carbon trim, and aluminum pedals.