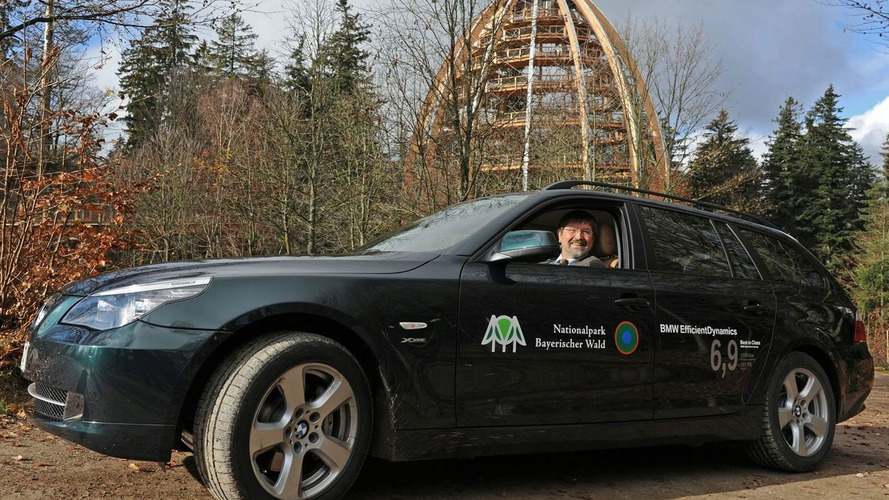 The 5,555,555th BMW 5 Series rolled off the company's Dingolfing production line. It is being donated to the Bavarian Forest National Park.

BMW marked a milestone by building the 5,555,555th 5 Series car since the series launch in 1972. The particular 525d xDrive Touring in question will be donated to the Bavarian Forest National Park, the oldest such reserve in Germany. The 24,000-acre nature reserve was created in 1970 as a haven for nature. It hosts about 800,000 visitors per year and boasts such attractions as wild animal enclosures and more than 300km of hiking trails.

The car will be suited to its new home since it features BMW's xDrive all-wheel technology, power output of 145kW (197hp) and an average fuel consumption figure of 6.9 litres per 100km. C02 emissions are quite green at 184g/km. An all-new 5 Series, spied numerous times including here, here and here, is scheduled for launch some time in 2010.