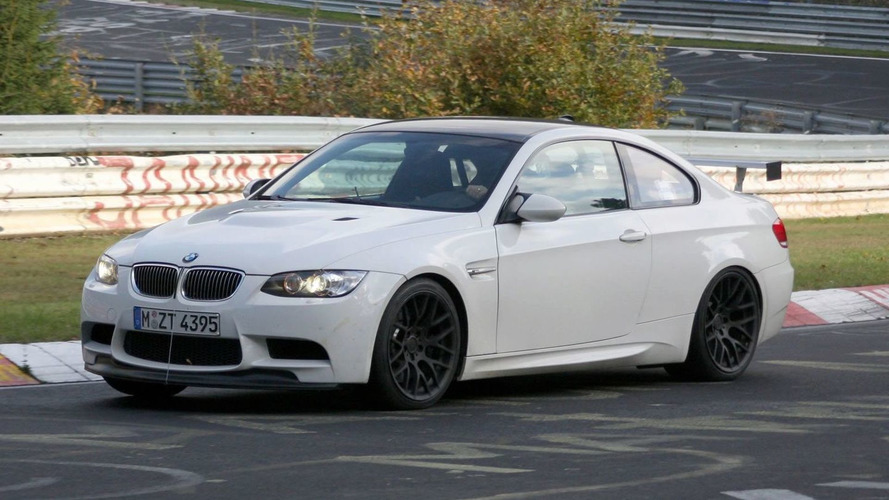 A mysterious BMW M3 with a solid rear wing and a roll cage has been spotted running around the Nurburgring. Could it be a CSL? Or maybe it's a road-going M3 GT4? What about an M3 CS perhaps? Speculation speculation.

BMW aficionados know that once an M car goes into production that's it, there will not be any technical upgrades during its lifecycle. And since the current M3 was launched two years ago a new one is not expected until at least 2013. So then why is BMW testing an M3 around the Nurburgring in 2009? And why does the subject sport a very basic-looking rear wing, a front bumper splitter and what appears to be a roll cage?

A number of ideas are coming up regarding this, including one saying this is a CSL (Coupe Sport Lightweight). It will be remembered that a track-focused lightweight M3 CSL last went on sale with the E46 model. Among others it had a carbon fibre roof, an SMG II transmission, 90-degree fixed front seats and semi-slick tyres. But BMW says a CSL is not on the agenda for the E92.

Another possible culprit could be a road going version of the BMW M3 GT4 race car. Audi is availing units of the R8 GT3 to the public and BMW might be doing the same with its racer. The E46 M3 had a Competition Package which was also called the CS in the UK. But most of its makeup was taken from the CSL and so without it such a derivative seems unlikely. What do readers think?