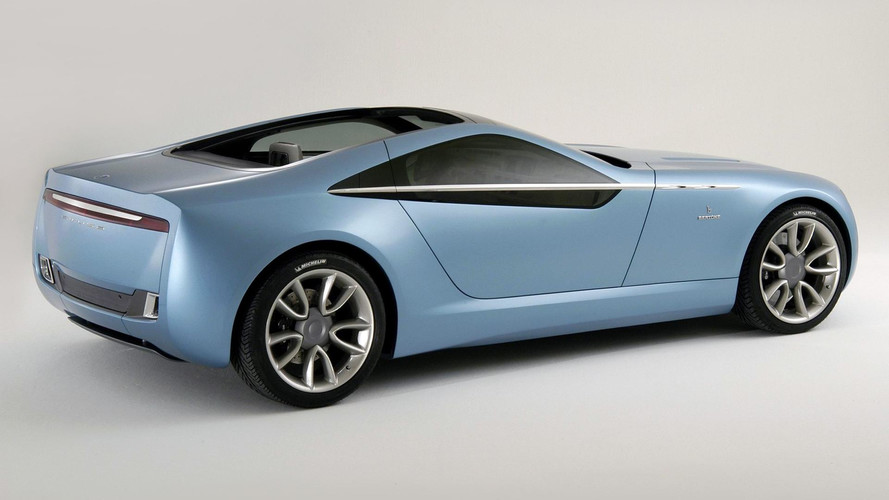 When Bertone worked its magic on Chris Bangle's BMW Z8.

Bertone did more than just replace the roof with a massive two-piece glass as it changed all of the body panels up to the point you can’t actually tell this started out in life as a Z8.

The year was 1997 when BMW introduced the Z07 concept as homage to the gorgeous 507 roadster of the late 1950s before turning it into a production model two years later when the Z8 came out. Since the showcar had been designed with production in mind, the final car turned out to be just as stylish and elegant. To this day, it’s arguably one of the nicest designs to come from BMW thanks to Chris Bangle’s team, which included Henrik Fisker for the exterior and Scott Lempert for the retro-flavored cabin.

At the end of the Z8’s life cycle in 2003, Bertone decided to give the roadster a refresh for a one-off concept unveiled that year in Geneva. It carried over the 4.9-liter V8 engine with 400 horsepower and 370 pound-feet (500 Newton-meters) of torque, along with the six-speed manual gearbox and the rear-wheel-drive layout. These were all housed in a completely different body featuring gullwing doors made entirely out of carbon fiber.

While the Z8 was offered with both a fabric roof and a hardtop, the Birusa received a large sunroof with two glass panels that folded entirely under the trunk. Special glazing of the glass blocked 95 percent of all ultraviolet rays, while the special construction process made it 10 percent lighter than the regular tempered glass. In addition, Bertone said back in the day the pair of expansive glass panels also boosted sound insulation and improved thermal comfort.

The famous Italian design team decided to give the Z8 a more aggressive appearance with a wedge-shaped side profile featuring an aluminum blade incorporating the door handles as well as functional air outlets to cool the engine bay. At the back, its full-width LED taillights matched the light intensity with the braking effort.

Much attention was given to the interior, featuring a night vision system thanks to a front-mounted camera sending the footage onto a display mounted on the steering wheel. Bose was in charge of creating a bespoke sound system with 11 speakers and two subwoofers, which were all developed to take up a minimal amount of space.

The pièce de résistance was a Segway adjusted to fit inside the Birusa’s trunk and customized to match the car’s interior with Alcantara surfaces and soft foam. It even had a Bose sound system and a navigation unit.

There weren’t any plans to put the Birusa in production as the concept was only a styling exercise from the talented Bertone design house.