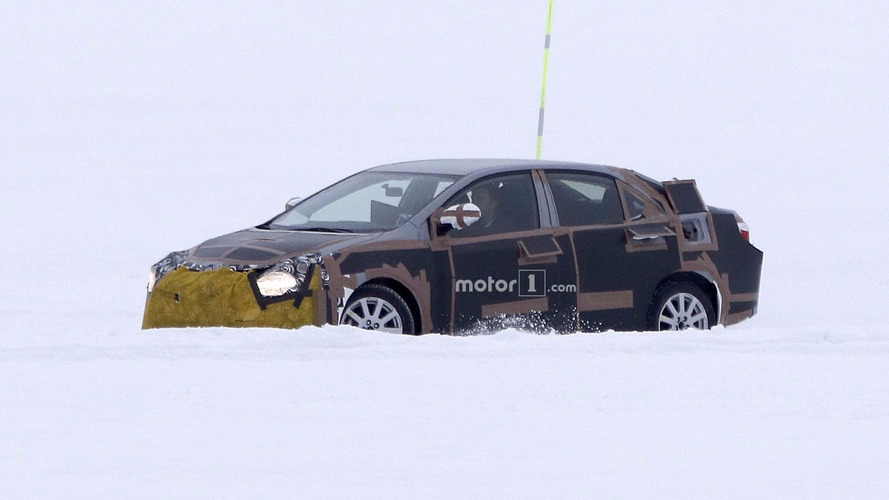 Rumors say the world's best-selling car will get a BMW engine in its twelfth generation.

Launched at home in Japan back in 2012 before arriving in international markets later in 2013, the current Corolla received a mild update last year that should keep it fresh until the next generation. Spotted early in the testing phase, the all-new model was carrying multiple types of camouflage to hide the changes that are in tow as far as the exterior design is concerned.

Bear in mind the simple round headlights are temporary and will make way in the months to come for the production-ready clusters. At the back, the taillights are sourced from the current U.S.-spec Corolla. As for the side profile, the first thing that catches our attention is the position of the mirrors, which have been moved farther from the A-pillars and are now sticking out.

Corolla Then and Now:

All things considered, we’re likely looking at a test mule rather than a more evolved prototype considering the vehicle has a combination of provisional components used in the first half of the testing sessions and some bits and bobs sourced from the Corolla available in showrooms today.

That can only mean an official reveal of the next generation will not occur in the foreseeable future, so look for a launch in the Land of the Rising Sun at some point 2018. International markets should follow either by the end of that year or early 2019.

When it will arrive, the new Corolla is going to be entirely different in terms of hardware. It’s because the compact car will switch to the Toyota New Global Architecture (TNGA), which has already underpinned models such as the latest Prius and the funky C-HR crossover we had the pleasure of reviewing earlier in the week. Since it will have many things in common with the Prius, one can assume the next Corolla will feature a hybrid powertrain for a thirty version.

The rumor mill indicates Toyota will install a BMW engine underneath the hood, as part of a tie-up between the two automakers signed some years ago. If the reports will pan out, the 2019 Corolla will follow the BMW-powered Verso MPV and the Avensis midsize sedan and wagon.

As a final note, the Corolla — which is the world’s most popular car — celebrated its 50th anniversary last year. Since its inception back in 1966, more than 44 million vehicles have been sold throughout all 11 generations, so there’s a lot riding on the 12th one to maintain the same level of success.