Ford Mustang Hybrid. Ford F-150 Hybrid. You read that right. They're both happening, and today, Ford confirms these two electrified vehicles will debut in 2020, just three years from now. They're two big parts of a major electrification push – Ford says "13 new global electrified vehicles" will come to market in the next five years.

Details are slim about the new Mustang Hybrid, Ford only saying it "will deliver V8 power and even more low-end torque." We're not sure if that means four- or six-cylinder motivation, but we do like the idea of instant torque for maximum burnouts. Hybrid burnouts. The Mustang Hybrid will initially be offered in North America, and mum's the word on its availability elsewhere.

We don't have any real details about the F-150 Hybrid, either. All we know right now is that it'll arrive in 2020, "will offer powerful towing and payload capacity and operate as a mobile generator," and will be sold in both North America and the Middle East.

The Mustang Hybrid is part of a $700 million investment in Ford's Flat Rock, Michigan facility, which will also create 700 new jobs. The F-150 Hybrid, meanwhile, will be built alongside the regular pickup at the company's truck plant in Dearborn, Michigan. 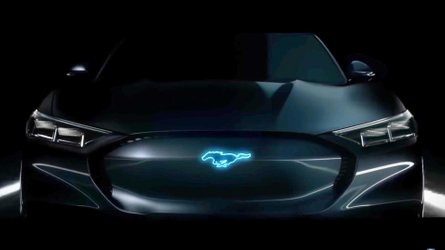 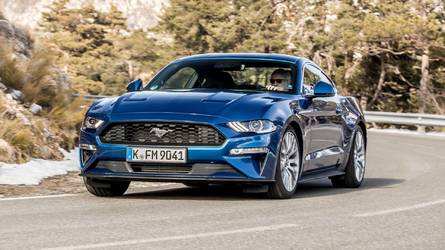 Ford is piloting wireless technology that makes recharging an electric vehicle as easy as pulling into a parking spot; in addition, the company is testing EV prototypes this year in Europe, New York and other large US cities

FLAT ROCK, Mich., Jan. 3, 2017 – Ford today detailed seven of the 13 new global electrified vehicles it plans to introduce in the next five years, including a plug-in hybrid Transit Custom van in Europe, hybrid versions of the iconic F-150 pickup and Mustang in the US, and a fully electric SUV with an expected range of at least 300 miles for customers globally.

The automaker also announced plans to invest $700 million to expand its Flat Rock Assembly Plant in Michigan into a factory that will build high-tech autonomous and electric vehicles along with the Mustang and Lincoln Continental. The expansion will create 700 direct new jobs.

The moves are part of a $4.5 billion investment in electrified vehicles by 2020, offering customers greater fuel efficiency, capability and power across Ford’s global vehicle lineup. The plans are part of the company’s expansion to be an auto and a mobility company, including leading in electrified and autonomous vehicles and providing new mobility solutions.

Ford is focusing its EV plan on its areas of strength – electrifying its most popular, high-volume commercial vehicles, trucks, SUVs and performance vehicles to make them even more capable, productive and fun to drive.

An all-new fully electric small SUV, coming by 2020, engineered to deliver an estimated range of at least 300 miles, to be built at the Flat Rock plant and sold in North America, Europe and Asia

A high-volume autonomous vehicle designed for commercial ride hailing or ride sharing, starting in North America. The hybrid vehicle will debut in 2021 and will be built at the Flat Rock plant

A hybrid version of the best-selling F-150 pickup available by 2020 and sold in North America and the Middle East. The F-150 Hybrid, built at Ford’s Dearborn Truck Plant, will offer powerful towing and payload capacity and operate as a mobile generator

A hybrid version of the iconic Mustang that will deliver V8 power and even more low-end torque. The Mustang Hybrid, built at the Flat Rock Plant, debuts in 2020 and will be available in the North America to start

In addition, Ford announces that its global utility lineup will be the company’s first hybrids powered by EcoBoost®rather than naturally aspirated engines, furthering improving performance and fuel economy.

The company also plans to be as aggressive in developing global electrified vehicle services and solutions. These include EV fleet management, route planning and telematics solutions.

To support the new era of vehicles, Ford is adding 700 direct new US jobs and investing $700 million during the next four years, creating the new Manufacturing Innovation Centre at its Flat Rock Assembly Plant. Employees there will build the all-new small utility vehicle with extended battery range as well as the fully autonomous vehicle for ride-hailing or ride-sharing – along with the iconic Mustang and Lincoln Continental.

This incremental investment in Flat Rock Assembly Plant comes from $1.6 billion the company previously had planned to invest in a new plant in Mexico.

Ford today announced it is cancelling plans for the new plant in San Luis Potosi, Mexico. It also announced that, to improve company profitability and ensure the financial as well as commercial success of this vehicle, the next-generation Focus will be built at an existing plant in Hermosillo, Mexico. This will make way for two new iconic products at Michigan Assembly Plant in Wayne, Michigan, where Focus is manufactured today – safeguarding approximately 3,500 US jobs.

Building on two decades of experience, Ford is applying knowledge and expertise to deliver patented technology, software and services to appeal to all customers including SUV owners, performance enthusiasts, high-volume commercial fleets and truck customers.

“Ford’s global EV strategy is to build on our strengths,” said Raj Nair, executive vice president, Product Development, and chief technical officer. “While some others seem to be focused on marketing claims and numbers, we’re focused on providing customers even more of what they love about their Ford vehicles. This means more capability for trucks, more productivity for commercial vehicles and more performance for sports cars – plus improved fuel economy.”

This year, Ford begins testing its new generation of EV technology. In Europe, Ford will put the Transit Custom plug-in hybrid on the road later this year, along with a new set of mobility services, telematics and connectivity solutions.

In addition, in New York and several major US cities, Ford is testing a fleet of 20 Transit Connect hybrid taxi and van prototypes in some of the world’s most demanding traffic conditions.

Applying approximately two decades of leadership in EVs and commercial vehicles, Ford also is working on a suite of services to make EVs even easier to live with.

“Innovative services can be as important to customers as the electrified vehicles themselves,” said Hau Thai-Tang, group vice president of Purchasing and Ford’s EV champion. “We are investing in solutions to help private customers as well as commercial fleet owners seamlessly incorporate these new vehicles and technologies into their lives.”

Ford already has a memorandum of understanding with several other automakers in Europe to create an ultra-fast charging network projected to be significantly faster than the most powerful charging system deployed today. An initial target of about 400 sites in Europe is planned. By 2020, consumers should have access to thousands of high-powered charging points.

Ford also is piloting wireless technology on company EVs in the US and Europe that make recharging as easy as pulling into a parking spot so drivers never forget to recharge. Wireless recharging extends electric-only range for short distance commuters, even during quick stops. FordPass®also can help consumers reserve charging times.

Ford has been extensively studying how past and current EV owners use their vehicles. The company has sold more than 520,000 electrified vehicles in North America since 2005 and 560,000 globally.

In studying 33,000 Ford EV owners that have made 58 million unique trips, Ford has learned:

Customers want as much electric range as possible, but range anxiety drops over time as they become more comfortable and familiar with the technology
80 per cent of Ford EV customers charge once a day; 60 per cent during evenings

Ford EV customers collectively have plugged in their vehicles a total of 9.4 million nights

An overwhelming majority of Ford EV owners expect to replace their current EV with a new one, additional Ford research shows. Specifically: