What were you thinking VW? Also, could the Subaru / Toyota partnership see a revival of the cult-classic SVX sports coupe?

Oftentimes in the world of automotive journalism, there's much more happening behind the scenes than people realize. This week's episode of Rambling About Cars touches on that by addressing Volkswagen's ill-conceived April Fools' Day "prank" and why it crossed a line that shouldn't be crossed. Conversation shifts to the fabulous Subaru Outback Wilderness, followed by some fun speculation on what's brewing with the Toyota/Subaru partnership.

It's true that Bruce and Smith are upset with Volkswagen, and they aren't the only ones. Major news outlets around the US entered into the bizarre VW name-change announcement with trepidation and confusion, especially since it took place well before the actual day-of-pranks. It got worse when several major sources (including Motor1) followed up directly with VW representatives and were told in some form that yes, this announcement was real. Eventually, VW pulled back on its official statement – still before April Fools' Day even arrived – leaving news outlets and more than a few VW fans angry at being flat-out lied to.

Much has been said about this prank, both for and against VW. Bruce and Smith offer backstory and context on the situation, explaining why VW's conduct was extremely unprofessional and also why VW's actions should bother the general public that still remembers the Dieselgate scandal. If you think VW's joke was harmless and the media is just overreacting, you need to listen to this podcast.

From there, conversation shifts to Subaru, namely the new Outback Wilderness model and the Chris's love pretty much anything Subie-related. The lifted wagon wants to take passengers on off-road adventures; it has the ground clearance to do it but what's up with those tiny tires? And can you really get aggressive with a CVT doling out the power? Still, it's an interesting direction for the Japanese brand that Bruce and Smith are keen to follow, as long as pricing doesn't get absurd.

Speaking of which, who remembers the Subaru SVX? The bizarre AWD sports coupe was quite expensive for its time in the early 1990s, but wouldn't it be neat if the nameplate came back? Toyota and Subaru already have a partnership, and a recent teaser tells us the companies want to "make ever-better cars together" with an announcement coming April 5. Will we see the new Toyota 86? Will we see a jointly developed EV crossover? Or might it be something completely unexpected, like a new sports coupe that, on Subaru's side, could wear an SVX badge? Hey, we can dream, and that's exactly what the podcast duo does. 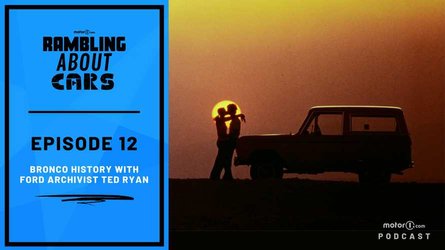 A Bronco Deep Dive With A Ford Archivist: Rambling About Cars #12
⠀ 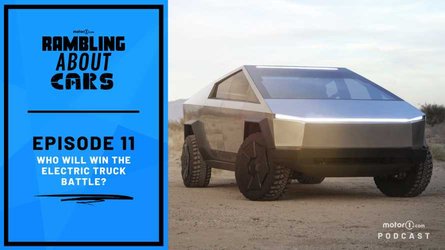 Do you have an old SVX (or more likely, two) in your garage? The hosts want to hear about it. For that matter, they want to hear about all the cool cars and car projects that listeners have cooking. A future Rambling About Cars episode is being planned that will focus entirely on listeners, so join the excitement. Email podcast@motor1.com and share your passion for cars with Bruce and Smith. You can also follow the hosts on Twitter: Bruce is @ChrisBruce1985 and Smith is @chwriting.

Here's a teaser for something very special coming to Rambling About Cars in a few weeks. Bruce and Smith have a special guest lined up to talk about all things related to the Ford Mustang, timed to coincide with National Mustang Day on April 17. He could well be the most knowledgable Mustang enthusiast and historian on the planet, and if you've attended a major Mustang event you've probably heard him speak. He's an author with deep ties to Ford, and he's so hardcore Mustang that he even owns a Mustang II. We'll have more to share on this must-catch podcast next week.