Which will reach production, and which are vaporware? Tom Moloughney from InsideEVs joins Bruce and Smith in the discussion.

It's podcast time! Electric trucks are coming, like it or not. There's actually a surprisingly long list of companies currently working on an EV pickup, so Bruce and Smith call upon InsideEVs Senior Editor Tom Moloughney to help sort through the electrified chaos. Which truck will reach the market first? Which trucks are just hype? And ultimately, will pickup buyers give up their gas and diesel rigs for quiet electric power?

This isn't an episode denouncing all things internal combustion by any means. Bruce, Smith, and Moloughney are legit car-crazy fanatics with a plethora of enthusiast-approved rides in their portfolio. Bruce loves his Mini Cooper, Smith annoys his neighbors with his 5.0 Mustang, and Moloughney talks about humiliating 5.0 Mustangs in a nitrous-equipped Honda CRX Si he once owned. So yeah, these are everyday enthusiasts talking about an electric future where eventually, EV pickups will dominate. Don't fret – it will be a good thing.

Before the EV revolution can happen, trucks need to actually reach dealerships. The trio opens the discussion with the electric pickup that arguably started the race to production, the Tesla Cybertruck. There's no reason to believe it won't go into production; the same can be said for the GMC Hummer, and with recent spy shots catching a Ford F-150 EV in production trim, it's just a matter of time as well. However, the Rivian R1T could beat them all to the punch – development has been steady and customer deliveries could begin in June.

EV Concept Trucks We Want To See On The Street: 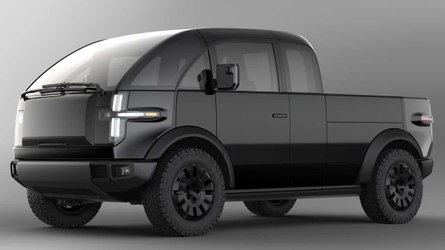 Canoo Electric Pickup Revealed With Pull-Out Bed And Side Storage
⠀ 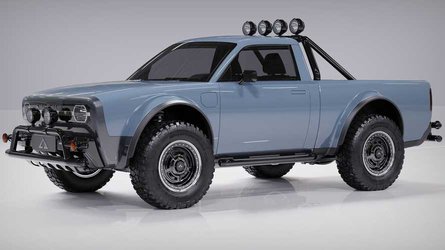 Which ones won't make it at all? The pomp and circumstance surrounding Lordstown Motors is deflating rapidly, especially after the company's only prototype burned to the ground in January. The Ohio upstart is also facing an SEC probe after a damning report from Hindenberg Research, so consider the Lordstown Motors death watch as officially underway. Beyond that, Bollinger, Atlis, Hercules, Canoo, Fisker, and Alpha are just a few of the brands discussed in the podcast. Some of these companies have actual prototypes, but most are just digital ideas at this point.

After an attempt by Bruce to derail Smith's train-of-thought with photos of a Mustang Mach-E filled with shrimp (yes, shrimp), the discussion turns to the elephant in the room. The trio takes a deep dive into America's truck culture, where some inconvenient facts for proponents of internal-combustion power are revealed. In short, it's extremely difficult to find fuel-powered advantages over electric-powered trucks. That is, unless you simply cannot live without a roaring engine or a cloud of diesel smoke. Of course, those two factors pretty much define truck culture. 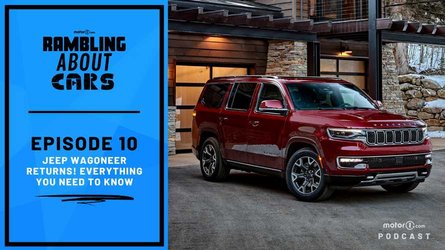 Everything About The Jeep Grand Wagoneer: Rambling About Cars #10
⠀ 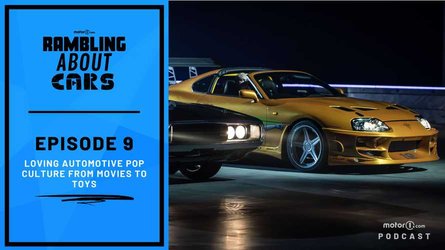 Very special thanks to Tom Moloughney for bringing his EV knowledge to this episode. Aside from catching him at InsideEVs, you can also keep up with him on his YouTube channel State of Charge with Tom Moloughney.

Rambling About Cars Episode #12 Preview: All About Bronco

We have a special guest from Ford joining next week to talk about the Bronco! Ford historian Ted Ryan will chat with Bruce and Smith about classic Broncos, new Broncos, and other interesting machines from the Blue Oval archives.

As such, we're opening the switchboard to Rambling About Cars listeners. If you have any Ford-related questions (particularly with a slant towards Bronco), send them to podcast@motor1.com. We will do our best to get them answered during the show.