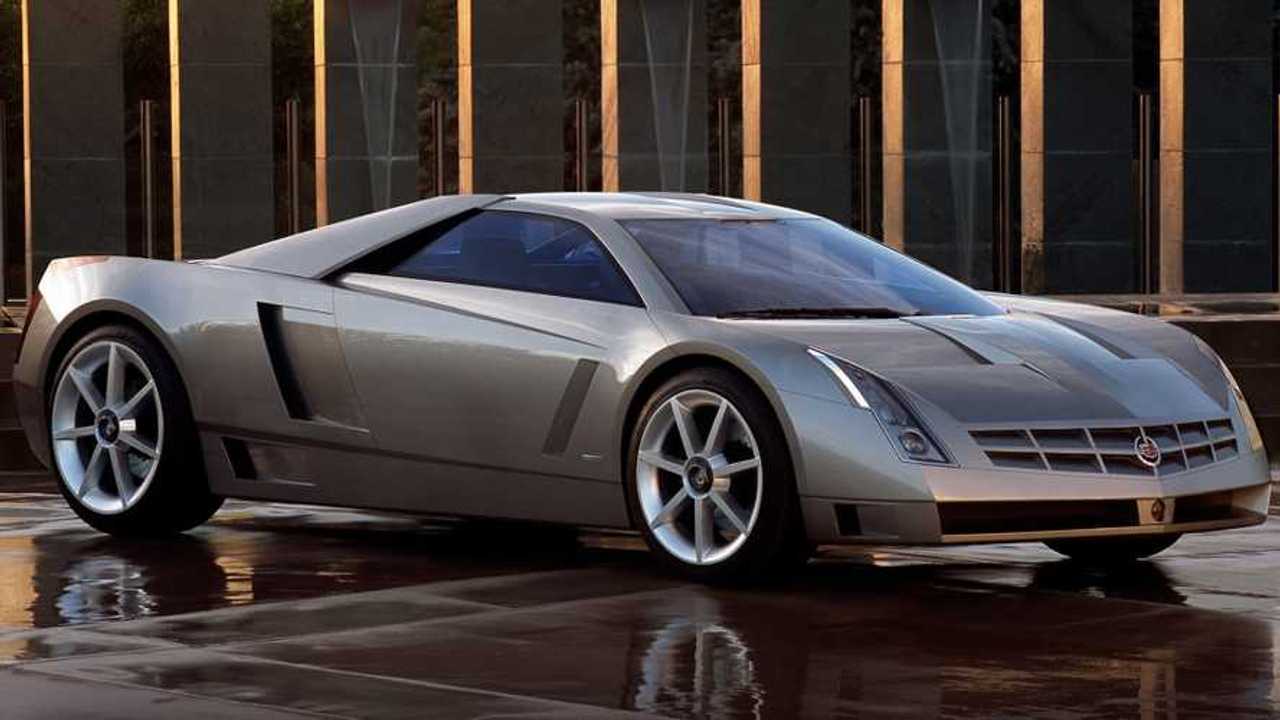 The mid-engined Corvette has nothing on this creased Cadillac.

Before the C8 was even a twinkle in GM's eye, Cadillac created a mid-engined supercar more powerful than Chevy's wimpy-in-comparison 490-horsepower (365-kilowatt) 'Vette. The Cadillac Cien debuted in 2002 at the Detroit Auto Show to celebrate Cadillac's 100th birthday, wielding a monstrous 7.5-liter V12 engine, an earth-moving 750 hp (559 kW) and 650 pound-feet (881 Nm) of torque, and drool-worthy styling.

Sculpted at General Motors' Advanced Design Studio in England by Simon Cox (the same designer behind the infamous Isuzu Vehicross and Saturn Sky, oddly enough), the Cien was the first of its kind for Cadillac. It ushered in a new era of angular styling for the brand that still endures today, to some extent. Not to mention it was a far cry from its more traditionally styled Corvette sibling looks-wise.

But it wasn't just styling that helped the Cien stand out. To date, it's still the most powerful road-going Cadillac ever built. Not even the quickest C5 Corvette of the time – the 405-hp Z06 – came close to catching the Cien in a straight line. The Cien could hit 60 miles per hour in an estimated 3.5 seconds, and continue on to a top speed of around 217 mph (350 kmh). All that power routed through a six-speed automatic transmission.

A few years after its debut at the Detroit Auto Show, the Cien took a starring role in director Michael Bay's 2005 film, The Island. And again it had a small part in Michael Bay's, Transformers: Age of Extinction in 2014. It also made its way to video games like Midnight Club, Gran Turismo, and Asphalt. But those on-screen instances would be the only time we'd see the Cien on the road outside of an auto show setting.

Cadillac never intended to produce the Cien. Similar to modern concepts like the Escala, Ciel, Elmiraj, and others, it was simply a prototype designed to gauge where consumer tastes were going. But with the mid-engined Corvette currently making waves, would it make sense for Cadillac to build a modern Cien in 2019? It would make sense.

Cadillac puts a big emphasis on its endurance racing program. But with the departure of the CTS-V, the brand has little to show in the way of performance. Only the CT4-V and CT5-V remain. Rumors suggest we could see a Corvette sub-brand in the future, which might yield a mid-engined Cadillac, but we won't know for sure until the next-gen Corvette makes its debut... probably not for another decade.