Every Vehicle Being Killed Off For 2022

Rust in peace for these cars you won’t be able to buy after this year.

We're already well past the halfway point of 2021, believe it or not, and some automakers have started rolling out their 2022 model year products in anticipation of the next six months. But as that fresh batch of cars makes its way to dealerships, we have to say goodbye to the many vehicles that won't be joining us next year.

By our count, there are already 13 vehicles that have been discontinued or phased out in 2021. Obvious ones like the Fiat 500L and Honda Clarity FCV simply didn't have enough sales power to stick around. Others, like the Lamborghini Aventador and Polestar 1, will be replaced by more modern options. There are more that will join this list as the months go on, but these are the ones that have already said their goodbyes.

When Fiat killed the 500 hatchback in the US for 2019, we knew it was only a matter of time before the forgettable 500L met the same fate. In its most successful year, Fiat moved just over 12,000 units of the funky Italian crossover. In 2020, that number dwindled to an abysmal 475 units. Now Fiat only sells one model in the US: the 500X.

With limited availability and a larger push towards electrification, the Honda Clarity fuel-cell wasn't long for this world. The first iteration debuted in 2008, but the second-generation model pictured here showed up globally in 2016 as a pure fuel-cell vehicle. In 2017, plug-in hybrid and fully electric options joined the range (the latter discontinued last year) – but they still weren't enough to move the needle. Honda sold just 11,654 units of the Clarity in the US in 2019, and a mere 4,215 examples in 2020.

Before you panic, don't worry – the Veloster N is sticking around for now. As for the base Veloster, R-Spec, and Turbo models, that trio won't make it to the 2022 model year. Hyundai announced the change in July, saying that market demand forced the company to reconsider its strategy in the US for the funky hatch.

Had you forgotten that the Kia Cadenza still existed, you'd be forgiven. The company sold just 1,265 examples of the fancy sedan in 2020, and a mere 1,577 examples the previous year. Kia has now changed the Cadena's name to K8, given it a totally new platform, and moved all its sales outside of the US.

Just like the Cadenza, Kia will continue to sell the K900 in markets outside of the US under a new name (K9) – but the full-sized sedan is dead in the US. The K900 was an even worse seller than the Cadenza, with just 305 examples bought last year and 392 examples in 2020. Throughout its seven-year run in the US, the K900's best year came in 2015, when the company sold just over 2,500 units.

Pour one out for Lamborghini's last naturally aspirated V12 ever. The Aventador caps off its 10-year production run in the States with the Ultimate Edition before the company plans to replace it (for good) with a hybrid model. Don't expect the V12 to disappear from Lambo's lineup entirely, but virtually all Lamborghini models moving forward will have some sort of hybrid tech.

The Mazda 6 had a relatively successful run here in the US, spanning three generations over the model's 16-years on sale. But the rise of crossovers essentially doomed the Mazda 6 as it has most sedans; the company moved just over 16,000 units in 2020, a far cry from the 70,000 units Mazda sold in the four-door's first year in the US.

As Mazda continues to revamp its lineup, that means outdated products like the CX-3 have to go. With the new Mazda 3 hatchback and the arrival of the CX-30 small crossover, there simply wasn't any room for the slow-selling CX-3. Mazda moved just over 8,000 units of the CX-3 in 2020, and only 18,000 units in its best year.

The Mercedes-AMG GT range now includes the 710-horsepower, track-focused Black Series, which leaves little room for the performance-oriented GT R. The company announced its discontinuation for the 2022 model year, saying the Black Series was the “new flagship for the GT two-door model range.” 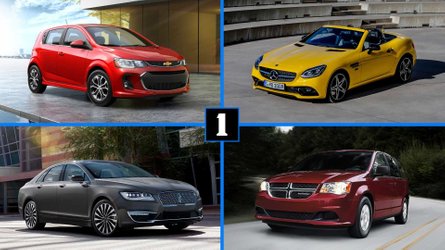 We knew the Polestar 1 wasn't long for this world, but it's still sad to see it go. The company announced the end of its production run after this year, marking just under five years on sale in the US. The Polestar 1 was the first and only hybrid model in the company's range, and soon it will be replaced by a fully electric version of the Precept concept that debuted last year.

In a somewhat surprising move, Rolls-Royce is ending production of the Dawn convertible and Wraith coupe in the US this year. Regulatory issues doomed the two models, in part, but the duo also uses an outdated BMW platform that dates all the way back to 2007. The smaller Ghost, meanwhile, has moved to a modern Rolls-Royce platform shared with the Cullinan.

The Tesla Model S Plaid Plus wasn’t so much discontinued as it was never produced in the first place. Tesla announced the range-topping performance option in 2020, with an estimated price tag of $149,990, a 0-60 time of under two seconds, and 520 miles of range. Instead, CEO Elon Musk said that the Plaid Plus model would be canceled in place of the normal Plaid variant.

Volvo isn’t killing the entire V90 range – at least not yet. The company announced earlier this month that it was discontinuing the standard V90, but keeping the V90 Cross Country as a special order option in the US.