The entry-level crossover from VW could mean big things for the company’s US sales.

Although it’s one of the world’s largest automakers, Volkswagen is in need of some direction. Still reeling from an emissions scandal in 2015, the company has a few objectives for the next couple years: regain consumer trust; build US-market sales; and develop a holistic relationship between executives, designers, and engineers. Surprisingly, the 2022 VW Taos subcompact crossover might be the company’s one-stop solution to each of those issues.

The Taos will slot in under the Tiguan in the company’s US crossover lineup, giving Volkswagen a competitor to the likes of the Nissan Rogue Sport, Hyundai Tucson and Kona, Kia Seltos, and Subaru Crosstrek. And like other Volkswagen models, the Taos trades hard on its Teutonic roots (even though it will be built at a plant in Puebla, Mexico, and it shares lots of dirty bits with the Chinese-market VW Tharu). 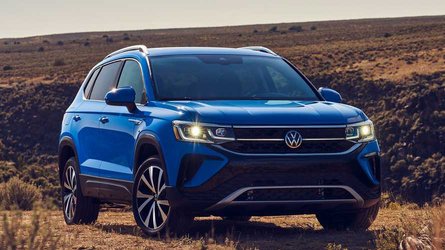 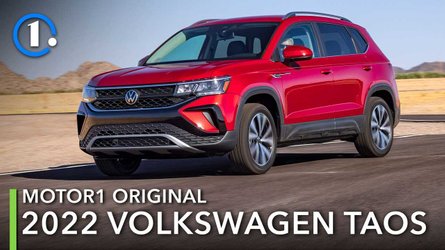 Nevertheless, alongside the ID.4 all-electric crossover, it represents a new era of Volkswagen vehicle development, one that we got to sample during a recent drive of a 2022 Taos prototype.

Johan de Nysschen, Volkswagen Group’s chief operating officer, says that a key component to the brand’s future success is building regionally appropriate vehicles. As such, the days of a massive, centralized VW headquarters calling the shots around the world are gone. Instead, Wolfsburg will strategize only generally, leaving details to local leadership.

Using that ethos, the Taos uses the Modular Transverse Matrix (MQB, in German) architecture, underpinning every US-market VW except the Passat – as well as many global models like the T-Roc, Polo, Audi Q3, and Skoda Karoq. The stiff chassis identifies it as a German-engineered vehicle, dressed up with region-specific vehicle styling and consumer touchpoints (the body and interior “tophat,” to hear de Nysschen say it). That means that the Taos will receive its own unique cabin materials, rather than borrowing from the visually similar Tharu or other global-market SUVs.

What’s more, the Taos also gets an exclusive powertrain, a turbocharged 1.5-liter inline-four evolved from the current Volkswagen Jetta’s 1.4-liter with a long list of efficiency- and power-boosting enhancements. An APS coating on the cylinder liners reduces friction significantly, while a map-controlled cooling module warms the engine up quickly and keeps it running at its most efficient temperature. Higher-pressure fuel injectors provide better fuel atomization and more complete combustion, reducing emissions. Helping matters is a high (for a turbo, anyway) 11.5:1 compression ratio.

The 1.5-liter engine runs on the Miller combustion cycle, in which the intake valves close early on the induction stroke to assist fuel economy. And most impressively, the Taos is North America’s first application of a volume-produced variable-geometry turbocharger. Moving turbocharger vanes reduce lag at low engine speeds and avoid wastegate mass flow at higher rpms, improving both performance and efficiency. In sum, the little four makes 158 horsepower and 184 pound-feet, an increase of 11 ponies over the 1.4T in the Jetta. Although peak torque remains the same, Volkswagen says that more twist is available across the entire rev range.

On The Road Again

The engine’s increased tractability is immediately noticeable upon rolling out of the parking space. While subcompact crossovers sometimes penalize their drivers’ budget constraints with wheezing powertrains, the Taos feels muscular down low, with plenty of torque for merging into urban traffic. Power doesn’t fall off at higher engine speeds, either. Instead, the little VW’s turbo mill feels surprisingly capable, whether stepping off the line with an eco-minded featherfoot or upshifting at redline under full throttle.

The Taos feels muscular down low, with plenty of torque for merging into urban traffic. Power doesn't fall off at higher engine speeds, either.

Front-drive models will transmit that grunt to the wheels via an eight-speed automatic transmission that, in pre-production form, seemed a bit reticent to downshift once underway. The all-wheel-drive Taos will receive a seven-speed dual-clutch transmission that should be nippier and more willing to play – meanwhile, Volkswagen might retune the conventional auto for better performance before the vehicle arrives on the market next year, so we’ll withhold final judgement.

In terms of ride and handling, the 2022 Taos shows promise, but we can’t help but be a little concerned about some of the behaviors the pre-production prototype exhibited. At freeway speeds, the little Volkswagen felt a bit twitchy, with steering that made it difficult to establish a consistent, straight-ahead path. Measuring 11.4 inches shorter than the Tiguan, the Taos might also suffer from some short-wheelbase nervousness. Again, VW engineers have months to sort out those concerns, so we’ll see if the Taos is any better when it arrives on the market summer 2021. 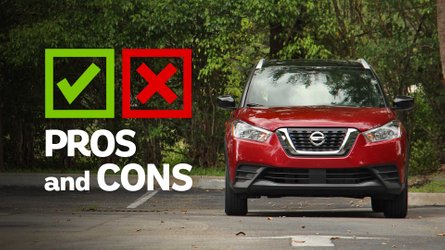 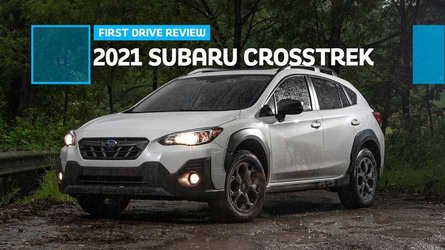 Its cabin is an attractive and comfortable place to spend time, with sophisticated styling, plenty of space, and a Volkswagen Digital Cockpit instrument cluster. The interior isn’t quite ready for prime time, so VW wouldn’t allow us to spend much time poking and prodding (much less taking photos), but it should be class-competitive in terms of materials quality and comfort. Soft-touch upper door panels and armrests look and feel nice, as does our test vehicle’s leather-wrapped steering wheel. There are some unfortunate plastics found on the lower dashboard and door panels, likely a result of the company’s cost-cutting in US-market products.

What’s Next For Taos?

The Volkswagen Taos will take its first bow on October 13. The company promised that we’d see the entry-level SUV in dealer showrooms next year as a 2022 model. Pricing is still a mystery (and likely won’t be announced until closer to launch), but it will definitely be cheaper than the Tiguan, which starts at $24,945 for 2020.