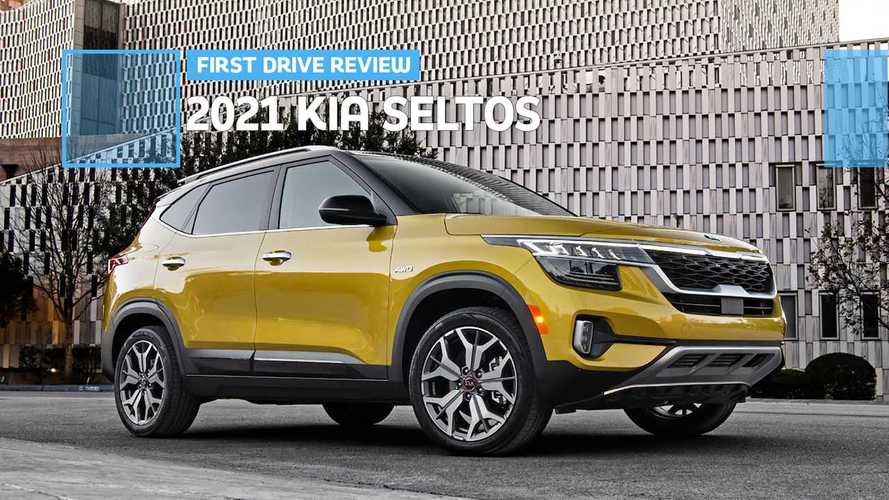 It’s no secret that the Kia Telluride is a smash hit. The award-winning three-row still sells ferociously, even more than a year after its launch. So much so, in fact, that Kia execs call the brand’s big crossover the "Selluride" because of its success. But why talk about the brand's bigger, more established sibling at the start of a review for the 2021 Kia Seltos?

There's a good reason for that. As the newest member of Kia’s crossover family, the Seltos takes the rough-and-ready style of the Telluride and shrinks it down to a much smaller package. This strategy works well in some cases, but misses the mark in others. Even so, in the magma-hot subcompact segment, the Seltos’ available all-wheel drive and stand-out styling are sure to make it a success with shoppers.

Spend some time with the Seltos in the metal and it’s clear that the looks are not for everyone. The new CUV shares a platform with the Hyundai Kona, though line the two up next to each other, and it would be hard to tell. In terms of Kia’s crossover lineup, the Seltos slots in above the boxier Soul and below the compact Sportage. The only obvious DNA shared between the cars is the company’s signature “tiger nose” grille, which weaves its way into each Kia product, and makes a noticeable impression here.

Unlike the more pedestrian Sportage and the funky Soul, the Seltos tries to convince you of its ruggedness through design. Cues like body cladding and the optional 17-inch alloy wheels with their spider web design toughen the little crossover up, in addition to the cosmetic skid plates and roof rails. In typical Kia fashion, the daytime running lights are extremely ornate and stretch from the outer-portion of the headlights to near the center of the front grille. Things are much more tame behind the rear axle with sleek taillights and a thing metallic strip that runs across the middle of the tailgate.

The overall design is abstract, but generally pleasing to the eye. Pro tip: opt for the two-tone paint scheme with the black roof, as it tames the design and makes the entire package much more appealing, especially on our Starbright Yellow test car.

If the looks don’t do it for you, then there is a good chance that the Seltos’ interior might. For a car south of $30,000, this Kia offers a nice mix of comfort and technology. All of the cheap plastics sit mostly out of view, and the center stack is neat and tidy with spaces for phones, drinks, and other items. We also appreciate the great forward visibility, too, thanks in part to the tall ride height and big windshield. Only the driver’s seat is power-operated with lumbar adjustment, but both front seats are plenty supportive. Even a brief stint in the backseat proves acceptable, with decent knee room and plentiful headroom thanks to the slight recline in the rear bench. That said, our top-tier SX tester is missing some features, like dual-zone climate control, that would further sweeten the deal.

If the looks don’t do it for you, then there is a good chance that the Seltos’ interior might.

Nothing but good news to report regarding screen size, at least on the loaded SX model. Every Seltos comes standard with an 8.0-inch touchscreen with Apple CarPlay and Android Auto. Opting for the SX brings a 10.2-inch touchscreen, in addition to a 7.0-inch display in the gauge cluster. The center touchscreen is great to interact with here, just as it is in other Hyundai/Kia products. Graphics are clear as day and it’s easy to swipe from menu to menu. Other highlights include an optional Bose sound system (the first for any Kia product) and ambient lighting package, which make things feel upmarket.

In the all-important safety tech category, the Seltos comes with an impressive array of kit. Truthfully speaking, you have to upgrade from the base front-wheel-drive LX model to get the most desired features, but there are many to choose from. Starting on the second-tier S trim, lane departure warning, lane keeping assist, blind spot monitoring, and rear cross-traffic alert come with. Only on our SX test car has adaptive cruise control available, which we used extensively on our drive with little complaints. The lane-keeping assist system kept the car centered in the lane, while the adaptive cruise maintained a consistent distance from the vehicle ahead, all the way down to zero. Each of these systems worked reliably for extended periods of driving.

A few hours driving the Seltos reveals what we sort of already knew: this crossover is best suited for tarmac, not dirt (at least, until a more-rugged version shows up). Kia employees hinted and at a more off-road-ready Seltos soon, but didn’t mention when. At the moment, the car launches with optional all-wheel drive, hill-descent control, and a locking center differential. But the Seltos lacks a dedicated off-road driving mode, a more-capable tire option, or a real, functional skid plate that will actually protect the car from damage. A very brief stint on a dirt road confirms that the Seltos would benefit from a harder core off-road model. If you desperately need a crossover that performs off-road, we will happily point you in the direction of a Subaru Crosstrek or Jeep Renegade, two of its more-sturdy competitors.

Under the Seltos’ hood is a standard 2.0-liter four-cylinder making 146 horsepower and 132 pound-feet of torque. However, we spent our time exclusively with the optional turbocharged 1.6-liter four-cylinder which bumps power to 175 hp and 195 lb-ft. The optional engine also swaps the standard continuously variable transmission for a seven-speed dual-clutch. Kia uses the same engine in the Soul GT-Line, where it makes 201 hp, but it’s slightly detuned in the Seltos for better efficiency, says the company. The upside there is 25 miles per gallon in the city, 30 highway, and 27 combined.

A few hours driving the Seltos reveals what we sort of already knew: this crossover is best suited for tarmac, not dirt.

With the extra power from the turbocharged engine, the Seltos feels adequate in just about every scenario. During our drive through the outer-San Antonio area, the compact Kia exhibited composed, comfortable ride quality and impressive noise insulation. Only during hard acceleration does the four-cylinder’s noise penetrate the cabin dramatically.

There’s not much to report in the way of dynamic impressions, though. The steering is extremely numb, negating any quality feedback, and cornering with any sort of intensity brings obvious body roll to the party. Stab the go pedal hard off the line and the seven-speed short shifts, preventing the Seltos from building up the power that it needs to get out of its own way. Even with these flaws, the Seltos is an adequate daily driver with a likable personality – for the majority of buyers in this segment, it will be just fine.

As evidenced by the flurry of new subcompact crossover unveilings from the past year, this segment is getting even more crowded. Choosing the best of the bunch is a matter of personal preference. For off-road driving, the Jeep Renegade Trailhawk or Subaru Crosstrek are your best bets, while those who crave the most luxurious interior and entertaining driving character should consider the Mazda CX-30. The Honda HR-V and Toyota C-HR are still around, and there are more options on the way, like the Chevrolet Trailblazer. Choice is not the problem here.

But just as the company does with other products (ahem, Telluride) Kia has created a well-rounded product with great options for slightly less money than most of its competitors. The cheapest and only front-wheel drive Seltos starts at $21,990, while our maxed-out all-wheel drive SX model rings in at $27,890. Nearing thirty grand puts things into more expensive territory, but many of the Seltos’ competitors do the exact same thing. Whether or not Kia’s attempt to re-package the Telluride’s charm will resonate remains to be seen, but our time with the Seltos is convincing enough to say that it has a good shot. 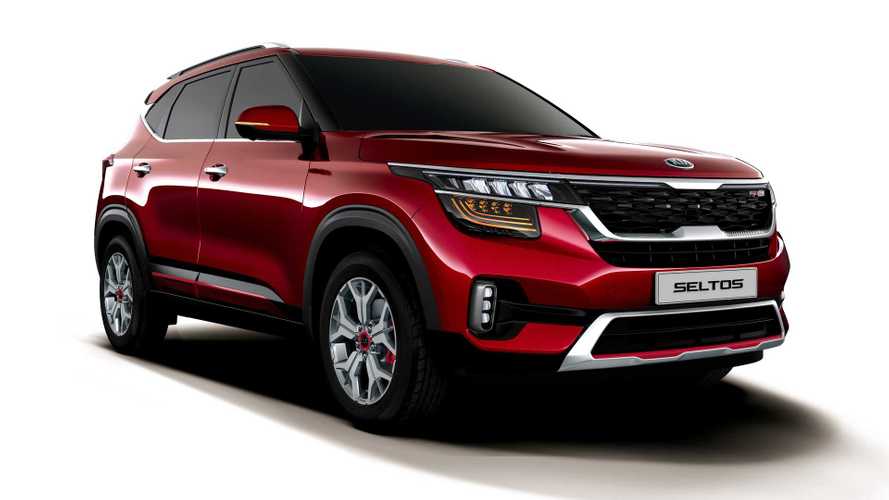