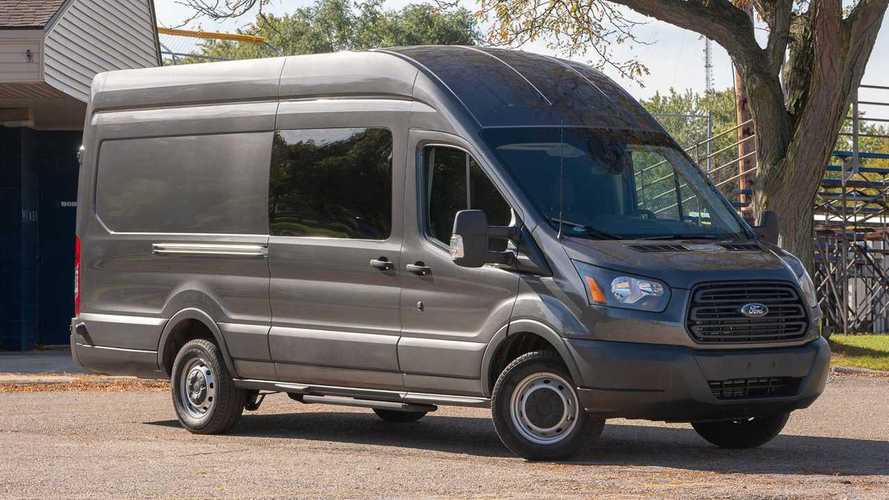 The king of cargo.

Cargo vans are the antithesis of sexy. They’re boxy, utilitarian, and noisy, but they’re also the backbone of American small business. They’re crucial to caterers and plumbers and mechanics and electricians. Think of where you’re living – it likely wouldn’t exist if it weren’t for the versatility of cargo vans.

And in the case of where I live, a cargo van was crucial. Not just to the building, but to me moving in. When I bought my new home in October, the question of which vehicle I’d press into service to get the countless boxes from old house to new was never in question: I wanted a Ford Transit.

The Transit is to cargo vans what the Porsche 911 is to sports cars, or the Range Rover is to SUVs. It’s the Kleenex to tissue paper and the Coca-Cola to pop. It’s ubiquitous. And that’s because as cargo vans go, it’s the best around.

But being the best is not cheap. The 2018 Transit is available in either Cargo Van or Passenger Wagon, but for moving house, the Cargo Van is the obvious choice. Prices start at $32,380, but if you really want to move stuff, you won’t want that model – it has the shortest of three wheelbases and three roof heights. If you want the brute you see here – the high-roof, extended wheelbase – prices start at $38,950.

My tester also features the optional twin-turbocharged 3.5-liter V6 engine. I’ll explain why this is an absurd option in a bit, but for now, its $1,865 premium should suffice. That was the big-ticket option, while a spattering of other cargo- and work-friendly options – including a back-up siren that started out as hilarious but soon had me worried about my new neighbors’ first impression of me – added a further $6,770 to my Transit’s price tag.

The only designers in the auto industry with less freedom than Porsche 911 designers are the folks that sketch out cargo van. That’s less because of tradition and far more because of necessity – a squared-off, boxy shape grants the most cargo space, and cargo space is king.

The Transit’s only personality sits ahead of its B-pillar, just like its competition. There, we see a Ford corporate face with an Edge-like grille and prominent headlights. The upright face and expansive windshield aren’t especially attractive, but they provide excellent visibility from the driver’s seat, while the tiny front overhang makes it easy to place the Transit on the road. That said, the long rear overhang makes the Transit a menace to reverse. Slim, vertical taillights look nice and blend into the Transit’s tail, while rear barn doors grant easy access to the cargo hold.

The Transit Cargo Van only comes with two seats and a comfortable, upright seating position. Ingress and egress are simple, which surely benefits workers who need to spend long days climbing in and out of the cabin. Tradespeople can do a lot worse than a Transit.

At the same time, there’s a freakish amount of space in the back of this high-roof, extended wheelbase model. I’m pretty sure the 487.3 cubic feet of space is roomier than my first college dorm. Plus, at six feet, one inch tall, I can literally stand up in the back with plenty of room above my head.

Both barn doors open well past 180 degrees, while the huge sliding side door and auto-extending sidestep make loading and unloading the Transit as effortless as possible. I moved dozens of boxes during my week with the Transit, and, while that sucked, getting them in and out of the van was as simple as moving can be (short of paying someone).

Optional extras improve life, too. Nearly every one of my friends that helped me move, in addition to the professional movers that handled the big furniture, remarked on the usefulness of the LED cargo lights. Even as the days shortened, I was able to keep on moving stuff in and out of the Transit thanks to its ample interior lighting.

Yeah, the Transit didn’t really have a shot here. With 80 percent of the cabin stripped out and lined in durable vinyl, there isn’t a lot of room for tech. That said, there is a six-speaker audio system that qualifies as “Not Terrible,” but it’s controlled via an optional, navigation-enabled version of Ford’s Sync 3 infotainment system. In such a large cabin, the 6.5-inch touchscreen feels remarkably tiny and old.

Other tech feels decidedly old fashioned. There’s cruise control and a tiny instrument cluster display but forget about heated seats or automatic climate control, though. And yes, you’ll need to put a physical key in the steering column.

Holy moly, the Transit is hilarious with its optional EcoBoost engine. This is the same twin-turbocharged 3.5-liter V6 found in the F-150 and Explorer. But in the Transit, there’s 310 horsepower and 400 pound-feet of torque, which is wildly unnecessary in a cargo van. The Transit is genuinely quick in a straight line, with the engine revving with much the same urgency as it does in other Ford products. It’s a remarkably likable thing.

The six-speed automatic transmission feels a little old fashioned, but it manages the V6’s power unobtrusively. Still, the pairing of the hi-po engine with this gearbox grants the Transit a 7,500-pound towing capacity and, in Transit 250 guise, a 9,000-pound gross vehicle weight rating, regardless of wheelbase or roof height.

Handling is less thrilling, which makes sense in a vehicle that’s just 81.3 inches wide and 109.4 inches tall. To say the Transit is top heavy is an understatement – have a look in the gallery to see just how tall the Transit is compared to a normal small CUV and, um, a house. Yet if you keep the lofty center of gravity in mind, the Transit is easy enough to drive. In fact, spend enough time behind the wheel and it starts to feel like a very tall Focus. That it is so narrow makes this big van reasonably easy to place in tight lanes, too.

Braking and steering are neither good nor bad. The brakes work confidently and authoritatively, even if feedback through the pedal is lacking. Communication is similarly absent in the steering, although Ford has dialed in the right amount of weight, be it at low or high speeds. In short, the Transit isn’t fun to drive, but it is easy to deal with in nearly every circumstance.

The Transit lacks nearly any active safety gear, aside from lane-keeping assist. There’s no blind-spot monitoring or adaptive cruise control or really anything beyond stability control. At the same time, neither NHTSA nor the IIHS has crashed the Transit, so it loses points in that category as well.

The Transit also loses points for its halogen headlights, and while forward visibility is among the best on the market, the sheer length of the Transit and the fact that Ford charges a premium for rear and side glass mean I have to ding it a point for poor visibility.