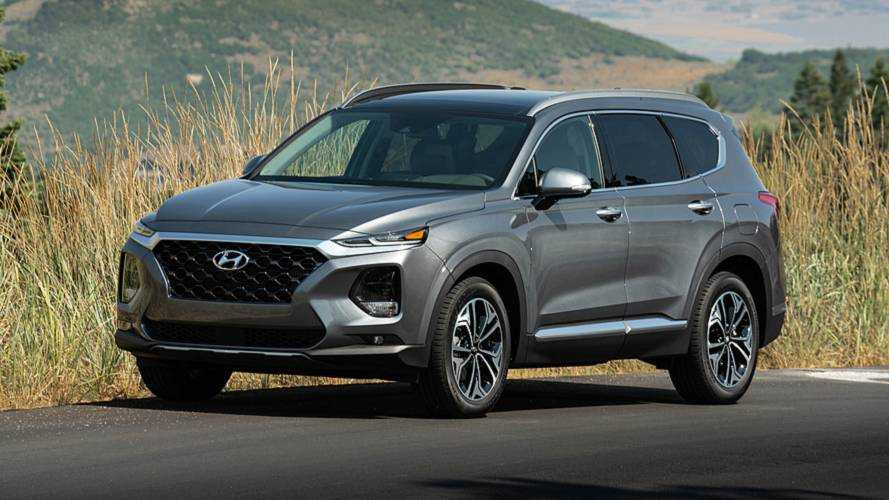 Just don't take it into the mountains.

To sports aficionados, Park City, Utah, is synonymous with all things winter: lots of snow, lots of slopes, lots of mountains, lots of ski lifts. But here I am enjoying 7,000-foot Olympian views in August. There are no falling flakes in sight on this 72-degree Fahrenheit day. So, where does the all-new 2019 Hyundai Santa Fe fit in? Well, it’s got the thrill and excitement of a resort vacation – but in the off-season. All the goods are still there, but some of the best stuff is invariably closed for the true enthusiasts.

This isn’t to say that the fourth-generation Santa Fe is a bad vehicle. Built in Alabama, the updated crossover is actually quite good, and consumers will be pleased with their purchase. It’s just not made for adventurous excursions beyond, say, the occasional family camping trip. Case in point, the new HTRAC all-wheel-drive system.

For the first time in a Hyundai vehicle, an AWD system is optimized via a direct link to drive modes, of which the new Santa Fe has three: Normal, Sport, and Smart. And they’re appropriately color coded (e.g., a red speedometer border for Sport) so you’ll never have to guess which drive mode you’re in. Because you will, in fact, be guessing as my co-driver and I barely sensed the difference when switching between drive experiences. Perhaps this was due to the varying degrees of road surfaces along Utah’s mountainous terrain. Because we drove on everything from silky smooth to jarring gravel with nary a distinction in dynamism.

However, it was on those twisty, curvy, dirty paths through the region’s national forests that made me feel something other than confidence behind the wheel. And the drive route featured such roads in excess. There were enough “off-road” miles to make Jeep and Subaru owners giggle but others want to cry “Uncle.”

The Santa Fe is not meant to be a rally competitor, yet it acted as if it were capable of such feats, possessing a strange eagerness to drift around blind corners. But instead of torque vectoring like it’s supposed to, the Santa Fe’s tail end would slide out just to the edge of out-of-control. Granted, the vehicle always recovered with the help of some strategic counter-steering, but even when following our hurried photographer for some car-to-car video, I opted to play it slow and safe behind his seemingly more stable rental fleet Nissan Pathfinder.

And I really wanted to feel confident that day. Sigh.

But I suppose the Santa Fe isn’t necessarily about enjoying driving. I mean, really, that’s why the Porsche 911 and Mazda MX-5 Miata still exist. No, the Santa Fe is about enjoying the drive. Regardless of dynamic mode or drive system, Hyundai’s reengineered its mid-size crossover in the modern mantra of lighter, stronger, and smoother. Aside from the slide-addicted HTRAC, I mean.

Hyundai reengineered its mid-size crossover in the modern mantra of lighter, stronger, and smoother.

Now, although the Santa Fe can’t get into a ring with the Range Rovers of the world, the updated CUV makes a strong case for itself against the cars Hyundai called its competition – the Ford Edge, Jeep Cherokee, Kia Sorento, Nissan Murano, and Subaru Outback. These are all mid-size crossovers but of the somewhat brawny variety.

The new Santa Fe is noticeably more masculine than the Santa Fe Sport it replaces in the Hyundai line-up. With a 187.8-inch frame sitting on a 108.9-inch wheelbase, the 2019 version is almost two inches longer than the previous generation. Losing 0.4 inches in height but gaining 0.4 in girth, the vehicle’s profile appears hulking, but new character lines matched with updated front and rear fascias offer a handsome overall appearance.

In the rear, designers squared off the once shapely sheet metal, creating a heavy-set form not unlike the latest crop of new-to-market three-row crossovers like the Subaru Ascent and Volkswagen Atlas. However, updated LED taillights along with prominent silver-matching trim pieces and larger, layered reverse lights and reflectors present a premium pose.

The front is dominated by Hyundai’s signature “cascading” grille, buttressed by a stacked fog light assembly. The carryover painted wheel well and side body panel feature silver inserts for more of that high-end feel on upper level trims.

The outside mirrors also have been relocated to topside of the door, moving from its former placement as part of the window assembly. This minor change creates another open sightline for increased visibility when turning.

Pricing starts at $26,480 MSRP for the SE trim and climbs to $36,430 for the Ultimate model. A new eight-speed automatic replaces the previous six-speed transmission. But like the previous generation Santa Fe, power comes in the form of four-cylinder engines in turbo and non-turbo variants. The standard propulsion system for all Santa Fe vehicles is a 2.4-liter with an output of 185 horsepower and 178 pound-feet of torque, while a 2.0-liter turbo is available on the upper level trims – Limited and Ultimate. The larger engine offers a punchier 235 hp and 260 lb-ft of torque. Both feature idle stop-and-go technology.

The larger engine offers a punchier 235 hp and 260 lb-ft of torque.

Although not all-new, both engines have been updated for the 2019 model year and now feature electrically actuated continuously variable valve timing. This E-CVVT technology is said to improve fuel economy and performance but, by the numbers, EPA-rated fuel economy surprisingly dropped for the 2.0-liter turbo.

Even when shedding pounds thanks to architectural improvements such as a 14-percent increase in high strength steel and 45-percent more structural adhesive, fuel economy falls to 20 city, 25 highway, and 22 combined for front-wheel-drive models and 19/24/21 for all-wheel drive versions. The outgoing Santa Fe Sport had recorded 20/28/23 and 19/26/22, respectively.

At mountainous elevations – like the varying 7,000-to-10,000-foot landscapes of our north-central Utah drive route – the turbo managed to hold its own, maneuvering about easily enough and with little hint of lag. But that’s if the hills and descents are slow and steady.

Anything more than a gradual climb will have the engine cursing to the gods of the Wasatch Range. The 2.0-liter turbo model, though, was quiet and compliant during the rest of the drive, with handling and dynamics on par with the complaint stiffness showcased by vehicles in this class.

However, en route to a hill climb exercise located near the 9,700-foot summit of Empire Pass in Deer Valley, the 2.0-liter became the little engine that couldn’t. The turbo huffed and puffed. And this first sign of gasping was as surprising as it was disconcerting. The struggle was literally real for the Santa Fe.

The struggle was literally real for the Santa Fe.

The experience was even more disappointing behind the wheel of the 2.4-liter. Just a quick jaunt around downtown Park City and it was evident the smaller engine would have big problems the higher it dared to dream. Heading back to the Deer Valley neighborhood of ski resorts, the base engine felt underpowered, howling away at the modest hill ahead.

Despite its struggles climbing mountains, the Santa Fe excels in nearly every other way. The cabin is comfortable and the headliner of the Ultimate trim I drove is made of some fantastically soft material that is befitting your favorite homebody hoodie. The controls and functions are easy to learn, the seats are comfortable, and the textures are anything but boring.

Even the pricing structure of the five trim levels is simplified: what you see is what you get. There are no packages or required pairings. Want keyless entry and push-button start? Choose any model that isn’t the base SE. If you want leather, that would be a Santa Fe Limited or higher. But the real gem of this all-new Santa Fe is its safety.

Hyundai’s SmartSense umbrella of safety features outclasses many vehicles, regardless of segment. For example, there are eight driver- and occupant-assisting technologies that are included on all models. These include impressive multi-assist features such as blind spot monitoring and adaptive cruise control with start-stop.

Specifically deserving kudos are safe exit assist and the available rear occupant alert. With the former, radar is detects vehicles approaching from behind. If a rear passenger were to pull on the door handle, audio and visual warnings in the center cluster will alert the driver. The system takes its automatic locking mechanism a step further by overriding the child safety lock feature. Even if the driver disables the child safety system, safe exit assist will keep the doors locked until the approaching vehicle has passed.

Hyundai’s SmartSense umbrella of safety features outclasses many vehicles, regardless of segment.

Rear occupant alert addresses an unfortunate but increasingly real-world problem: children and pets being forgotten in vehicles. Several automakers already implement rear seat reminders that activate should the rear doors be opened when the vehicle is started but not reopened when the engine is shut off, or else they utilize weight sensors within the seats.

Hyundai’s system is notable as it incorporates ultrasonic sensors that detect movement, which will suggest something beyond a forgotten grocery bag. The system also uses a tiered warning system. First a reminder message appears within the driver information cluster display. If the driver exits the vehicle and the doors are locked, the system will activate the vehicle’s horn as well as send a text alert via Blue Link, Hyundai’s telematics suite, if movement is still detected in the vehicle, encouraging the driver to return.

I personally hate that such a system has to even exist to remind folks of the living and breathing persons and pets that are in their care. Frankly, it makes me angry. But I am also thankful that companies like Hyundai are making efforts to help save lives and families even when their vehicles aren’t in motion or operation. For that, a screaming engine at elevations limited to small swaths of the country is a welcomed sound over that of a screaming loved one trapped in a locked car. 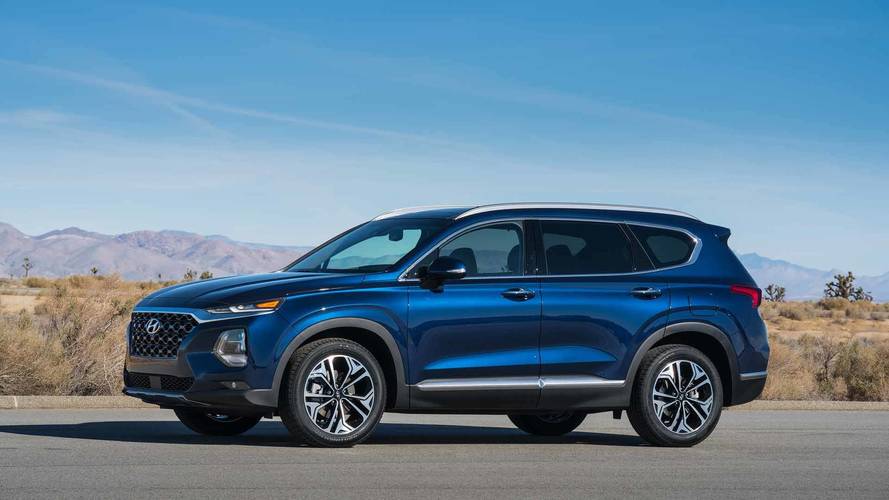